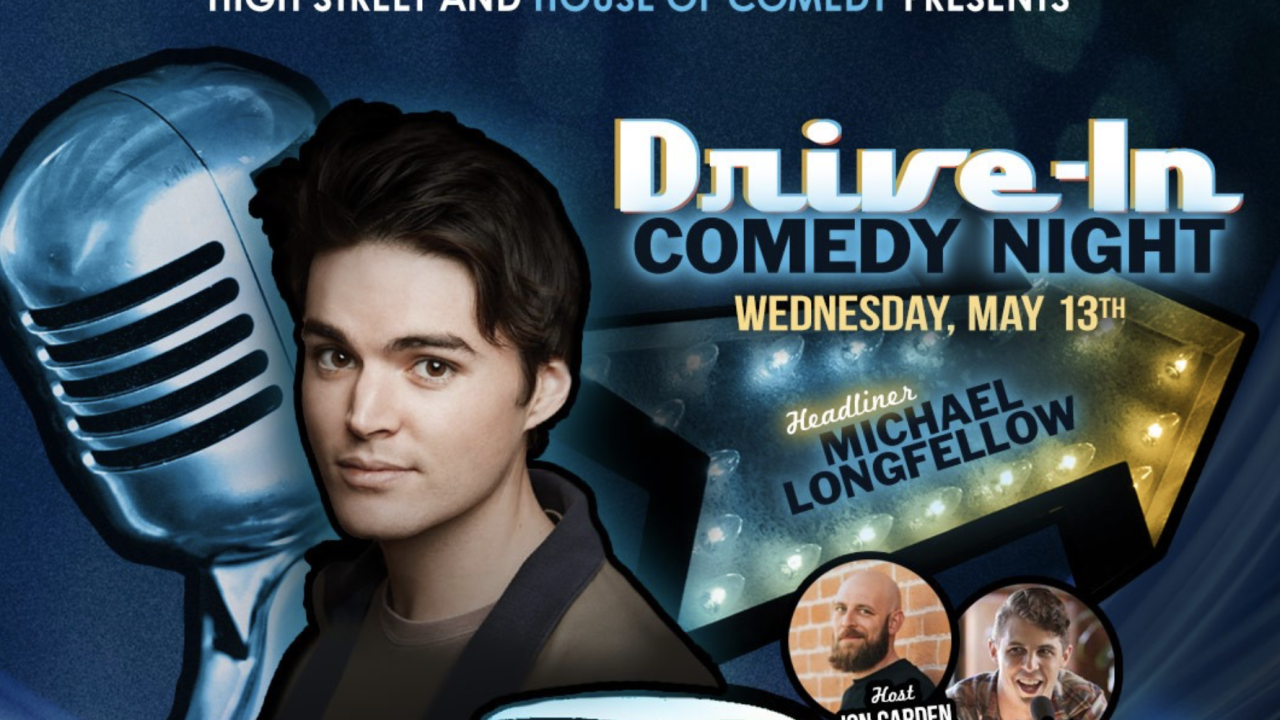 PHOENIX — Who's up for a comedy show?

Rick Bronson's House of Comedy and High Street, the shopping and restaurant complex near 56th Street and Deer Valley Road in north Phoenix, will host a free drive-in comedy show for adults on Wednesday evening, May 13.

The show will be held in the east parking lot near 55th Street and Deer Valley Road. The parking lot will open at 6:30 p.m. and the show is scheduled to start at 7:30 p.m.

While the show is free, tickets are required and are "limited" due to space in the parking lot. Tickets can be reserved at https://az.houseofcomedy.net.

Comedian Michael Longfellow will headline the show, along with Charles Engle and Jon Carden. Longfellow was previously a regular performer at Tempe Improv and Stand Up Live and has since moved to Los Angeles, California. He has also performed on NBC's Bring The Funny, Conan, and TBS's Comics to Watch, a news release said.

The content of the shows would be suitable for those 18 and older, a news release said. The show will be broadcast using a local FM frequency so people can listen to the show through their car radio. People are not able to stand outside their vehicles or sit on lawn chairs or blankets.

Some restaurants will be open for takeout, including Mellow Mushroom Pizza, Modern Margarita, Hula’s Tiki Bar, La Bocca Urban Kitchen and The Stir Coffee Bar, according to a news release. Beginning Monday, restaurants in Arizona were allowed to open their dining rooms.

Those who attend the show have also been asked to make an online donation to St. Mary's Food Bank via stmarysfoodbank.org.