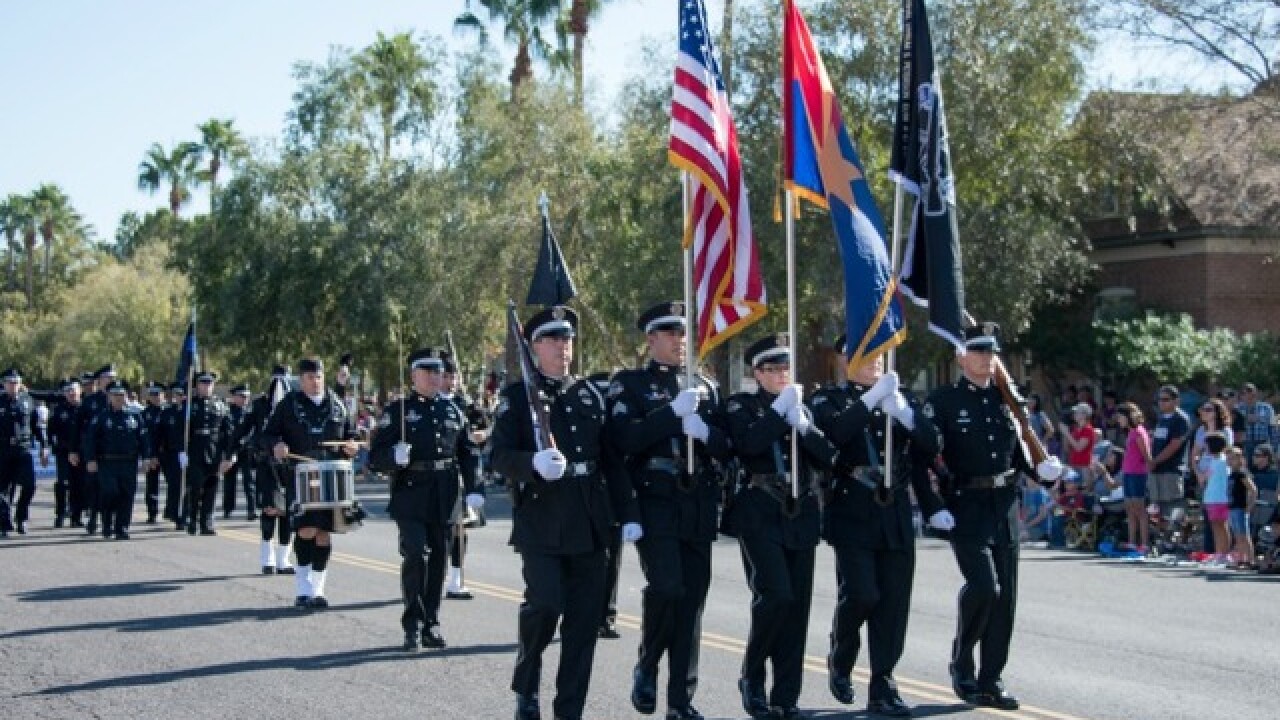 PHOENIX — The East Valley Veterans Day Parade will go on in downtown Mesa on Wednesday, Nov. 11, but instead of its traditional format, this year the public will get to be front and center in the parade as it transitions to a drive-by parade.

This year the public will drive along the traditional parade route and pass by dozens of stationary military vehicles, helicopters, and other military-related displays, according to Lisa Sandoval, director of the East Valley Veterans Parade Association, the all-volunteer organization that puts on the yearly parade.

"This year, the East Valley Veterans Parade is happening in reverse," she said in a recent interview with ABC15.

"We didn’t want to cancel [the parade] and we know people are really itching to get out of their houses. They want something fun to do, and not having this event would create a void in the community," she said.

The event will run from 11 a.m. to 2 p.m. This year's theme is "celebrating lives of service."

At 11 a.m., the event will begin with a M3 37mm anti-tank gun -- a military cannon -- firing a number of blank shells, following by patriotic music that will be broadcast through an FM radio station.

Vehicles will be allowed to begin lining up for the parade at 10:15 a.m. near University Drive and Centennial Way. There will be a waiting area off MLK Way, according to the parade website.

Vehicles will then drive along Center Street to First Street where they will then exit the parade route.

Any vehicles in line by 2 p.m. will be allowed to drive along the parade route.