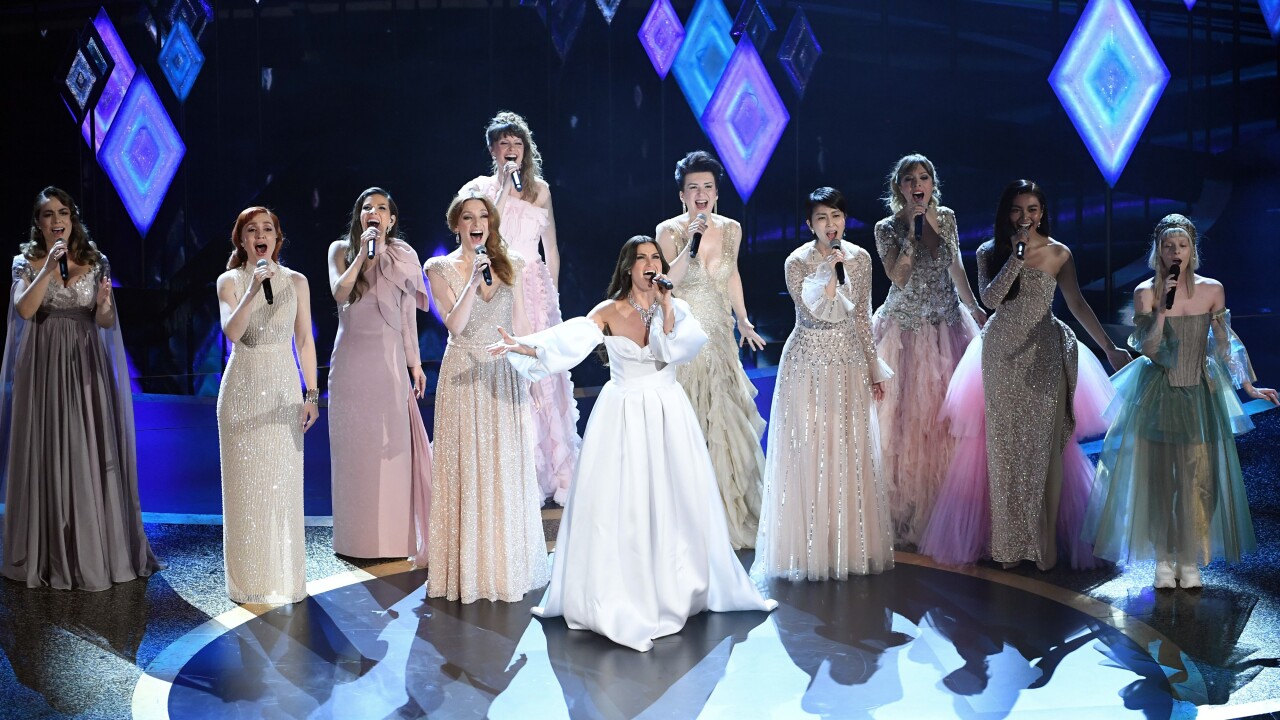 They all sang "Into the Unknown," one of the songs from Disney's Frozen 2, the sequel to the animated blockbuster, and a nominee for "original score."

Missed it the first time or want to watch it again? We have the performance embedded below.

.@IdinaMenzel, @AURORAmusic and nine of the world's Elsas just took to the stage for a performance of "Into the Unknown." #Oscars pic.twitter.com/2QUW67HYiS

During the Oscars, each of the songs nominated within the "original score" category were performed live.