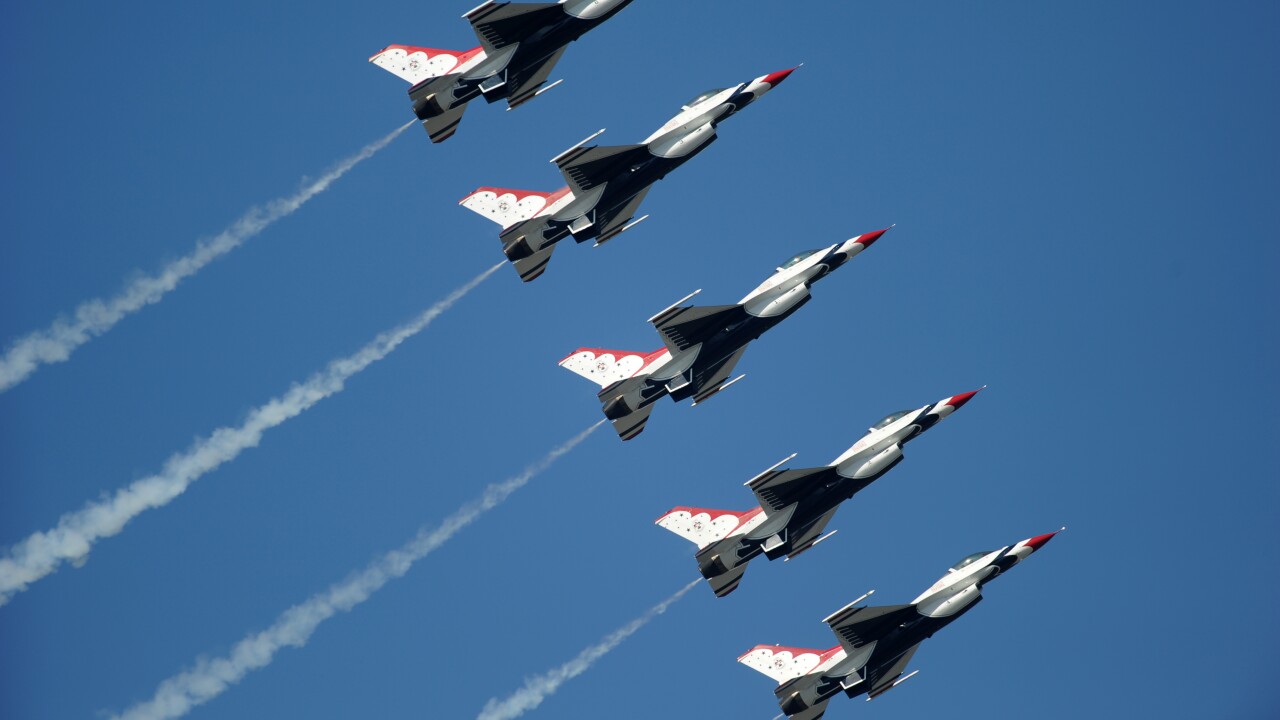 "Luke Days is our chance to open up our gates and welcome the community on base to see their U.S. military up close. We love hosting you as a small thank you for the amazing support you give us year after year," said Brig. Gen. Todd Canterbury, 56th Fighter Wing commander in a prepared statement.

This year's event was headlined by the U.S. Navy's "Blue Angels" demonstration team. The weekend event typically features other demonstration teams, stunt teams, and the ability to see military and vintage aircrafts upclose.

The tough news? The festival is more than a year away.

The team is made up of eight pilots, four support officers, four civilians and more than 100 enlisted members.

Each show lasts about 75 minutes and includes an estimated 40 maneuvers, according to a U.S. Air Force fact sheet.

They've performed in all 50 states, 57 countries and been seen by more than 280 million people.