Twin Peaks to open restaurant at Tempe Marketplace in 2020 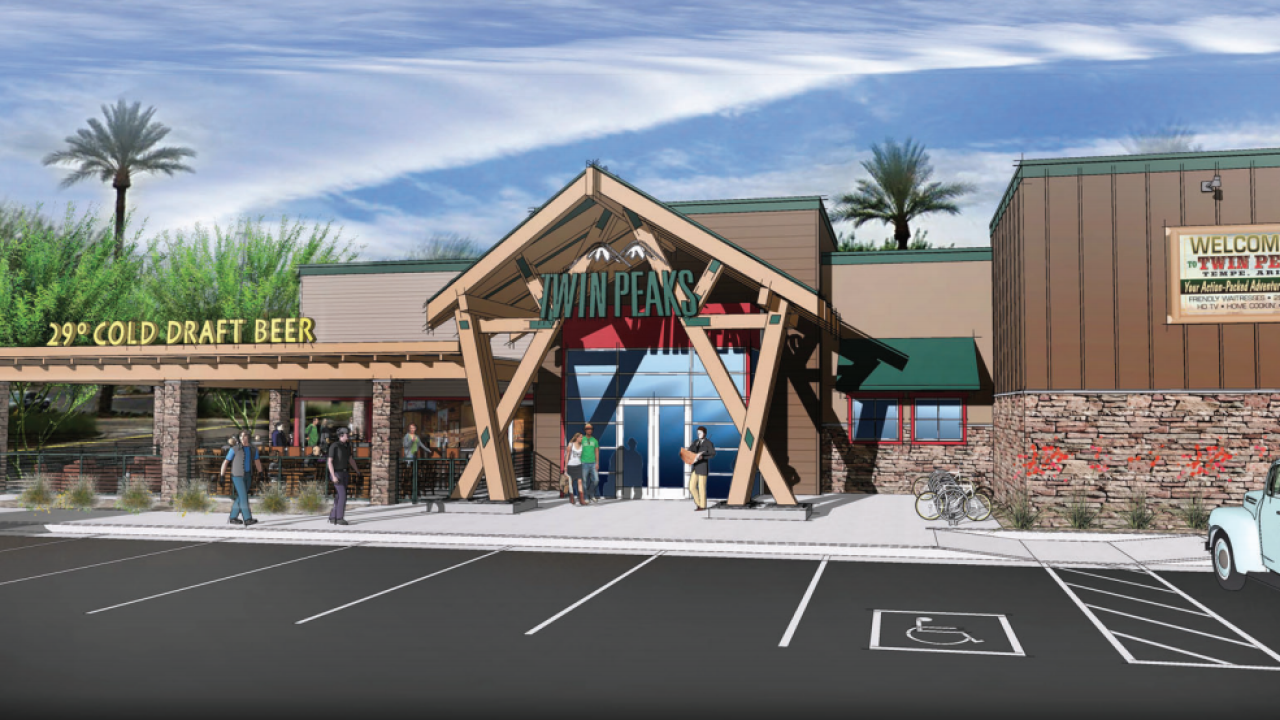 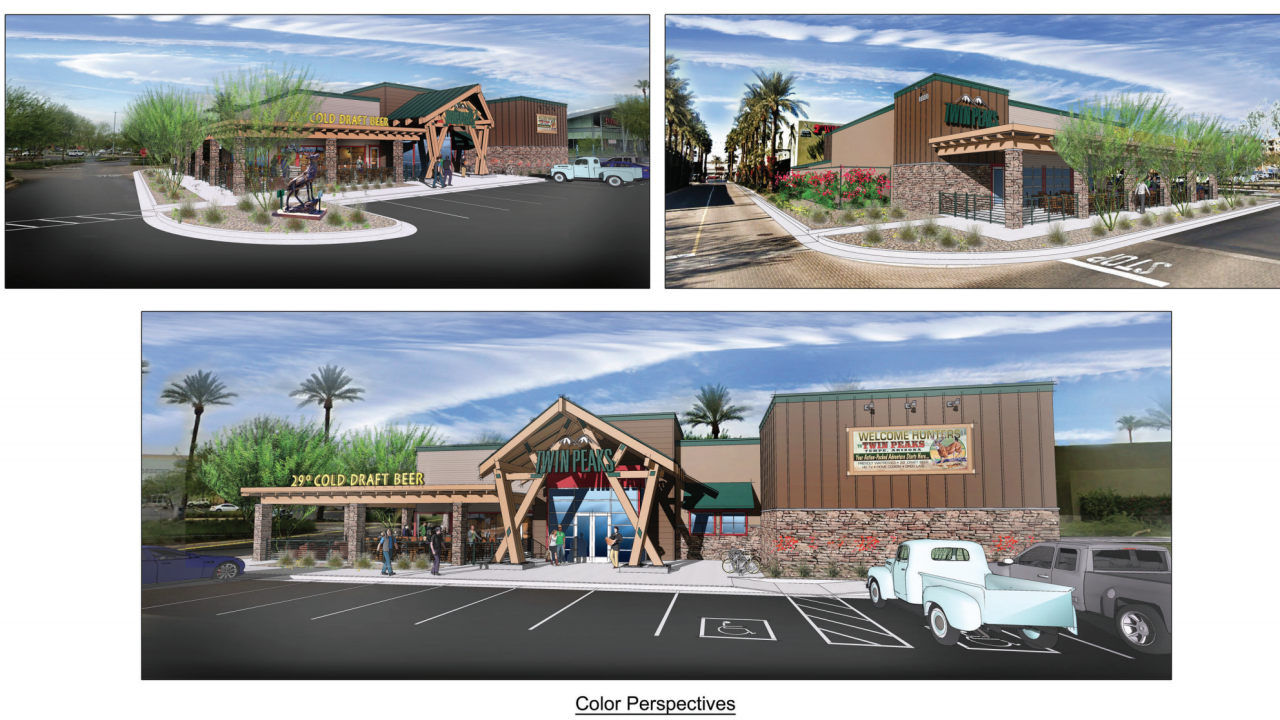 TEMPE, AZ — Twin Peaks has confirmed its plans to build a sports bar and restaurant at Tempe Marketplace on one of the last available lots at the shopping and entertainment center.

According to documents filed with the City of Tempe, Twin Peaks plans to build a standalone 7,100-square-foot lodge-themed restaurant on an empty lot on the southeast side of the property between the U.S. Bank branch and the 2nd Wind Exercise Equipment store, near Rio Salado and the Loop 101. (According to 2nd Wind's website, the company is being renamed to Johnson Fitness & Wellness. However, the signage at Tempe Marketplace reflects the original name.)

The location will have two bars, one of which will be a dual indoor and outdoor bar, and a 1,500-square-foot patio with a fireplace, a spokesperson told ABC15 on Thursday.

"The goal is to open in September," the spokesperson said, which puts the potential opening right at the start of the regular football season.

It was not immediately clear if construction has started yet.

It will join Barrio Queen, which is under construction near Thirsty Lion Gastropub, on the northwest end of the property. The restaurant was initially expected to open at the end of 2019, but has been pushed back. It is now expected to open in mid-February, according to a spokesperson for Barrio Queen.