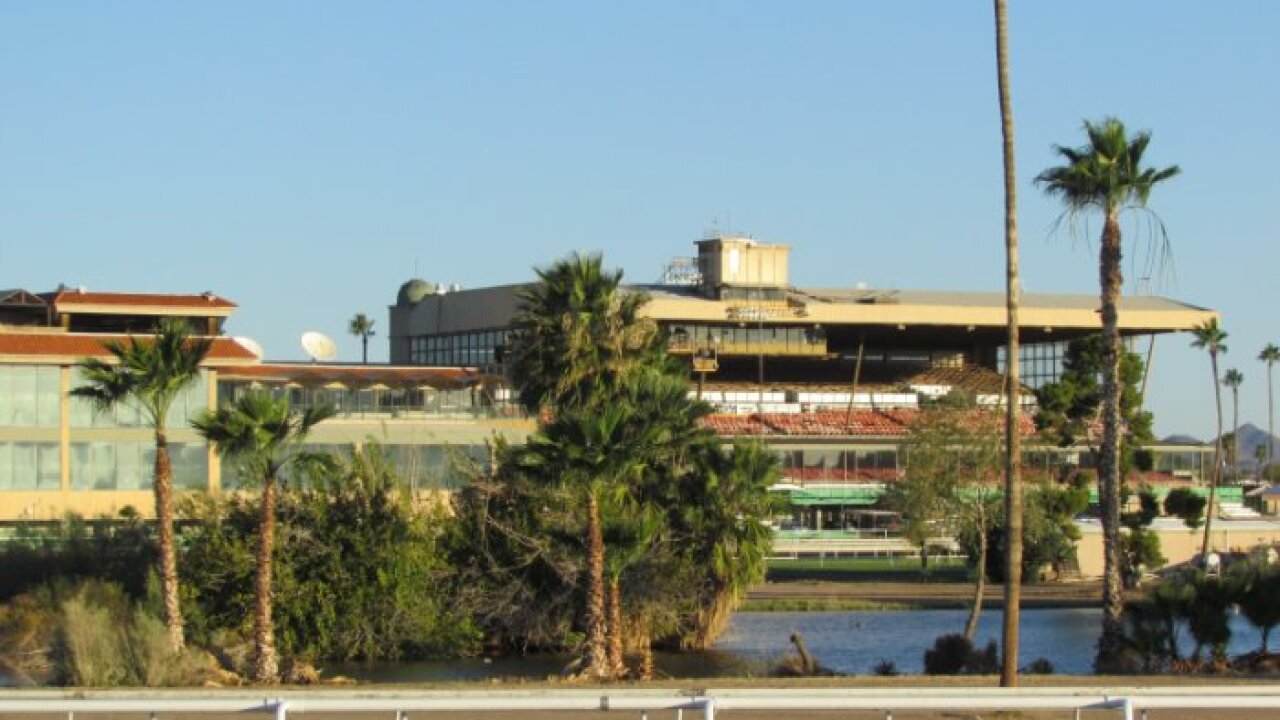 PHOENIX — Turf Paradise announced Saturday that it would end its horse racing season immediately -- about two months early -- because of the concerns around COVID-19 and to help prevent the virus from spreading.

The season was scheduled to run through May 3, according to a news release. The clubhouse and Turf Paradise's network of off-track betting locations for simulcast races will remain open.

In a news release, the racetrack said it "feels compelled to do the responsible thing and end the season early," noting that some state and federal officials have discouraged people from attending large gatherings.

While some states have either banned or are considering bans on large events, Arizona does not currently have any rules set.

As recently as a tweet sent out on Saturday morning, Dr. Cara Christ, director of the Arizona Department of Health Services, said she is not recommending events be canceled, but has discouraged people who are considered to be high-risk, such as seniors or those with underlying health conditions, from attending events.

At this time, @AZDHS is not recommending canceling events. However, if you're elderly or have underlying health conditions, you're at higher risk for complications and should avoid large events and crowds. 3/

Turf Paradise said that on some of its special event days more than 6,000 people could be at the racetrack, not including jockeys and their teams.

"Conducting a horse race requires large groups of people to work together in close proximity. In addition to jockeys, there are pony riders, outriders, and track maintenance crews. About 1,000 people work in close proximity in the stable area," a news release said.

"It would be irresponsible to put them at risk of getting the Coronavirus," said Vince Francia, general manager of Turf Paradise, in a statement. "As soon as this crisis is over, we look forward to getting back to the business of providing Arizona with thrilled live, local horse racing."

The season typically runs from October to May, according to Turf Paradise's website.