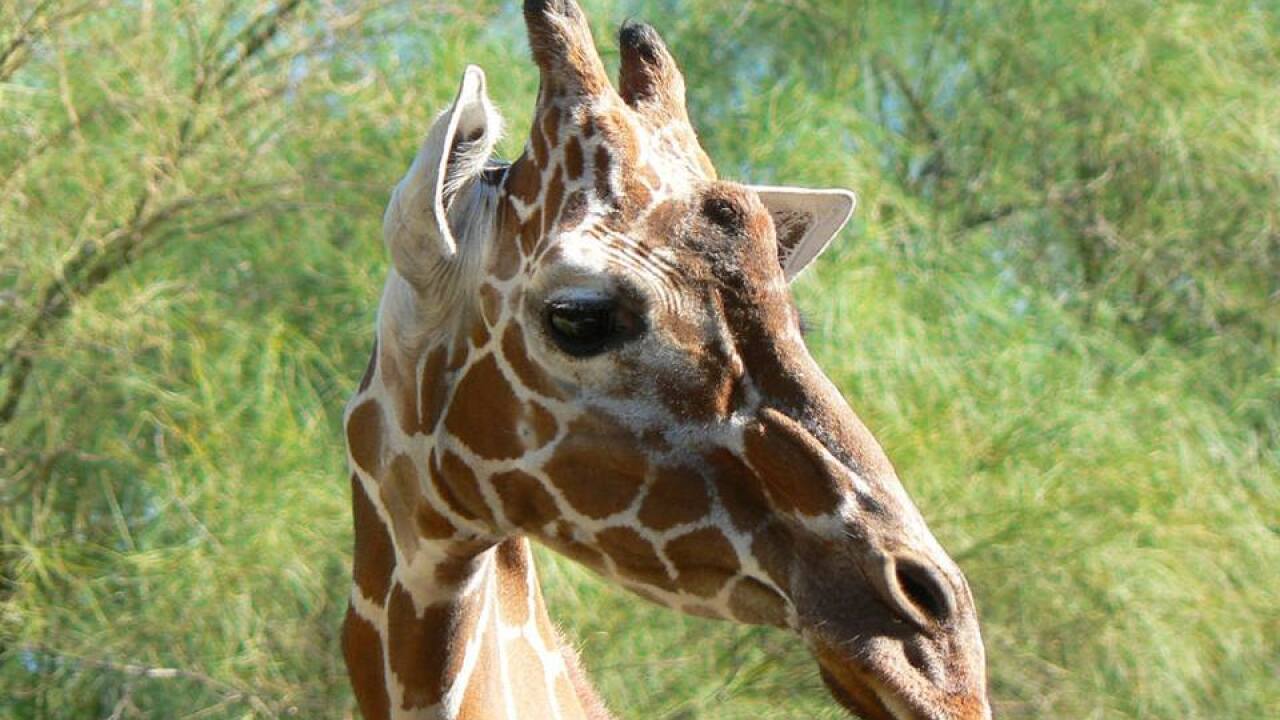 Elinor, a reticulated giraffe known for having spots within her already spotted coat, died on Monday, Sept. 2, a day after she apparently showed signs of "respiratory distress," the zoo said in a news release and its posts on its social media accounts.

Elinor was a beloved member of Reid Park Zoo. Our thoughts are with everyone who loved Elinor, particularly her Keepers and those who visited her at the giraffe feeding platform, who are sure to feel her loss deeply.https://t.co/jkY0WOz8dd

"The zoo's veterinary team responded with medical treatment immediately, but, sadly, Elinor, passed away," the zoo said. She did not have a history of breathing problems, according to the zoo.

The University of Arizona's Veterinary Diagnostic Laboratory will perform a necropsy, an animal autopsy, on the giraffe, the zoo said, and results from that procedure would take several weeks to come in.

Elinor was born on May 29, 1999 at the Knoxville Zoological Gardens in Knoxville, Tennessee and came to Reid Park Zoo in 2010, the zoo said.

She was one of the zoo's shier giraffes and would often hang out with Denver, a 30-year-old female giraffe who is reportedly the second-oldest giraffe in the United States, according to Reid Park Zoo. She was wary of the giraffe feeding platform, but eventually grew her confidence and became fond of the carrots that that guests would offer her, the zoo said.

"Elinor was a beloved member of the Reid Park Zoo. Our thoughts are with everyone who loved Elinor, particularly her keepers and those who visited her at the giraffe feeding platform, who are sure to feel her loss deeply," the zoo said.