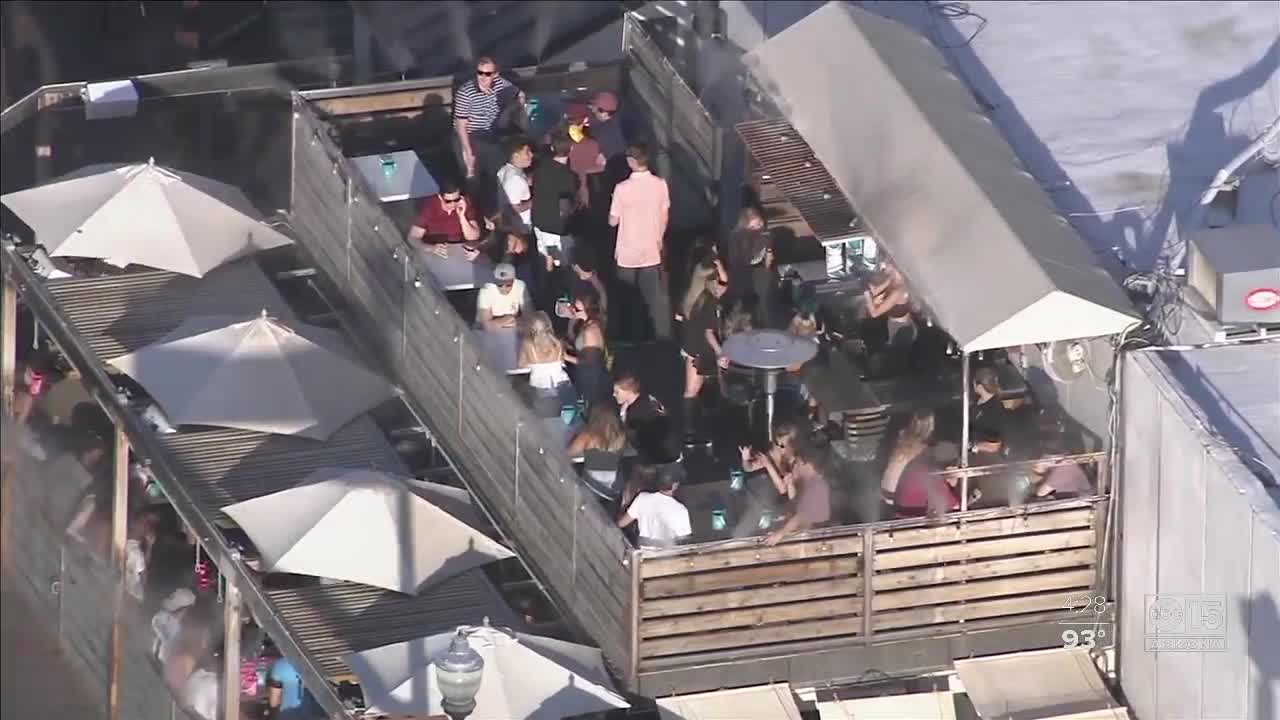 How busy is too busy when it comes to reopening restaurants in Arizona? That seems to be up for debate. 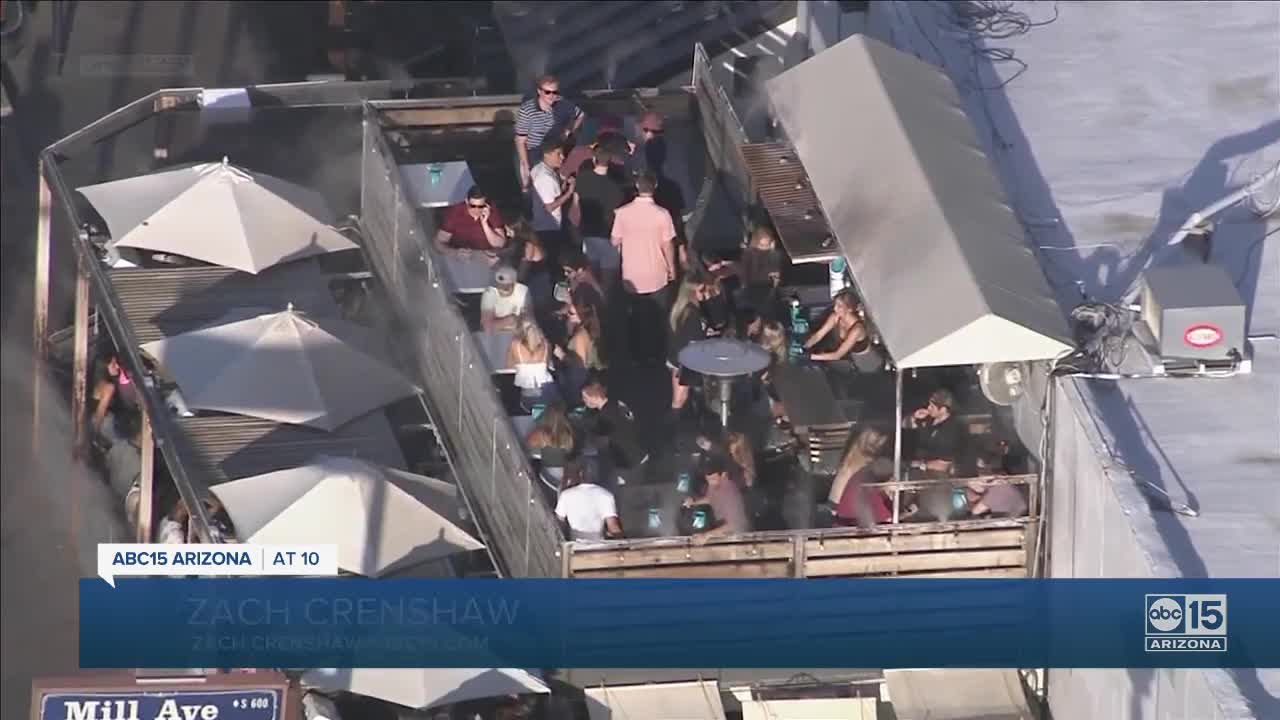 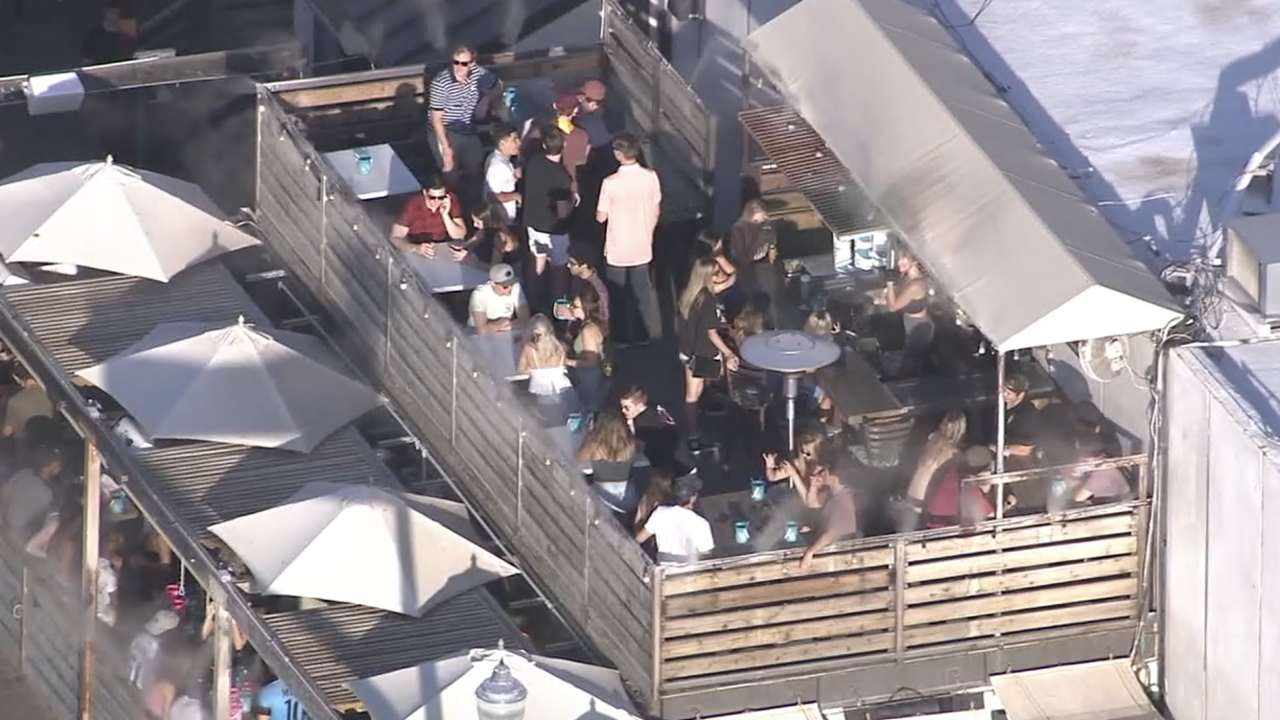 TEMPE, AZ — How busy is too busy when it comes to reopening restaurants in Arizona? That seems to be up for debate.

After videos and photos showed what seemed to be groups of people eating, drinking, and hanging out at C.A.S.A. Tempe on Monday, a popular bar and restaurant along Tempe's Mill Avenue, some people took to social media to express their concern about the amount of people and the perceived lack of social distancing.

Aerial video showed more than two dozen people hanging out on the restaurant's two-story patio with more people on the first level, and other people grouped outside of the restaurant. Other photos shared on social media appear to show people waiting in line to get in.

In a statement released to ABC15 on Tuesday, a spokesperson for the Tempe Police Department said officers did respond to the restaurant on Monday evening and "observed patrons inside the business adhering to the governor’s executive order and practicing safe social distancing."

No citations were issued.

The police spokesperson said the officers noted a couple of tables that needed to be spaced out more, but said the restaurant's manager was "more than willing" to make those changes, and told police they were using a doorman to control the amount of people inside.

"Patrol lieutenants, sergeants and officers will continue to monitor businesses and take appropriate action if necessary. The Tempe Police Department is committed to educating businesses and patrons on the CDC guidelines," police said.

ABC15 has reached out to C.A.S.A. Tempe for comment.

Restaurants, brewpubs, and bars that serve food were able to reopen their dining rooms on Monday, nearly two months after they were ordered to close as efforts to slow the spread of COVID-19 swept across Arizona and the country.

OHSO Brewery @ohsobrewery in Gilbert reopened for dine-in today after almost two months. I talked to servers who are happy to be back after being laid off. There's a decent crowd in here already. @abc15 pic.twitter.com/PAV9OhDrNP

Following recommendations from the CDC, AZDHS, and the Arizona Restaurant Association, Gov. Ducey released a list of suggested guidelines for restaurants to follow, including limiting groups to no more than 10 people, cleaning and sanitizing tables, chairs, menus, restrooms, and other high-touch areas, encouraging social distancing, encouraging staff to wear masks, and to consider conducting temperature checks.

It is, however, up to local police agencies to educate and enforce the social distancing requirements, which were ordered under Ducey's stay-at-home order that is set to expire on Friday, May 15.

However, because social distancing is an order from the governor's office and not part of the food code, health inspectors cannot write violations for that.