Toca Madera opens in Scottsdale next week: Here is what to expect

Next up: Toca Madera.

The 8,000-square-foot restaurant is located outside the mall's entrance near Dillard's and adjacent to Ocean 44, a high-end seafood restaurant from the owners of Steak 44 and Dominick's Steakhouse. It will have a separate bar and lounge, a dining room, an outdoor patio, and music.

"At our Scottsdale location, we want guests to feel as though they’re stepping into another reality,” said Tosh Berman, CEO of The Madera Group, in a written statement. “From the sophisticated design to the theatrical spirit through which we serve food and beverage, every element has been precisely chosen to provide an unparalleled dining experience."

For the first few weeks, Toca Madera will be open Tuesday - Sunday for dinner service only, which starts at 5 p.m. and runs until 1 a.m or 2 a.m., depending on the day. Beginning on Nov. 9, the restaurant will serve brunch on the weekends from 10 a.m. - 3 p.m, according to a news release.

Toca Madera describes its menu as a modern approach to traditional Mexican cuisine "pairing locally-sourced ingredients with bold flavors." The menu is divided into sections that include small plates, a raw bar, tacos, sides, and "Rocks," premium protein dishes that are served on hot lava stones.

Here is a look at some of the small plates on the menu:

Here is a look at a few of the entrees: 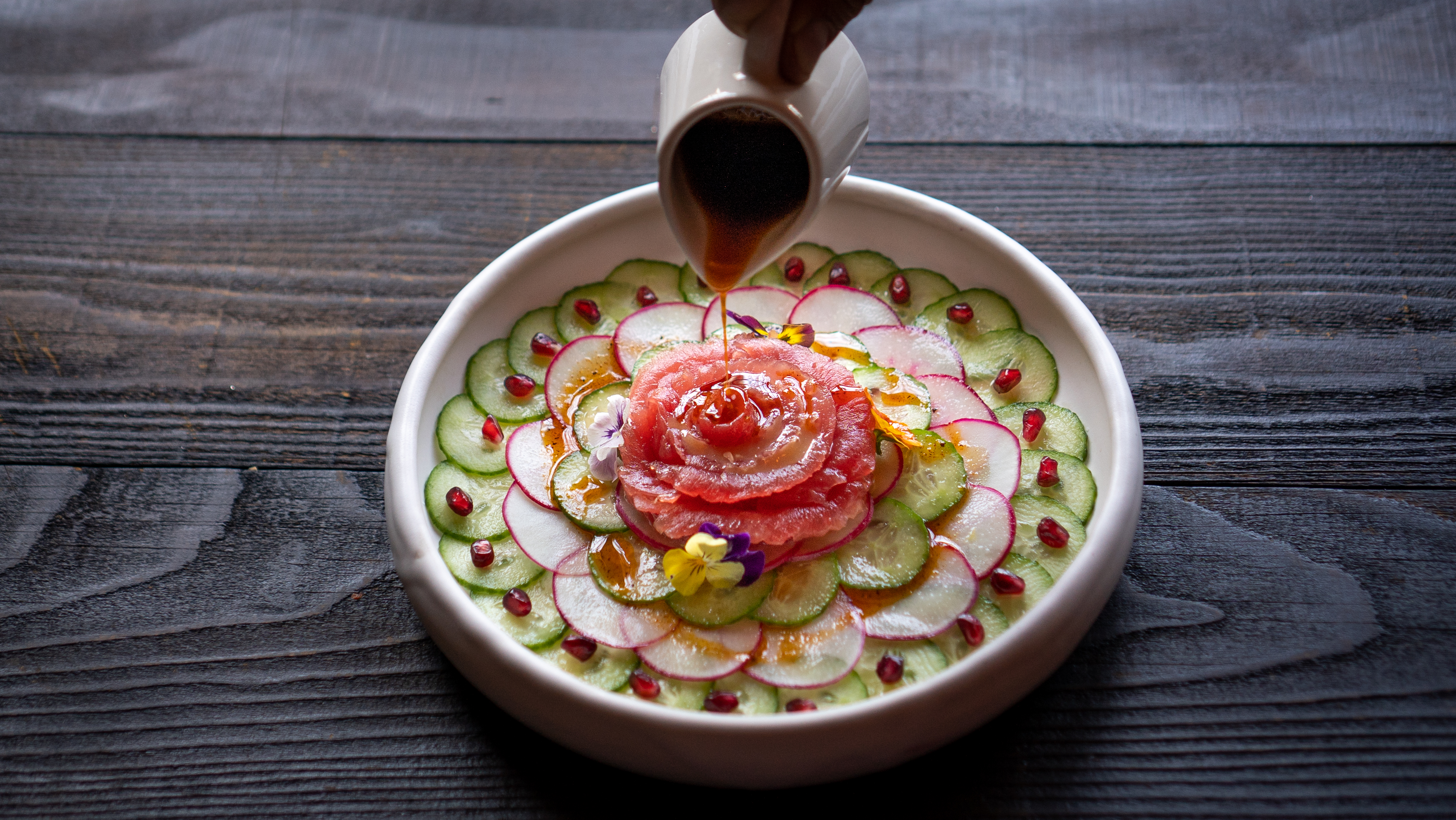 The raw bar features three kinds of ceviche and sashimi (pictured above).

From the bar, people can expect a variety of tequilas, mezcals, and agave cocktails, according to an online menu.

WHAT'S NEXT TO OPEN AT SCOTTSDALE FASHION SQUARE?

Tocaya Organica, a health-conscious Mexican concept, opened in May outside the mall's luxury wing. It offers a mix of salads, bowls, tacos, burritos, and soups. It is owned by The Madera Group, which also owns Toca Madera.

All remain under construction.