Niels Kreipke, a developer and the founder of Desert Viking, a commercial real estate company, and Chris Field, one of the owners behind the two concepts, both confirmed to ABC15 late last week that Tipsy Egg and The Uncommon would open on the southeast corner of Arizona Avenue and Boston Street in the heart of downtown Chandler.

Both concepts will fill the spaces previously occupied by La Bocca Urban Pizzeria, Modern Margarita, and Brunchies, which have been vacant for years.

Last week, ABC15 spoke with Chris Field about his plans. Here is what we know about each, and when both concepts are expected to open.

The Uncommon is going to be an arcade bar that celebrates gaming, pop culture, TV shows, commercials, movies, and other nostalgia, from the 70s, 80s, and 90s, according to Chris Field, co-founder of Allium Hospitality, a newly-formed hospitality company in the Valley, with his longtime friend Schuyler Estes, who formerly owned Squid Ink Sushi in downtown Phoenix.

It will take over the old La Bocca space and part of the old Brunchies spot, he said.

The concept will have between 25-30 classic and newer arcade games, including pinball machines, a six-foot Scrabble board game, and two live-action pong tables, he said. It will also have an 80-foot projection screen that will show short clips of commercials, movies, and TV shows from the 70s, 80s, and 90s, such as G.I. Joe and ThunderCats, and a decorative wall with old gaming consoles and other mementos from those decades, he said. 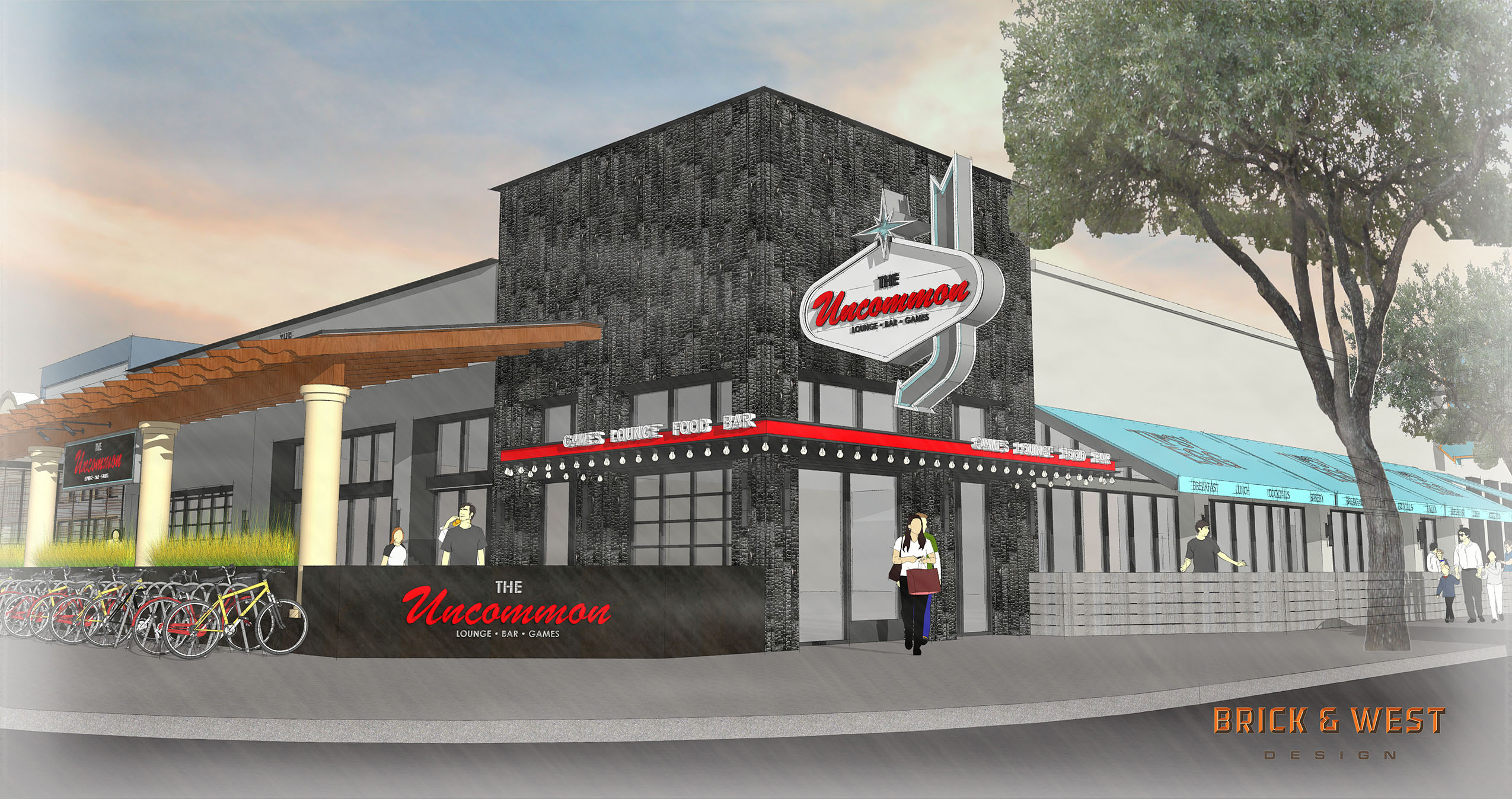 "As people are walking to the space, we wanted the space to tell this really fun story about things you and I grew up doing, the things that we listened to, the games we played, the shows we watched, all this really fun emotional journey that we can walk into the space, see something that reminds us of an awesome memory in our childhood, and share that with the person next to us," said Field.

"At the same time, what we don’t want to do is be a retro bar. We want it to be funky," he said. So, they've hired a muralist to paint some murals to give the space a "street art vibe" as well.

He said the bar would have 45 handles and teased that they would be doing something different with their bar program. "We’re doing something super uncommon with it which I don’t want I talk about yet, I want people to be surprised about it," he said.

As far as food goes, Field said he wanted to make sure the menu was recognizable, easy to understand, and affordable, where people could come in 3-4 times a week and "not crush your pocket to do it."

The Uncommon is expected to open in late September, he said.

The Tipsy Egg will open in the former Modern Margarita space on the western side of the building.

Despite the name, it will be a family-friendly breakfast, brunch, and lunch restaurant concept with a mid-century modern theme, Field said. It will be open daily and have seating for up to 140 people. 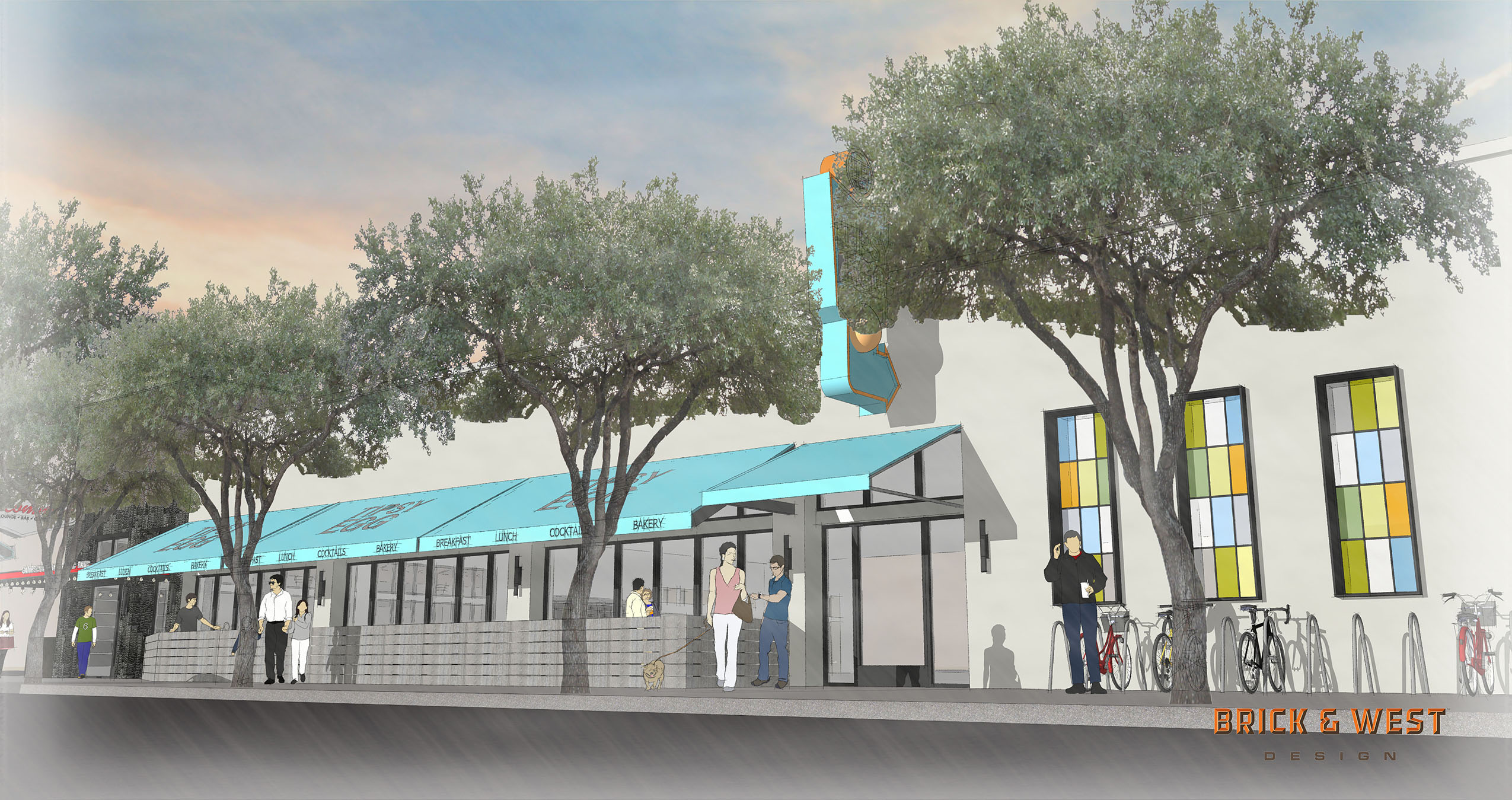 There will be a display case at the entrance filled with house-made muffins, cookies, cakes, and danishes, he said. The bar will have Bloody Mary's, fresh juices, cocktails, "mocktails" (non-alcoholic drinks), and Kombucha elixirs, he said.

Tipsy Egg is also slated to open toward the end of September, he said.

Both concepts will share a kitchen and restrooms, according to plans filed and approved in May by the City of Chandler's Architectural Review Committee. Those plans specifically talked about renovating the outside of the building, extending the outdoor patios, installing garage-style doors, relocating the main entrances, and updating the fascade and light fixtures.

Field partnered with his longtime friend, Schuyler Estes, to form Allium Hospitality, a new hospitality group in the Valley.

"[We've] always been close, [but] never been available at the same time to do something together. Just happened that I was making a transition away from where I’ve been, and he already made his transition," said Field.

He said the name Allium was inspired by an idea his brother came up with a decade earlier. Allium refers to the plant family that includes onions, shallots, garlic, leeks, and chives.

"Essentially, Allium Hospitality is talking about the basic ingredients that every good kitchen would need to make any good dish," he said.

Field said he did not set out to open two concepts, which will both occupy 9,100 square feet, plus an additional 2,000 square feet in patio spaces, but when he toured the building "it just kind of made sense when you got into the space and saw how gorgeous it was."

"It just happened to be the right moment, the right time, and the right space," he said.

Editor's note: This story was updated to remove references to the term "Barcade," which is a trademarked company, at that company's request.