The Strand @ Gilbert: Opening of 25-acre water park in Gilbert pushed back to 2021 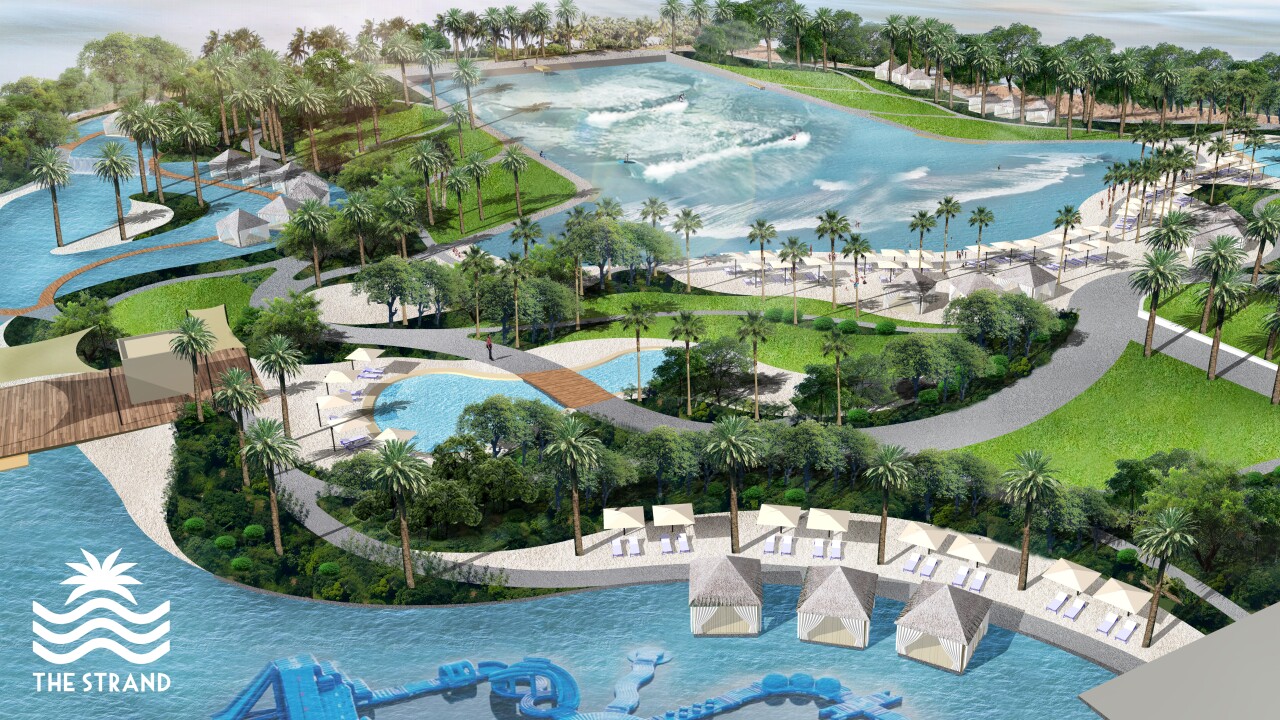 GILBERT, AZ — The Town of Gilbert's Parks and Recreation Department this week shared an updated artist rendering of "The Strand @ Gilbert," the 25-acre skills-based water park that will be part of Gilbert Regional Park, the new 272-acre park that is currently being built near Higley and Queen Creek roads.

It is one of our first looks at what the water park will look like when it is built.

The water park will have three lagoons for cable-based skiing, wakeboarding, and kneeboarding; surfing, and an inflatable obstacle course.

There will also be areas for swimming, floating on tubes, kayaking and paddleboarding, and yoga. There are also plans to have a beach, for-rent cabanas, and a full-service restaurant and bar, according to an updated project fact-sheet shared with ABC15 by John McLaughlin, chief executive officer of Strand Resorts, LLC.

"A more realistic date was determined through total design-build schedule," McLaughlin said in an email to ABC15.

He said these type of projects typically take two years to build out, and that "much of the delay is when the plans are sitting in design review or permitting."

"From application to permit issued can be anything from 30 to 120 days. We have no control over those time frames," he said in his email. "While those permit[s] are being process[ed], we are working on other things that need to be done. Something is always happening and we just schedule according to the longest date out for a permit process."

As previously reported, the project is a private-public partnership with Gilbert. The Strand is responsible for building and operating, at its own costs, the water park, the town said.

While we will have to wait for that project to finish, the first phase of Gilbert Regional Park is expected to open in September, which includes a playground, splash pad, tot playground, and bathrooms.

Phase two will add 10 acres, and an additional five acres will be added during phase three, according to an online version of the master plan.

For those who want to stay up-to-date on The Strand @ Gilbert, you can visit their website, www.strandresorts.com.