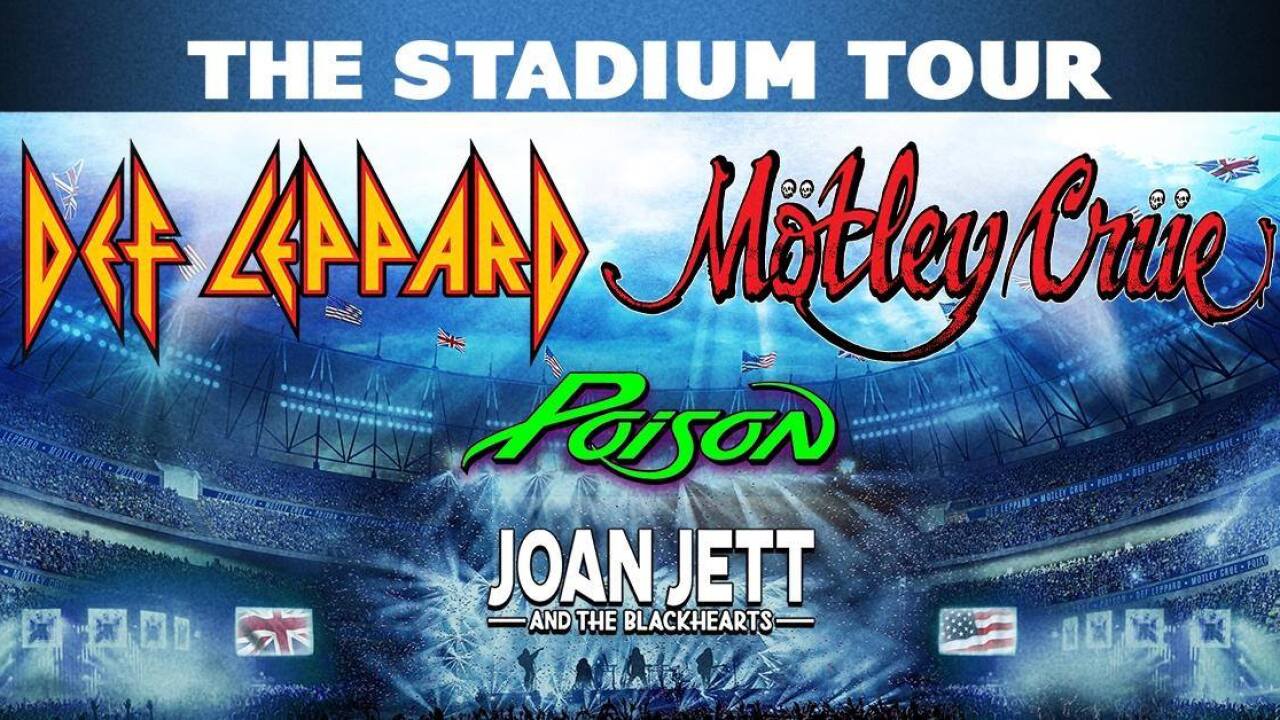 GLENDALE, AZ — Are you ready to rock, Arizona?

Def Leppard, Motley Crue, Poison, and Joan Jett and the Blackhearts announced Wednesday that they would would hit the road in 2020 and co-headline (or is it quadruple-headline?) a 22-city arena tour around the United States.

The tour, referred to as The Stadium Tour, is scheduled to stop at sports stadiums throughout the united states next summer, including Glendale's State Farm Stadium on Saturday, July 25, 2020.

IT’S OFFICIAL 💥 we’re hitting the road with @MotleyCrue and special guests @Poison and @JoanJett next summer for a tour SO MASSIVE that it could only be held in America’s biggest stadiums.

Citi cardholders can purchase pre-sale tickets beginning at 10 a.m. on Tuesday, Dec. 10 until 10 p.m. on Thursday, Dec. 12 via www.citientertainment.com. Tickets will go on sale to the general public at 10 a.m. on Friday, Dec. 13 via www.LiveNation.com. Ticket prices were not yet listed on Live Nation's website.