The Hidden House: New restaurant from 'The Brickyard' owners opens in downtown Chandler

PHOENIX — The Hidden House is hidden no more because the restaurant has recently opened!

The owners quietly opened the restaurant last week in Chandler.

Located on Commonwealth Avenue near California Street, just west of SanTan Brewing’s brewpub and tasting room, and walking distance from downtown Chandler’s main drive, it is housed inside a cottage that dates back to 1939.

It is the second restaurant concept from Gavin Jacobs and Elliot Hall, the team behind The Brickyard Downtown, another restaurant in downtown Chandler.

According to Jacobs, he wanted to create a restaurant that was “unique, special and different" yet approachable to everyone whether they were looking for something casual or something more upscale.

He gave ABC15 an early look at the restaurant last week. 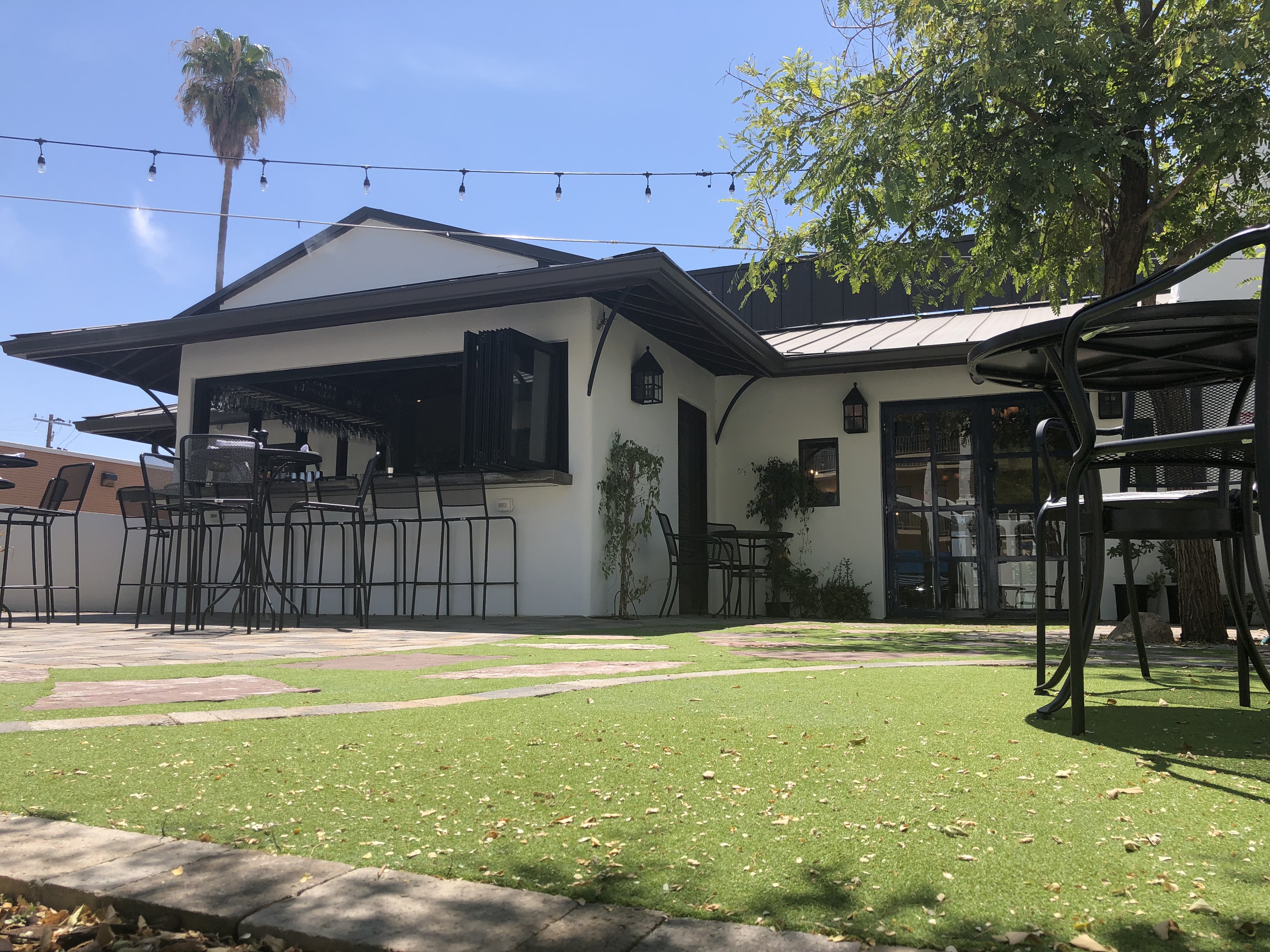 The Hidden House has one menu and four dining environments. We’ll explain.

For those looking for a casual dining experience, there is the front courtyard which has a mix of high and low tables, misters, a 15-seat outdoor bar that offers a glimpse into the cottage and the kitchen, and hanging outdoor lights.

A more upscale traditional dining experience can be found inside the cottage where there are tables topped with white linen, rolled napkins, and wine glasses.

The back patio has a second bar with about 10 seats and more tables seated underneath a wooden pergola.

Behind that is a hangar, which has more of an outdoor-that-is-indoor feel with live trees, floral chandeliers, booths and tables, and two 14-foot garage-style windows that open and connect to the back patio. There is 16-foot barn door that leads out to a small area where people can play a game of corn hole.

There is a stage inside the hangar where bands and performers will be able to play, Jacobs said. 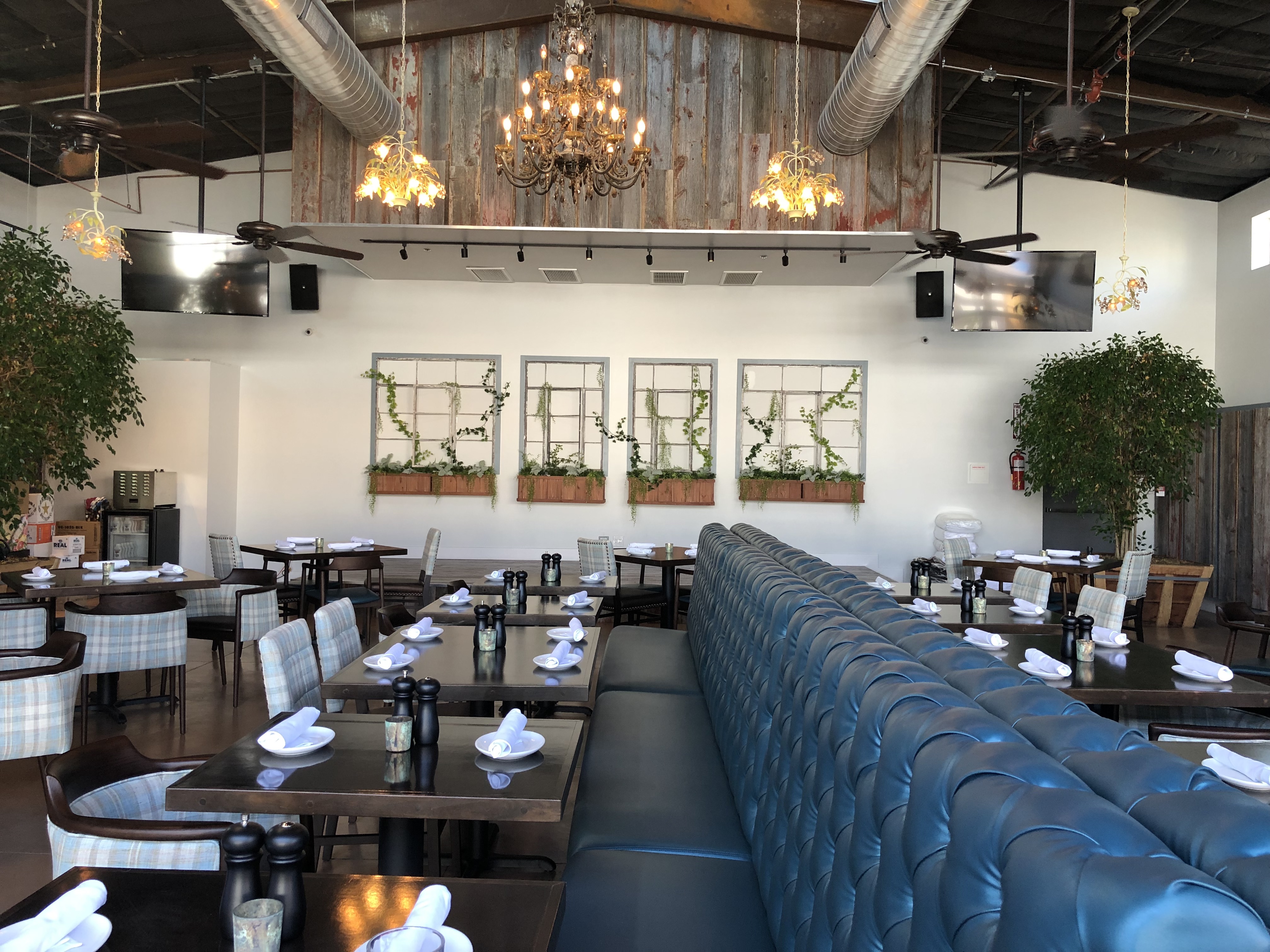 “We just want to be unique and be ourselves and try and be different,” he said.

He described the menu as chef-driven new American with a twist. He said people could expect to see ribeye steak, sea bass, salmon, hamburgers, duck quesadilla, calamari, salads, and soups on the menu. 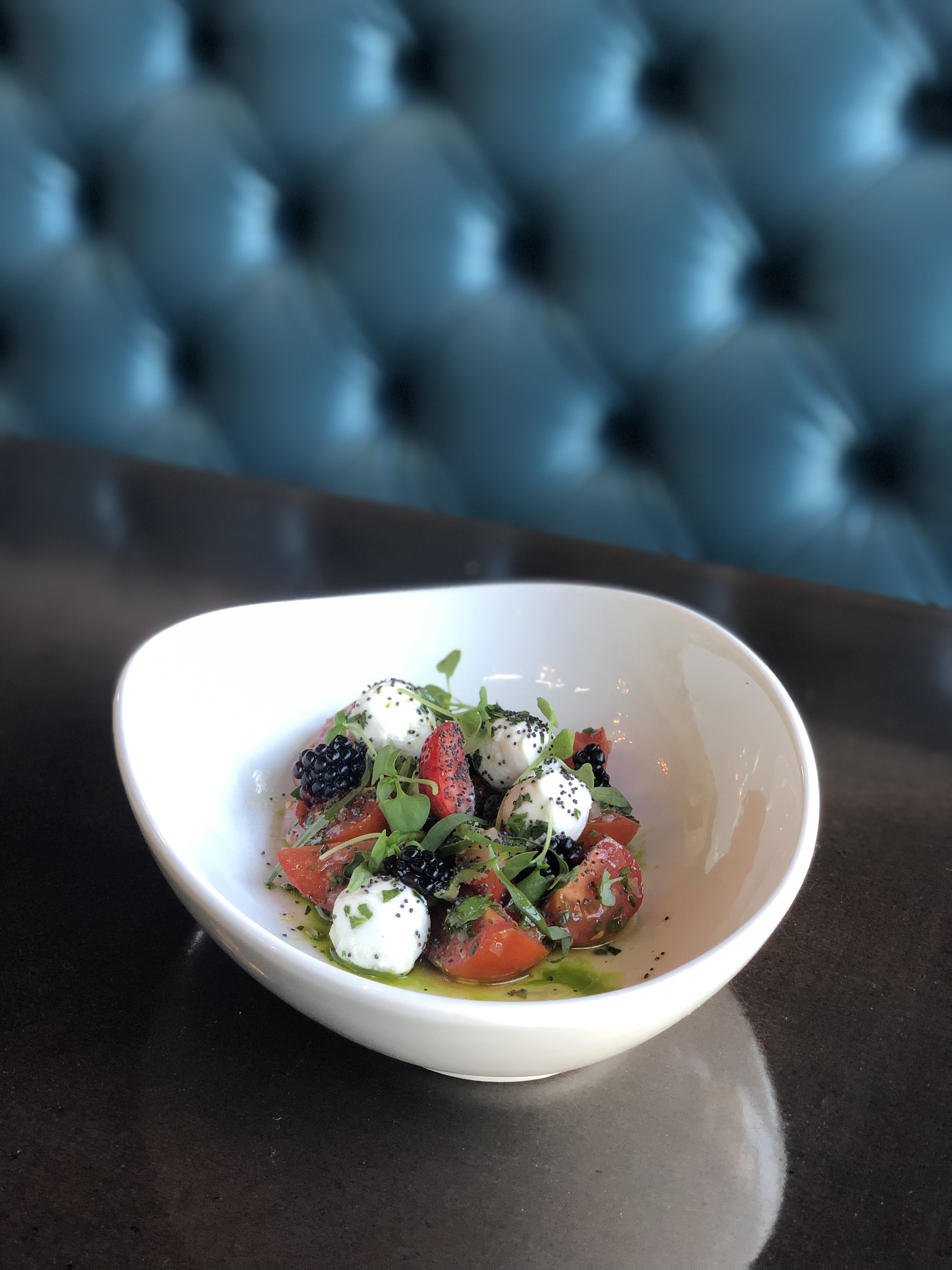 “We kind of developed the menu for everybody to come,” he said. 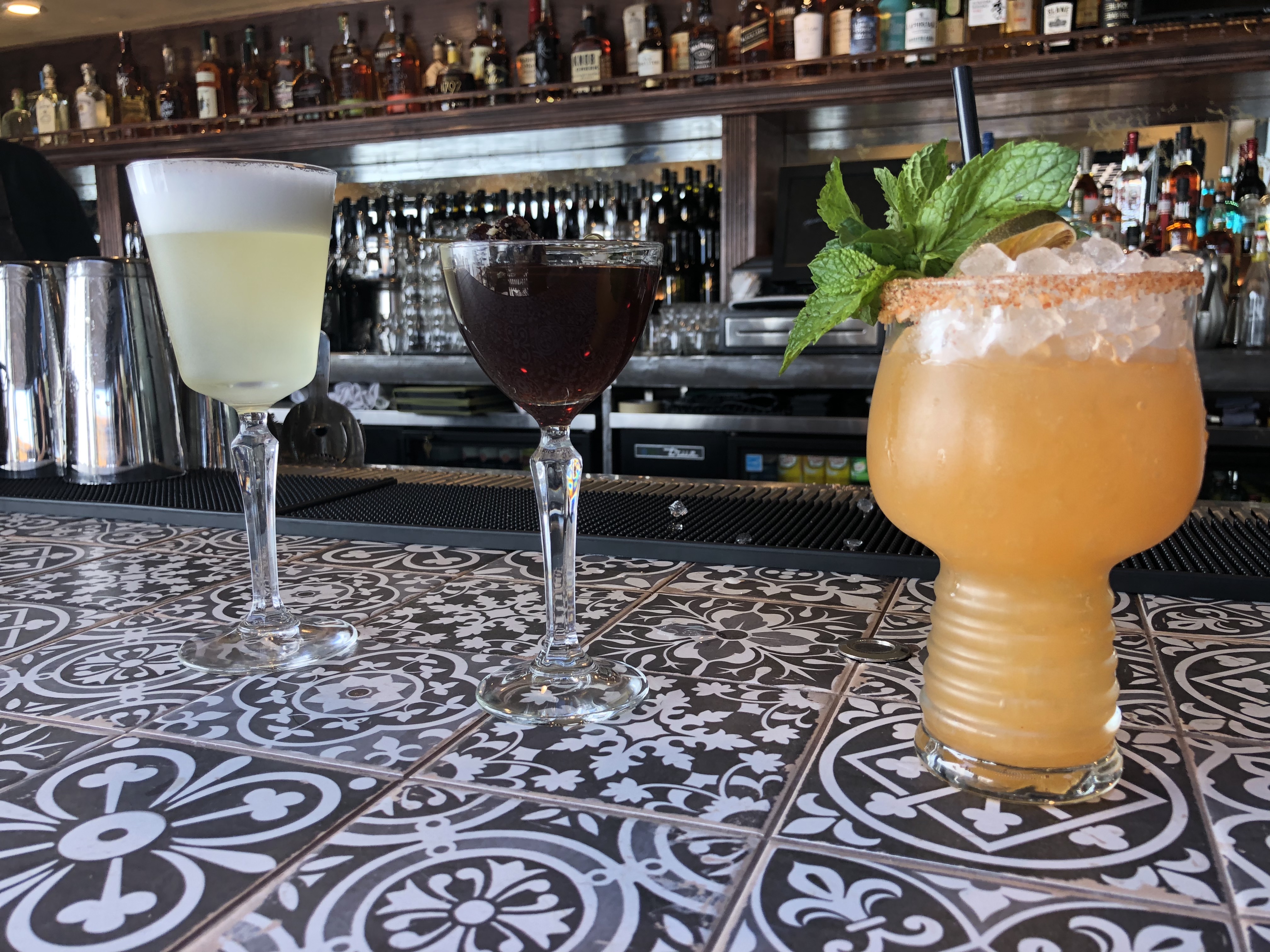 Michael Regan, the bar manager, shared three cocktails with us:

Jacons said there will be around 100 wines on the menu, eight beers on tap, and more than 30 beers available in cans.

“We just want everybody to come here and have a good time,” he said.

To start, the restaurant will be open Tuesday - Sunday for lunch and dinner.