The Art Institute of Phoenix is closing 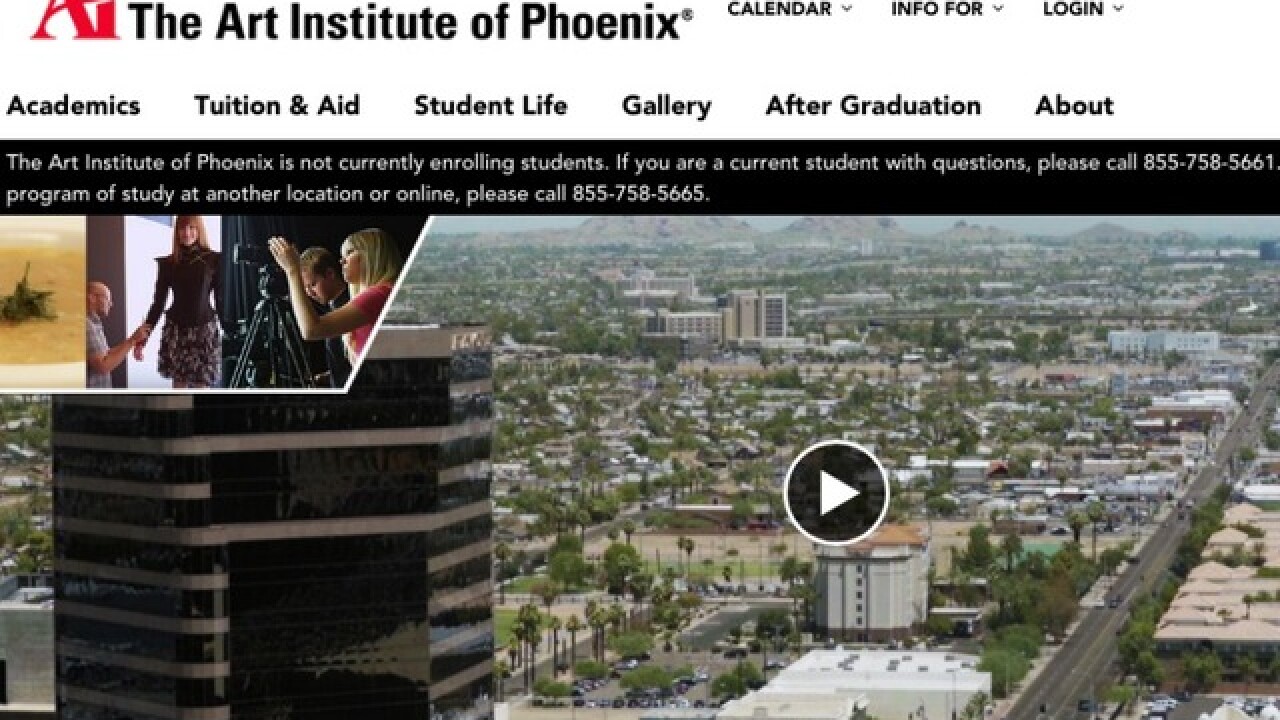 After weeks of uncertainty, The Art Institute of Phoenix will close, possibly by the end of the year.

In a Tuesday statement, Dream Center Education Holdings, LLC, said, "After a complete and thorough examination of the three education systems in the DCEH network to ensure they are meeting the needs of today’s learners, we did not see demand growth for courses at these campuses."

"This decision was made for a number of reasons, including a shift in the demand for online programs in higher education and in student populations at the campuses, which have resulted in declining, unsustainable enrollment levels for campus-based programs in these markets."

Most campuses would close in December, the statement said, but the timing would vary by campus. It did not specify when the Phoenix campus would officially close.

In July, Dream Center Education Holdings, which acquired the schools in late 2017, said it was evaluating its programs and had stopped accepting prospective students.

Art Institutes in San Diego, California and Henderson, Nevada do not appear to be affected. In fact, the Art Institute of Phoenix website indicates those programs are currently accepting new students.

According to the Dream Center Education Holdings website , the following campuses have discontinued programs:

The latest statement on the Phoenix website clarifies how current students should proceed with their studies or what options they have. ABC15 has reached out to a spokesperson with Dream Center Education Holdings requesting that information.