The Arizona Lottery is bringing back 'modernized' version of Windfall Willie 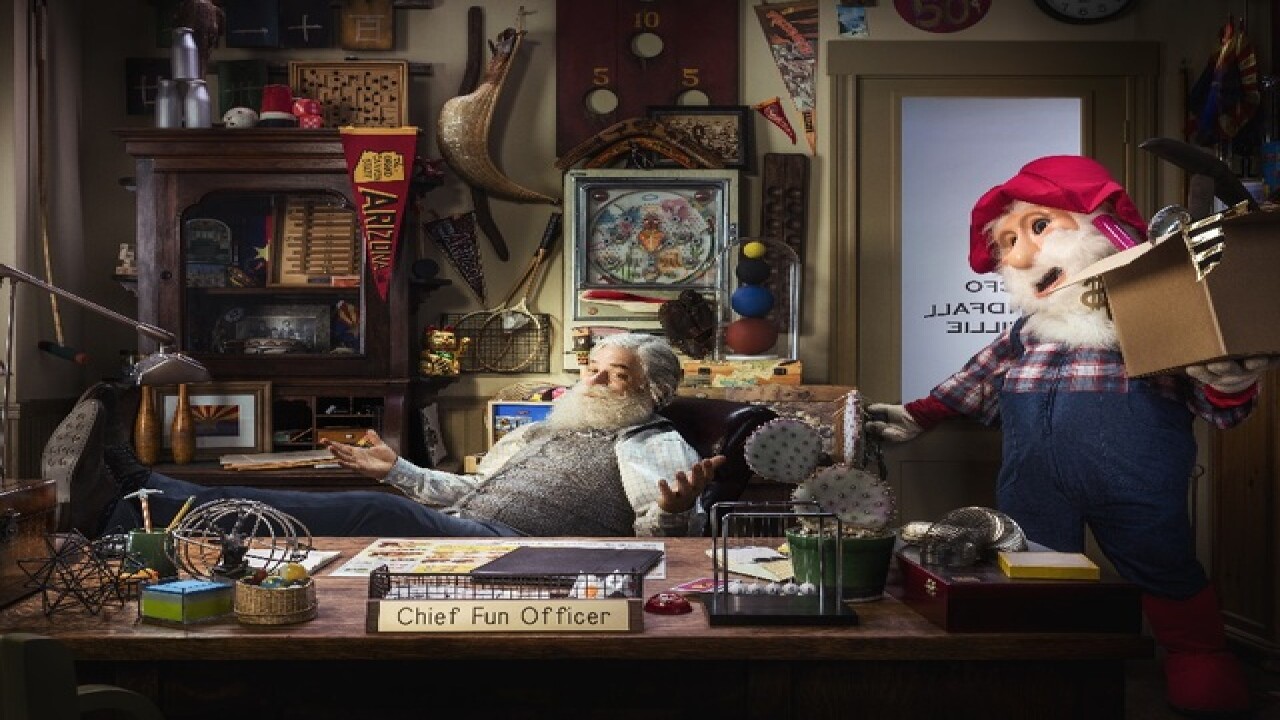 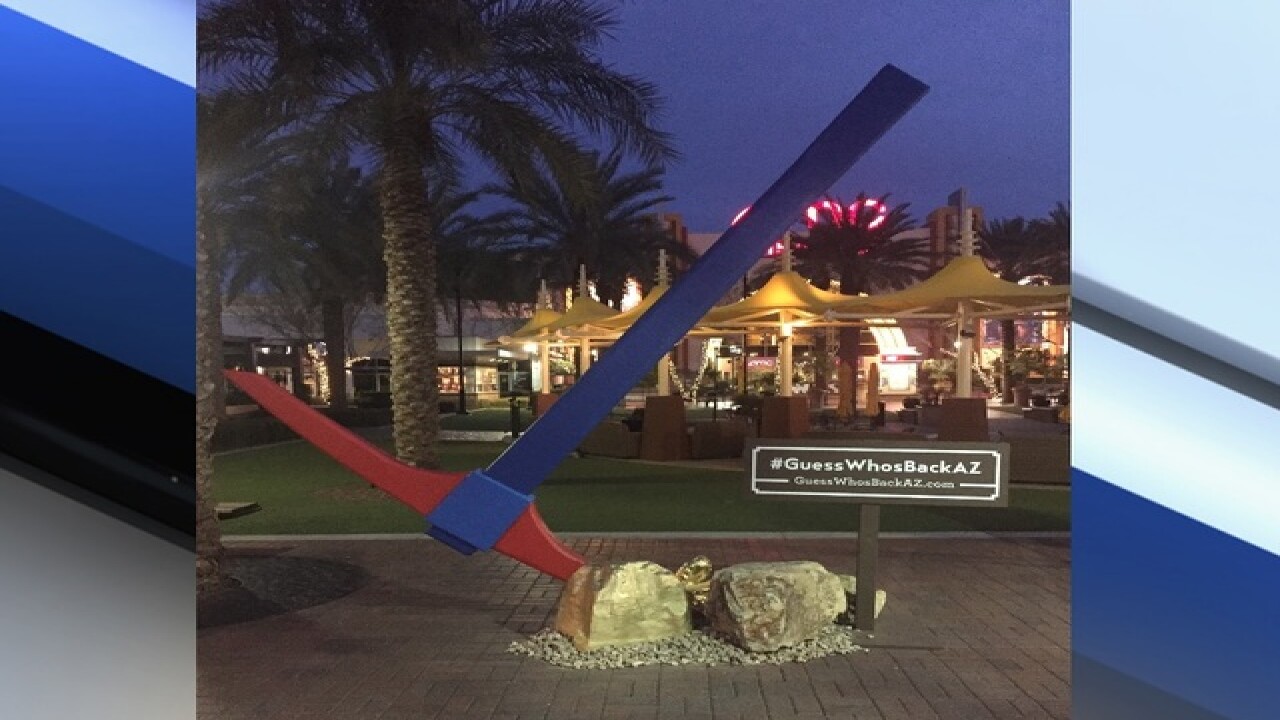 You may have noticed some large pickaxes appear last week at popular shopping areas around town promoting the "GuessWhosBackAZ" hashtag.

What were they for and who's ready to make their return? We found the answer.

The Arizona Lottery confirmed on Monday that it is bringing back Windfall Willie, the prospective miner and mascot who was prominently featured on scratcher tickets and the lottery's branding for years.

In 2014, the Arizona Lottery went through a rebranding, unveiling its new logo featuring the blue cursive writing and outlined star. As a result, Willie did not make the cut.

"It just kind of happened," said Nikki O'Shea, spokeswoman for the Arizona Lottery.

She said since then some people have wondered where Willie had been so they decided to bring him back and give him a more "modernized" look compared to the cartoon logo previously used.

For starters, he's a real human being now. The typical mascot custom has been swapped out for an actor, the red boots swapped for black boots and the plaid shirt for a vest and bow tie.

O' Shea said Willie will appear at some promotional events and activities around town, although an exact schedule was still being determined.

So, where exactly did Willie go during those three years? According to the lottery, he "spent the last three years traveling all around the world in search of fun new games, new ways to play and more ways to help lottery players strike it rich."

He brought back with him a new $30 scratchers ticket, too.