The 2020 Arizona State Fair has been canceled due to COVID-19 pandemic; 2021 dates tentatively set 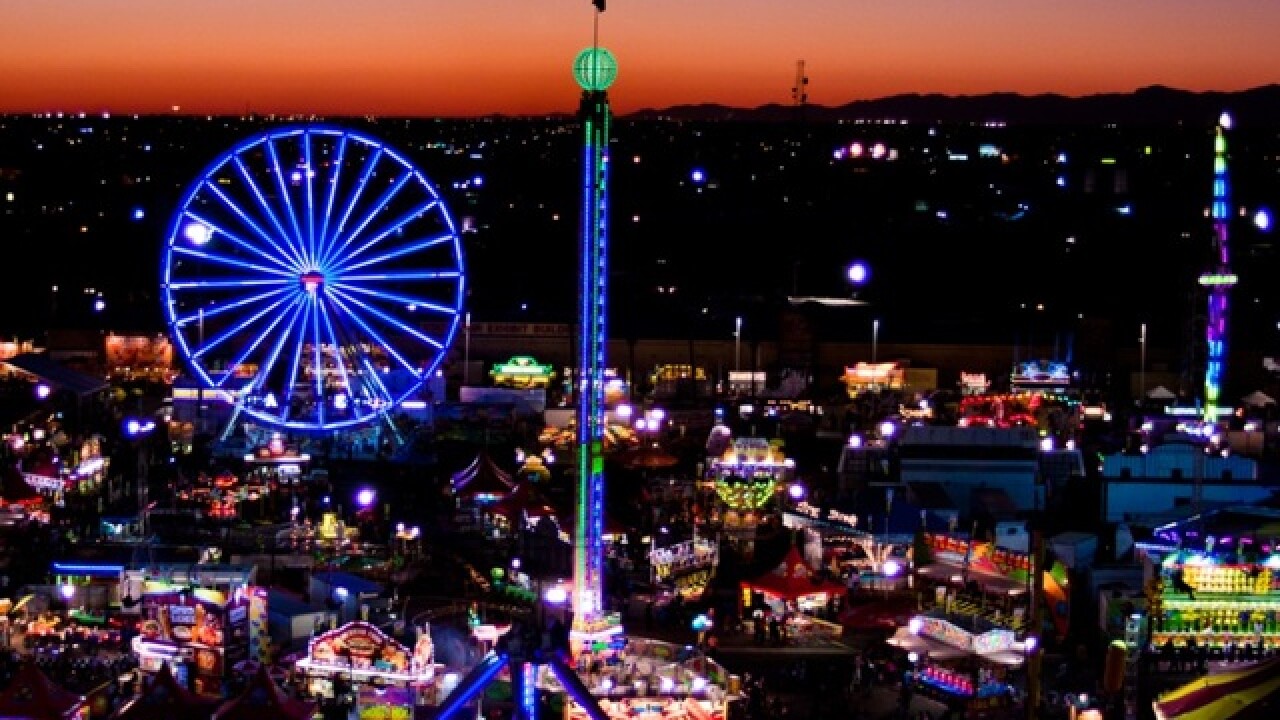 PHOENIX — One of Arizona's largest and longest-running fall events has been canceled due to concerns surrounding the ongoing coronavirus pandemic.

The Arizona State Fair was scheduled to begin in early October, as it traditionally does, but on Thursday, the Arizona Exposition and State Fair Board voted unanimously to cancel this year's event in light of the pandemic and after talking with the Arizona Department of Health Services, the fair said in a statement.

They will now focus their efforts on next year's fair, which is tentatively scheduled for Oct. 7-31, 2021.

"This decision to postpone the fair is not made lightly," said Jonathan Lines, chairman of the state fair board, in a statement. "However, safety always comes first, and we feel this is the best decision for all involved this year."

"It was an extremely tough decision," said Wanell Costello, the fair's executive director, in an interview with ABC15. "There is so much that goes into it. It’s not just, ya know, the State Fair as an entity, but there are so many business partners. You've got the carnival, the food vendors, the commercial vendors, there’s just so many people that are involved."

Some of the fair's traditional events will go on this year, just virtually, including the livestock competition and auction, as well as the esports tournaments, a rather new venture the fair added in 2019.

Instead of viewing the animals in person, judges will view videos and photos of the different animals and then decide the winners, she said.

"So, these kids who’ve been raising an animal for months, so much time and work, and financially committed to the animal, will have a virtual show," said Costello.

The economic impact of the fair -- from the 300 vendors to the 1,000 people it employs -- is $90 million, both Line and Costello said. The fairgrounds have also been impacted because they cannot hold some of their other year-round events right now.

"I can’t imagine an October or a fall without a fair. It’s going to be a huge loss. It’s a loss in a time where we as a state need something carefree and fun to do, which is what the fair is, but unfortunately...we’re not in a situation that it's safe to do it," she said.

Editor's note: This article has been updated since it was initially published.