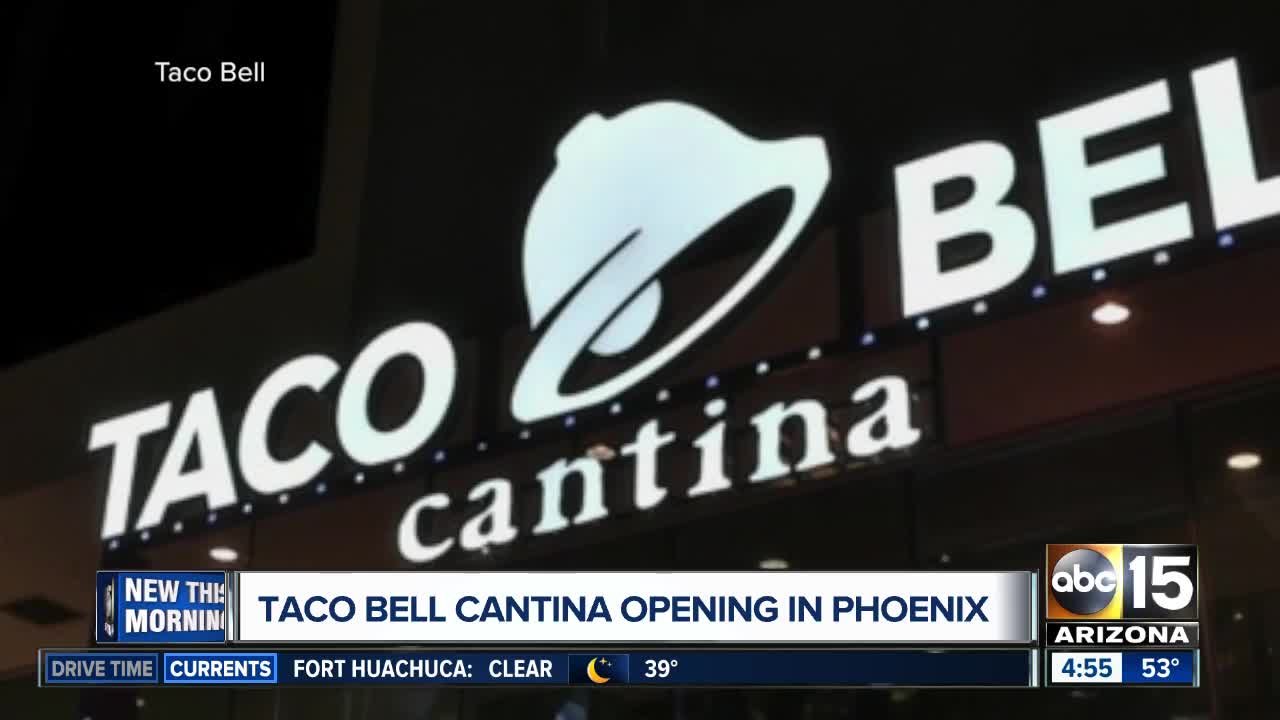 A Taco Bell Cantina is coming to downtown Phoenix! 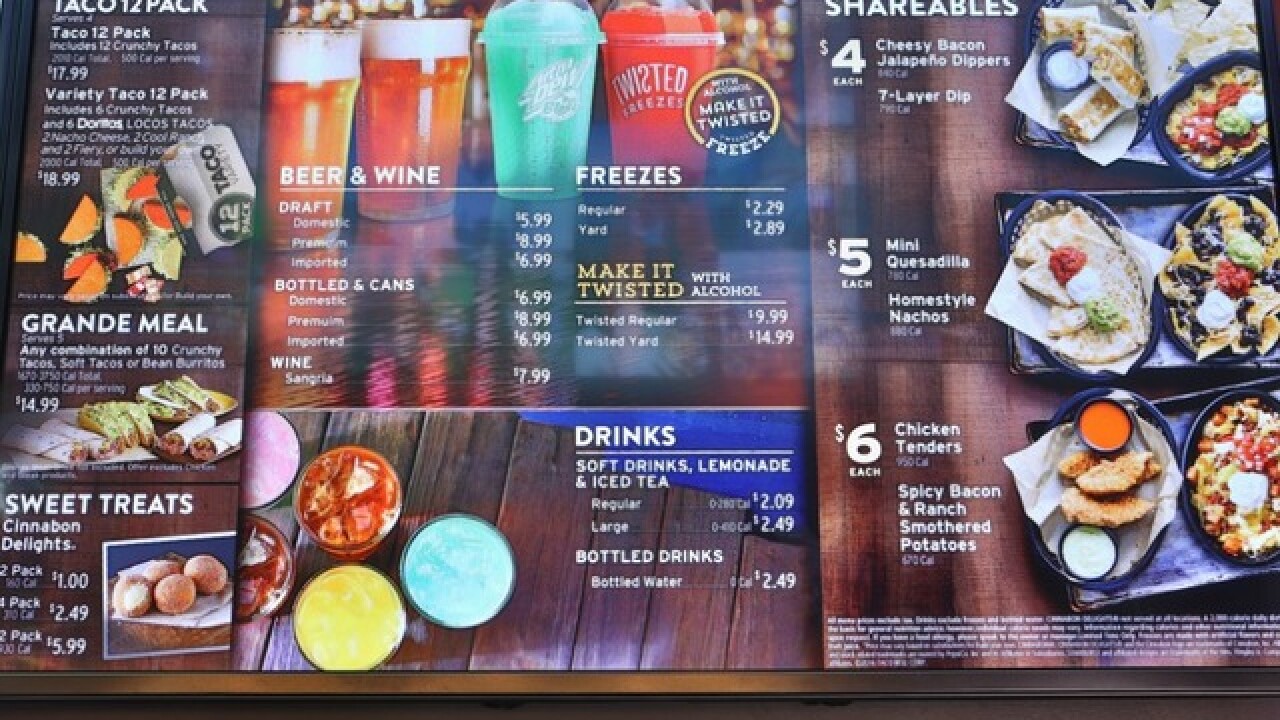 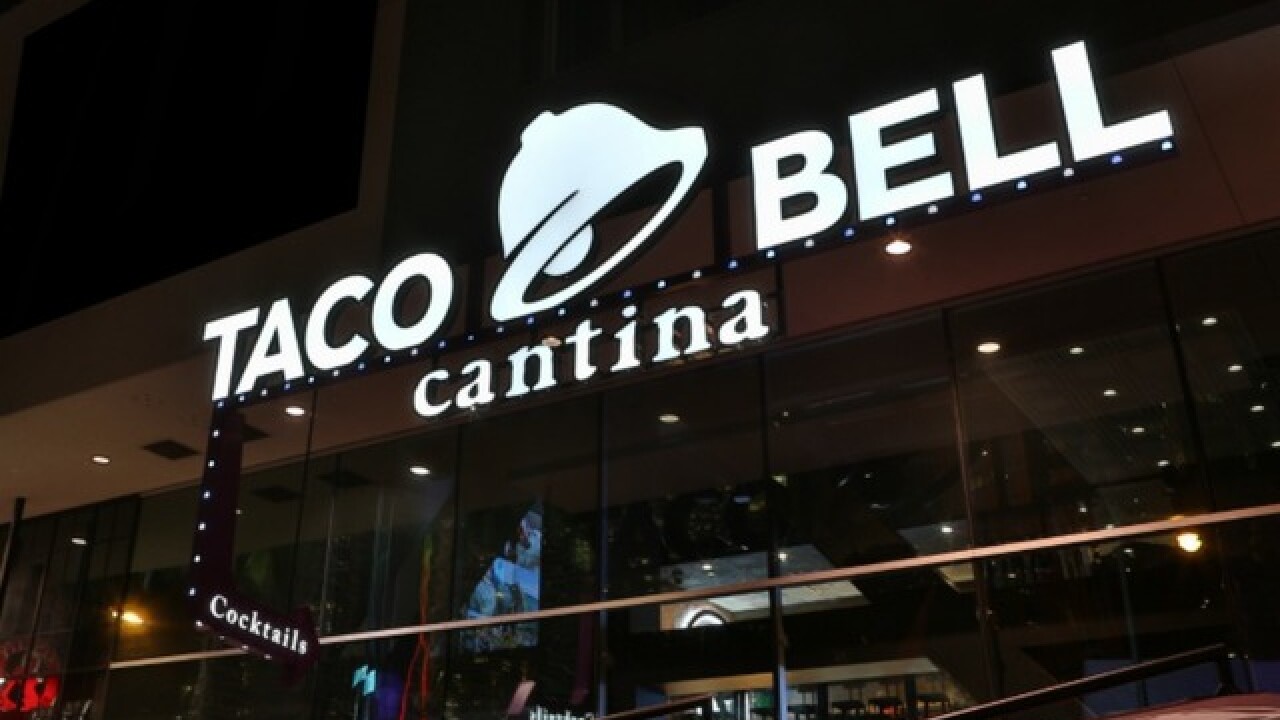 Phoenix is now home to its own Taco Bell Cantina.

The restaurant opened at the Collier Center in downtown Phoenix on December 23 -- across from Talking Stick Resort Arena and within walking distance of Heritage Square and the Phoenix Convention Center.

Taco Bell's first "cantina" opened in 2015 in Chicago. It featured a new restaurant design, a menu with shareable appetizers, and alcohol, including Twisted Freezes (alcoholic slushies), beer, wine and sangria.

While not yet able to serve alcohol, the new Phoenix restaurant has all of Taco Bell's classics such as their Crunchy Tacos and Crunchwrap Supreme, the chain said.

ABC15 has requested to see the new menu, and will share it once we obtain a copy.