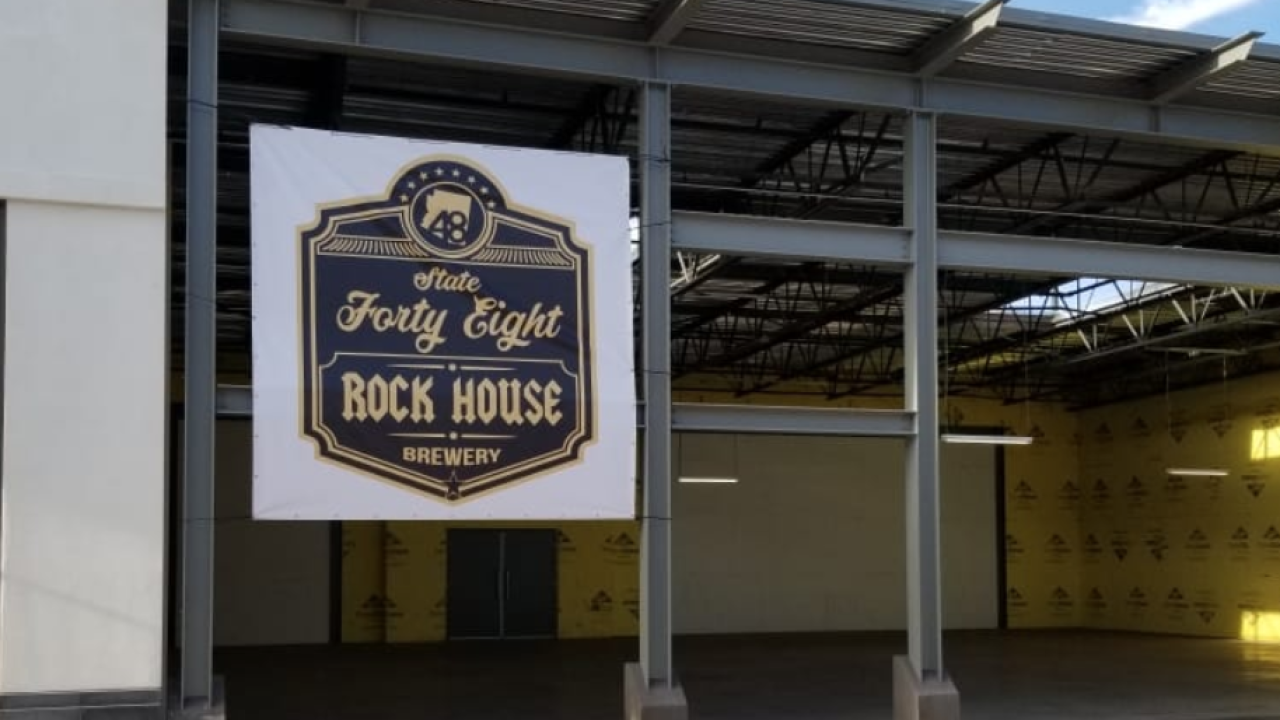 PHOENIX — The owners of State 48 Brewery have plans to open a fifth location -- a brewpub -- and an Italian restaurant in north Phoenix.

Owner Mario Rana told ABC15 that both concepts, State 48 Rock House Brewery and Mia Osteria, would open at The Shops at Norterra near Interstate 17 and Happy Valley Road.

Both concepts will open in the complex across from the Harkins movie theater near Elevate Coffee and Pita Jungle, said Mara Leahy, general manager at RED Development, the developer of The Shops at Norterra.

Unlike its other locations which brew different styles of beer -- a mix of IPAs, ales, porters, lagers, and stouts -- State 48 Rock House will not make beer on site, but will feature many of State 48 Brewery's 30 beers, said Rana.

The 6,000-square-foot brewpub will have seating for up to 250 people, a stage behind the bar where local bands will be able to perform, and a mezzanine. It will also have a 4,000-square-foot fully-covered patio, lounge seating, an outdoor bar, and games, such as ping-pong, Cornhole, and Foosball, he said.

"We want to bring live entertainment to that area" said Rana. "It desperately needs it."

State 48 Brewery's original location opened in Surprise, Arizona in June 2016. In the years since, the brewery has rapidly expanded.

Last year, State 48 Brewery opened a second brewery and restaurant in the historic Welnick Building near 4th Avenue and Van Buren in downtown Phoenix, and opened State 48 Funkhouse, a brewery and bowling alley, at Westgate Entertainment District in Glendale focused on sours and other mixed-fermented beers.

Earlier this year, State 48 Lager House opened in Scottsdale near Hayden Road and Northsight Blvd. As its name suggests, it brews the brand's lagers there: Pilsner, Chingona Mexican Lager, and Desert Vibes Light Mexican Lager to name a few.

They also own Angela's Kitchen, an America restaurant, in Sun City Grand, a resort-style community in Surprise, Arizona.

The Italian restaurant is named after one of Rana's grandchildren, he said.

Diners can expect hand-tossed pizzas cooked in a wood-fired oven and handmade pastas, he said, including spaghetti, linguine, ravioli, and tortellini.

The 3,400-square-foot restaurant will have seating up to 150 people, said Rana. It will also have a 2,000-square-foot wrap-around patio with an indoor-outdoor bar with "a large wine inventory," he said.

People walking by the restaurant will be able to look through one of the windows into the kitchen where chefs will be busy making fresh pasta, said Rana.