SCOTTSDALE, AZ — What kind of menu would you expect for a dinner that costs $35,000?

Such a dinner has been an option on the menu at Bourbon and Bones Steakhouse in Old Town Scottsdale for the last three years. (We wrote about it back in 2017.)

An Arizona restaurant is offering a $35,000 "epic" dinner option right now! (If you go, invite us please!) https://t.co/PbycTSTXxp #abc15 pic.twitter.com/5FQAZIGqMf

Known as the "Epic Cristal Dinner," it included a premium six-course dinner for up to 12 people in a private dining room, a dozen 32-ounce dry-aged Wagyu (Japanese beef) tomahawk ribeye steaks, and at the dinner's centerpiece, a three-liter bottle of a limited 2002 Vintage Cristal Jeroboam Champagne.

Of course, with a dinner like that, you have to arrive and depart in style...with a provided limousine ride (that's included, too).

So, the big question is, has anybody shelled out and bought this dinner? Turns out, yes!

The dinner was purchased last November, actually. We do not know who bought it because they wished to remain anonymous, according to a restaurant spokesperson. But, we are learning a little bit about what the experience was like.

Executive Chef Kevin Gage was there to helm the kitchen and Christopher Marshburn, assistant general manager and sommelier, was there to make sure everything ran smoothly... and to pour the Cristal champagne.

"We were excited," said Gage. "It’s fun to have people come into your restaurant and spend that type of money because they see quality in what you do and what you’re giving them — the Cristal, the giant steaks, very high quality, the best you can get."

He said the dinner consisted of the steaks, seafood towers and the "whole shebang." For an ABC15 shoot, Gage also prepared a number of dishes that show what could be part of the luxury dinner. 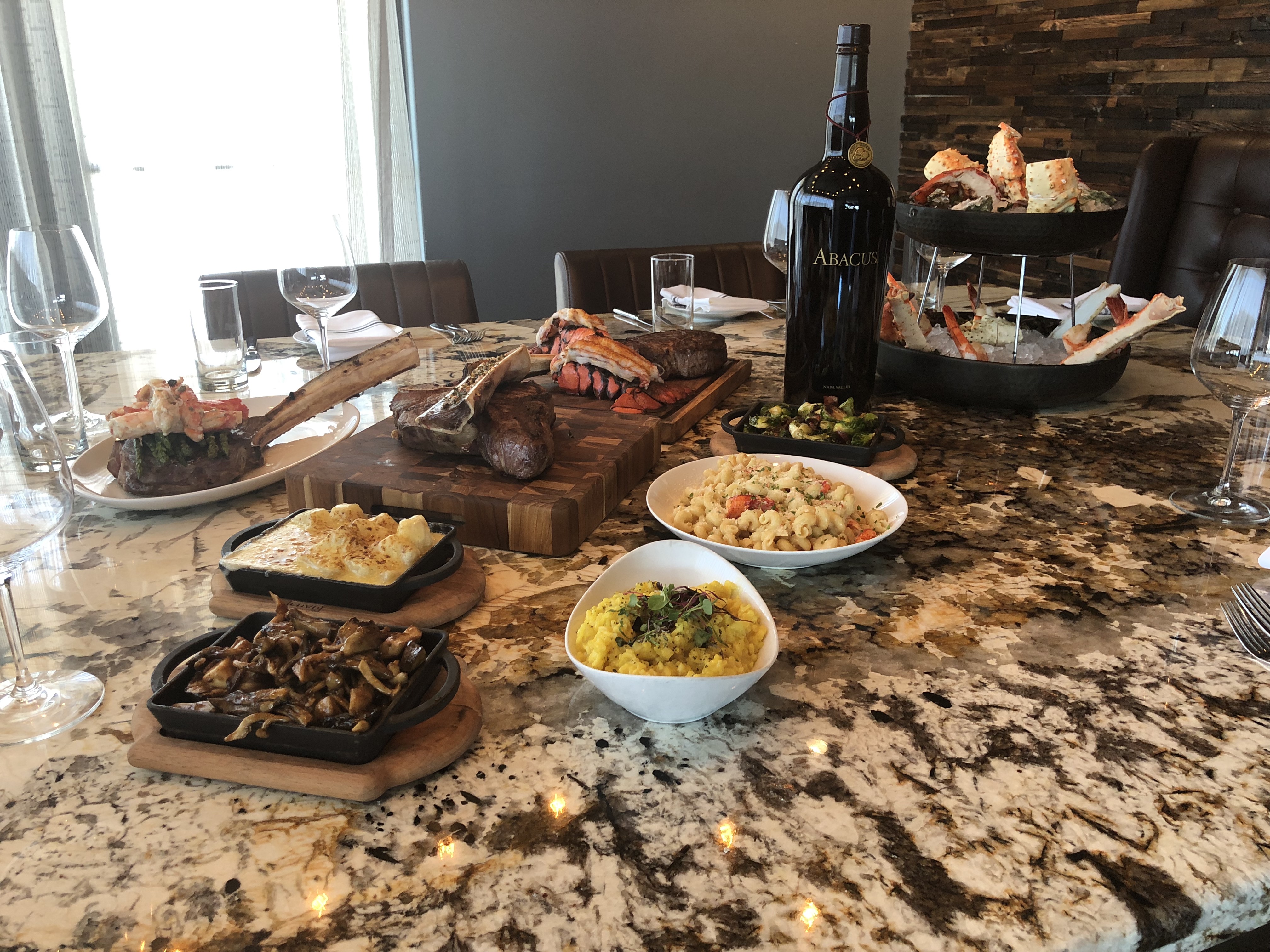 As for the Cristal champagne, the bottle itself is housed within a seven-meter brass strip casing that is plated in 24-carat gold, which takes four days to make, according to its website. There were only 200 bottles of that particular champagne made, Marshburn said.

"It was beautiful. It was a very elegant well-rounded champagne. The bubbles were the perfect size and it paired with everything," said Marshburn.

The Scottsdale steakhouse is now offering a second dinner, and it is $15,000 less than the Cristal version. It is being called the "ZD Abacus Dinner," named after the Napa, California winery.

For $20,000, like the Cristal dinner, it includes limousine service to and from the restaurant, a six-course dinner for up to 12 people, including a dozen 32-ounce dry-aged tomahawk ribeye steaks, and a three-litter bottle of a limited edition of ZD Abacus wine.

"It is pretty rare," said Marshburn. "There aren’t any other wineries that do this."

Marshburn described the wine as big, rich and elegant, "but with the age it doesn't have as sharp of edges as a current release Napa Cabernet. It's a little bit softer. It's a very elegant silky Cabernet."

It features a blend of 26 different years of ZD's vintage Cabernet.

As with the Cristal dinner, the ZD Abacus dinner will donate a portion of the proceeds to UMOM New Day Centers, which provides shelters and resources for homeless families in the Valley.

If you're interested in booking the dinner, do not forget to invite the author of this article (please), but you can do so by contacting the restaurant.