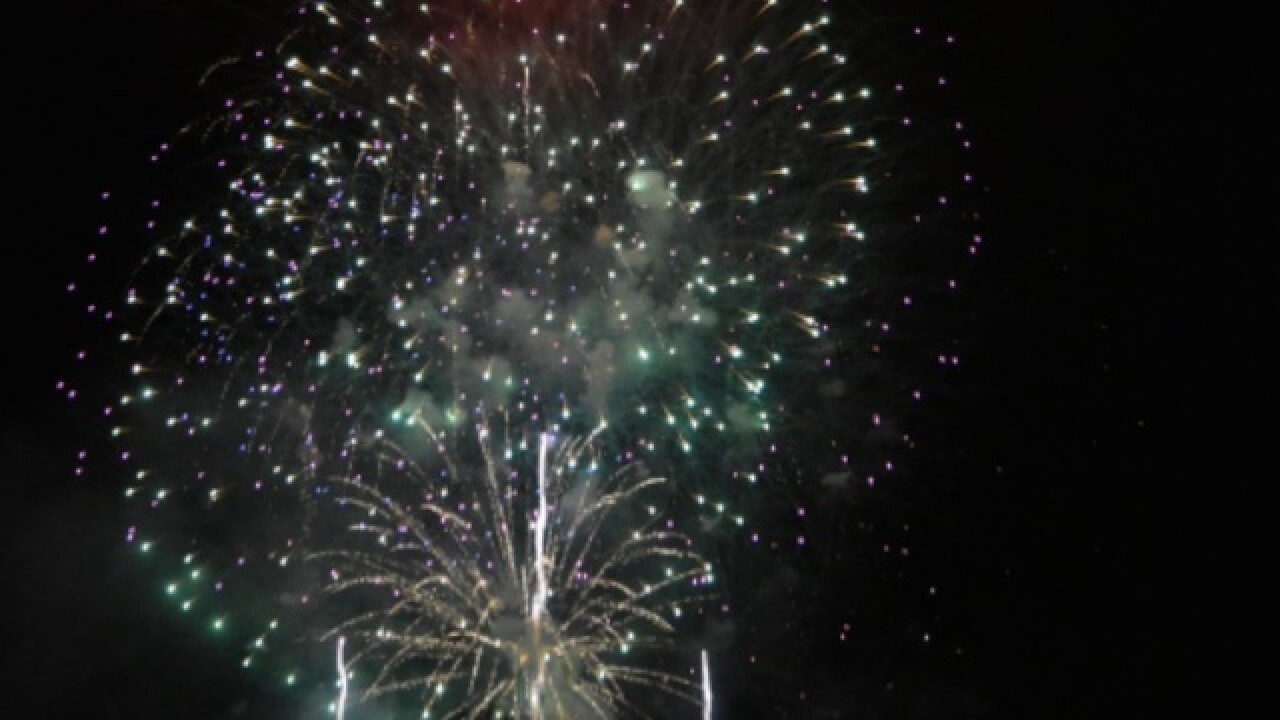 Eight cities and towns in Arizona have canceled their Fourth of July fireworks shows due to the state's drought conditions and fire risks.

Flagstaff, Williams, Prescott, Prescott Valley, Cave Creek and Show Low have all announced that their Independence Day events will not include fireworks this year.

On Tuesday, Heber-Overgaard and Chino Valley announced that their fireworks would not happen.

But, that does not mean the entire celebration is kaput.

Flagstaff has partnered with The Oakmont Restaurant for its annual "Lights on the Lawn" event. There will be water slides, an obstacle course, corn maze and music from J Michael Harter and Zona Road, a news release said. More information.

The City of Prescott will have inflatable water slides and obstacle courses, music, and food and drink set-up at Mile High Middle School, according to a news release. More information.

The Town of Prescott Valley moved its activities indoors to the Prescott Valley Civic Center. They will have inflatables, a 24-foot-tall rock wall, bungee trampolines and a beer garden, according to their website. More information.

Civana Carefree, the wellness resort, also announced that it would host an aerial drone "alternative" Fourth of July fireworks show. Instead of fireworks, the drones are equipped with LED lights.

Show Low will have its annual Fourth of July parade in the morning, followed by activities at Frontier Fields and FreedomFest at Show Low High School's football complex. There will be games and activities, live music and a performance from the Show Low High School Choir. More information.

Heber-Overgaard canceled its Independence Day fireworks scheduled for July 7, but will still have a parade that morning and activities at Tall Timbers Park. More information

The following fireworks shows in Northern Arizona have not been canceled:

Cliff Castles Casino in Verde Valley will have a "Family Fun Picnic" at its Stargazer Pavilion from 4 p.m. - 9 p.m. with free hot dogs, soda and chips; inflatables and bounce houses, carnival games and face painting. Fireworks are scheduled to start at 9:15 p.m. More information.

Twin Arrows Resort Casino in Flagstaff is still planning to light its fireworks at 9 p.m. They will also have other events leading up to the fireworks. More information.

Cottonwood will host a Fourth of July festival at Cottonwood Kid's Park on July 4. There will be water slides, inflatables, games and food-eating competitions. Fireworks are slated to start at 8:45 p.m. More information.

Town Manager LaRon Garrett said Payson's fireworks will still happen on July 4. He said they have a safe venue. Fireworks are set to start at 9 p.m. More information.

Winslow wrote on Facebook "don't let the rumor mill fool you! We WILL have fireworks on Wednesday, July 4." More information.

If you're closer to Phoenix, no fireworks have been canceled. We found more than 20 fireworks displays around the Valley.