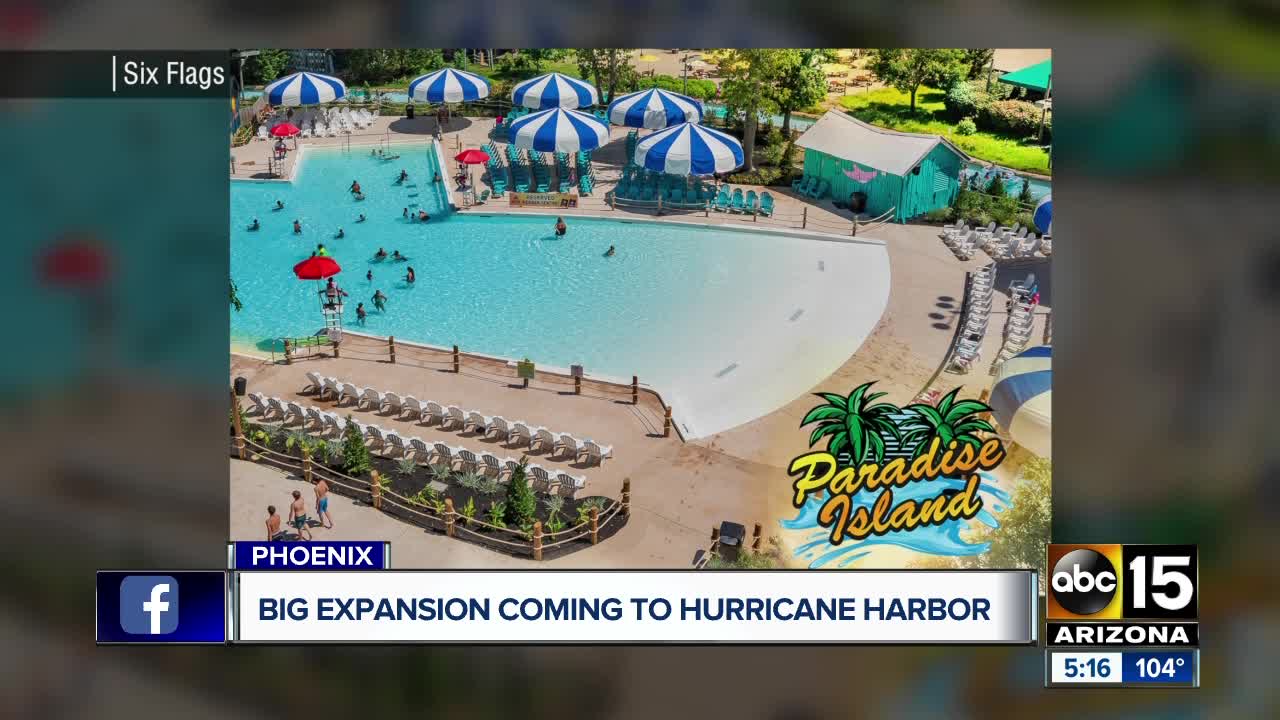 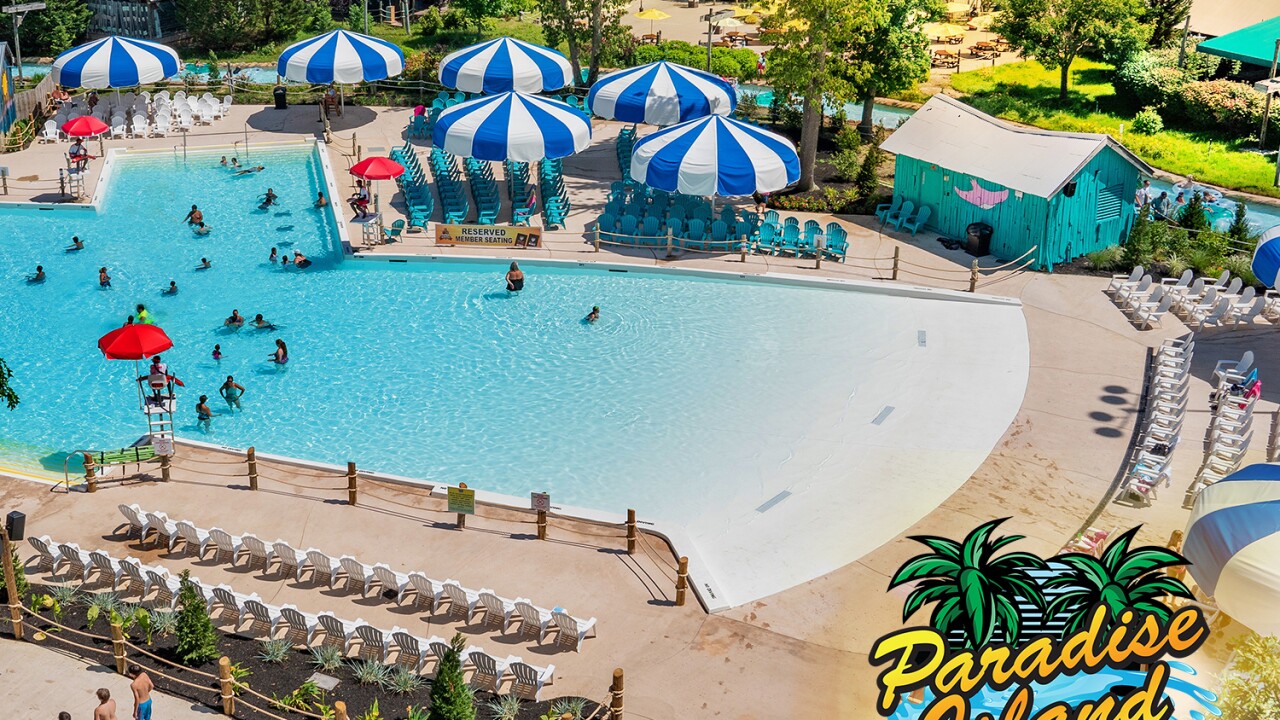 GLENDALE, AZ — One of the Valley's water parks is expanding.

Six Flags Hurricane Harbor Phoenix, formerly known as Wet 'N Wild, announced Thursday its plans to open "Paradise Island," a nearly 42,000-square-foot addition to the water park. It will be its first expansion in years, a news release said.

Among the expansion plans, Paradise Island will have a 12,000-square-foot activity pool with different water elements, floating lily pads that people can walk on, a water basketball court, and a volleyball pool, according to the release. There will also be lounge seating, shaded areas, and more restrooms.

It will be located near the Coconut Bay children’s area and Adventure River.

“Hurricane Harbor is the premier water park destination in Arizona and we are committed to offering thrilling, new experiences that can be shared with family and friends,” said Donald Spiller, the water park's general manager, in a statement. “Paradise Island will feature multiple new water play activities and relaxing water fun; it’s sure to be a favorite destination for guests of all ages."

Heather Miles Austin, director of The Ferraro Group, who handles the Phoenix water park's public relations, said construction was scheduled to start in the fall, during the water park's off-season, with an opening planned for summer 2020.

The last day of the current season is Oct. 13.

The water park also announced a "flash sale" over the Labor Day weekend on its 2020 season passes. Between Aug. 29 and Sept. 2, those who purchase passes will be upgraded to a "Gold Pass," which includes admission to the Phoenix water park, Six Flags Magic Mountain, and any of Six Flags' other theme parks, the release said. You can learn more at Six Flags' website, www.sixflags.com/phoenix/store/season-passes.

Six Flags purchased the water park in 2018 and branded it as Six Flags Hurricane Harbor Phoenix earlier this year.