SALT RIVER PIMA-MARICOPA INDIAN COMM. — After a nearly three-month renovation, Polar Play Ice Bar -- the Valley's only ice bar -- has reopened at Odysea in the Desert, the entertainment complex near the Loop 101 and Via de Ventura on the Salt River Pima-Maricopa Indian Community.

Most of the renovations took place inside the venue's 23-degree cooler where they added more ice sculptures, including an "ice throne" with a fiery dragon etched into the ice, a "rock and roll area" with a ice couch, and old records and microphones frozen into the icy walls, and an Arizona-themed area with the state's flag, a sculpture cactus and coyote. 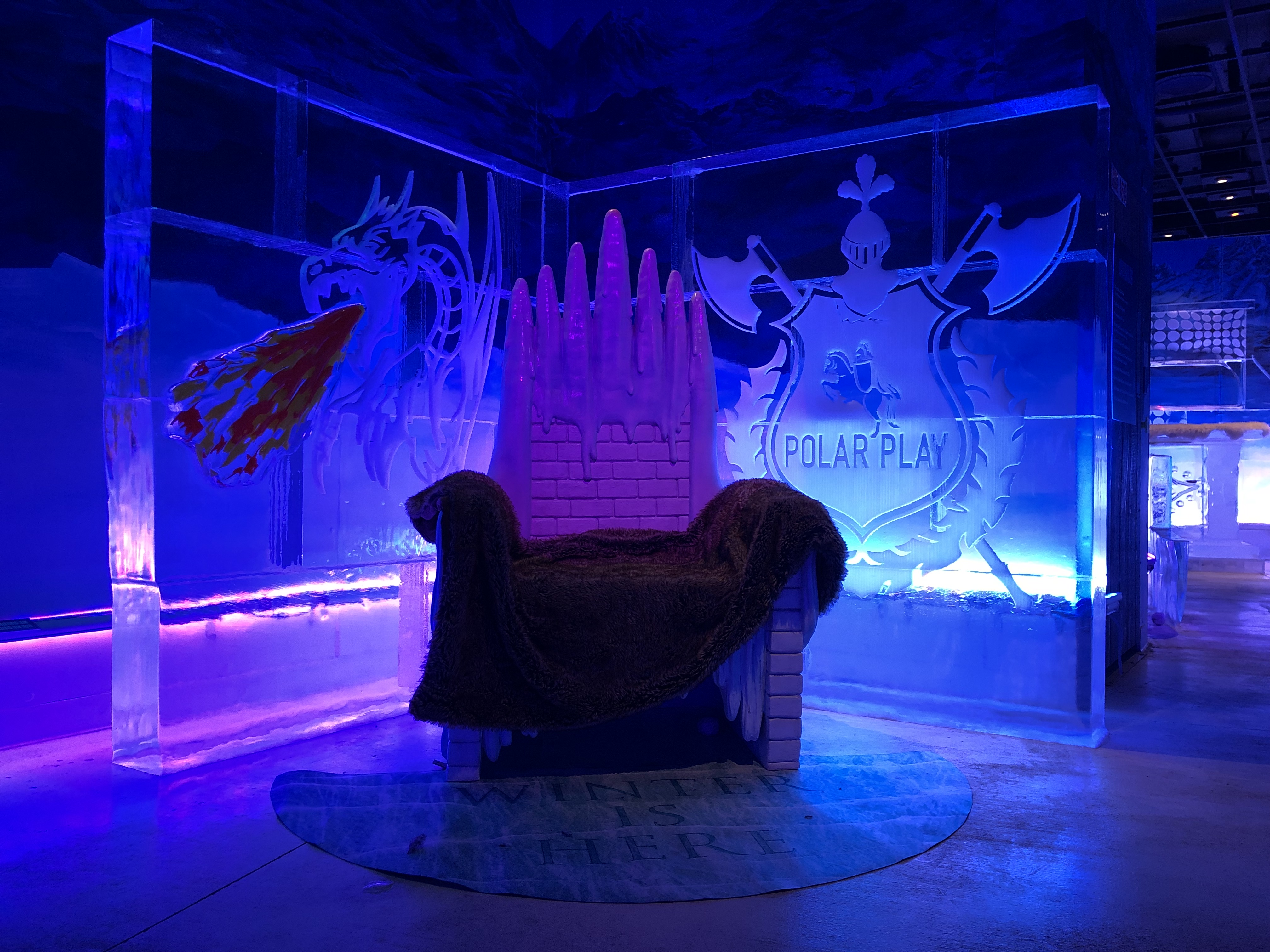 "We actually broke up the room a little bit more so it's more inviting, more photogenic for a lot of picture-taking and just kind of spread out the games a little bit," general manager Eddie Padillo told ABC15.

They added a "wanted" sign made of ice where people can take pictures, and a redesigned bar where kids can order frozen slushies and hot chocolate, and adults can order alcoholic "sloshies."

They've also updated the food menu from when it first opened in 2017. Instead of gourmet baked potatoes, the menu features slices of pizza, garlic knots and chicken strips.

"You gotta keep changing," Padillo said of the renovation. "The walls continue to melt as it is, but we wanted to do a fresh vibe and came up with some different cool things."

All of the sculptures were carved by Mike Armitage, of Armitage Ice. He said there was more than 20,000 pounds of ice in the room.

On the other side of the cooler is the lodge where people can warm up, sit by the fireplace and play games.

For the re-launch, Polar Play is offering discounted admission, which is $8-10 per person. Each person will get a coat and gloves to wear while in the cooler.