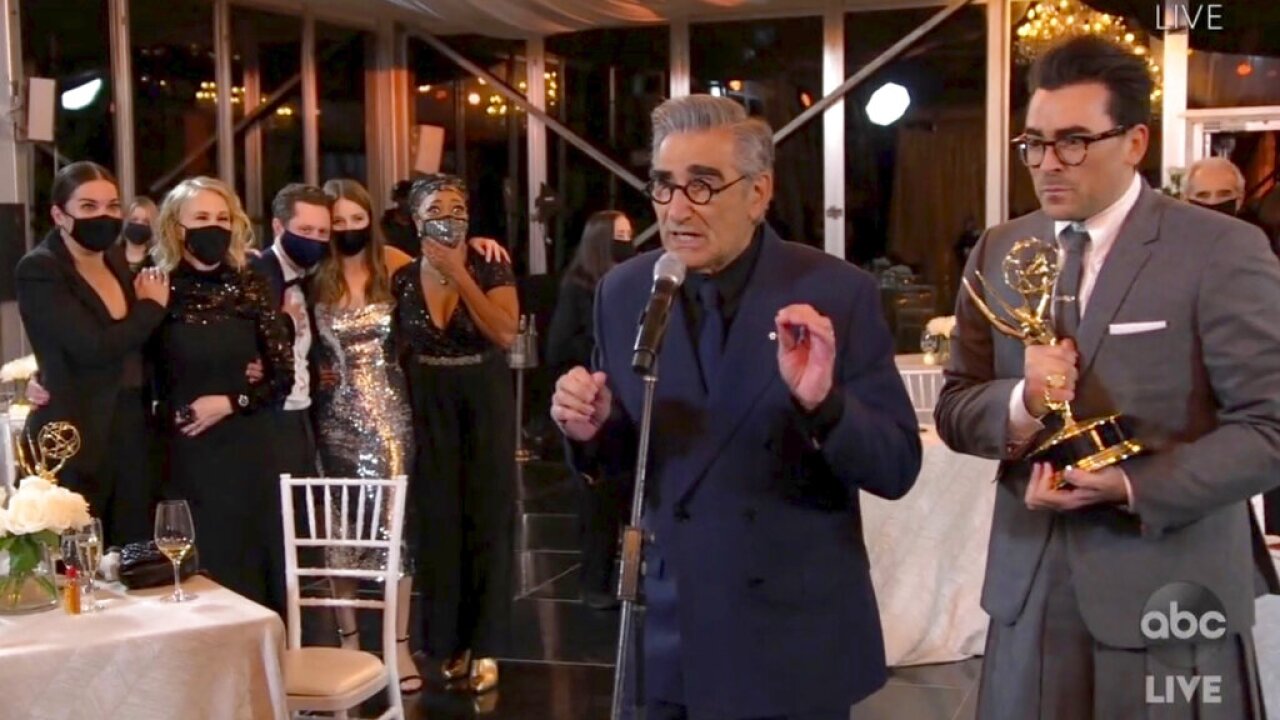 The Rose family literally swept the comedy portion of the 72nd Primetime Emmy Awards on Sunday evening, with "Schitts Creek" taking home all seven awards during the TV broadcast.

"Our show at its core is about the transformational effects of love and acceptance and that is something that we need more of now than we've ever needed before."

Here is a run-down of their wins: