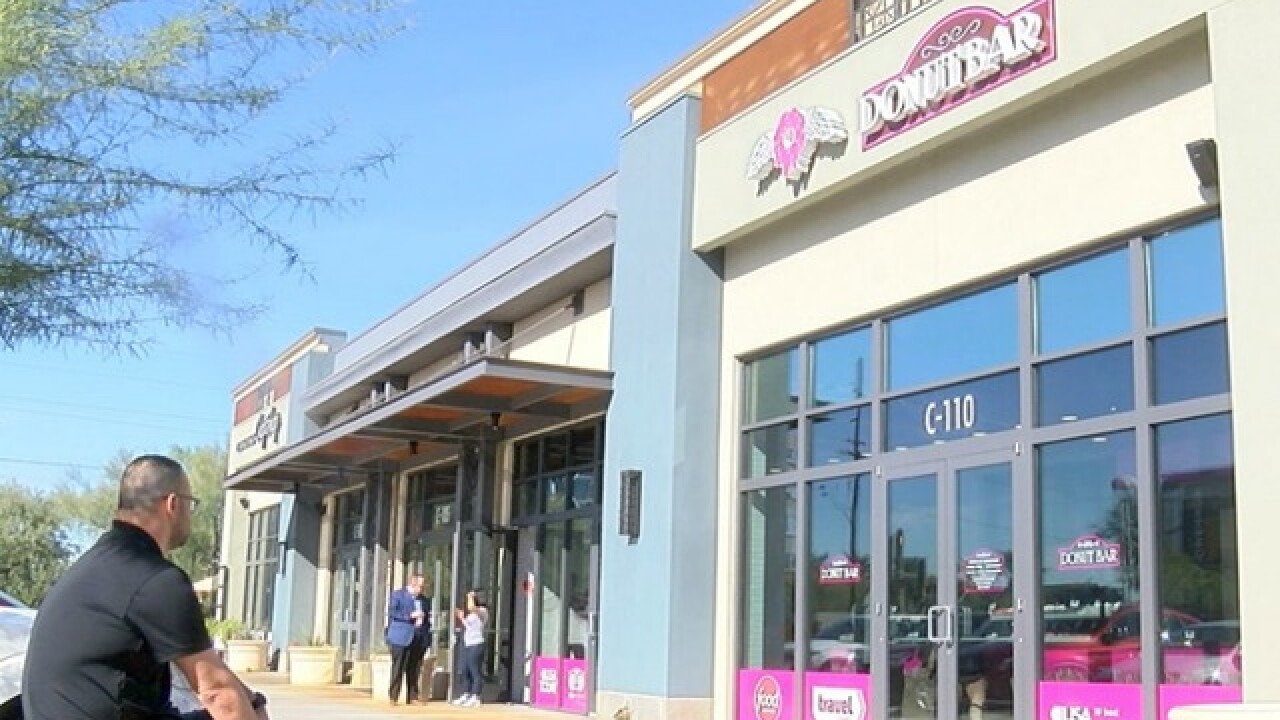 How does a grilled cheese between two doughnuts sound? Or French toast made using two plate-sized cinnamon-sugar doughnuts?

Those are two items available on the menu at "Donut Bar," a San Diego, California-based doughnut concept with Instagram-worthy doughnuts and a bar to boot.

On Saturday, Nov. 17, Donut Bar will open its first spot in Arizona in North Scottsdale near Frank Lloyd Wright Blvd. and Scottsdale Road. It is in the same building as Original Chop Shop.

The first 100 people in line will receive a free giveaway.

Sheley Brien, who owns the franchise with her husband, said all of the doughnuts are made fresh in-house every day

They will have 24 kinds of decorated doughnuts each day. Options include Red Velvet, Unicorn Doughnut, Apple Fritter, and Nutella Overload (it is stuffed with Nutella), among others. They have cake, yeast and a vegan doughnut.

Chef Santiago Campa's recipe book features more than 100 doughnut recipes, she said, so the options will change throughout the year.

"We don't do anything small here. We only go big," she said.

They make a limited amount of doughnuts each day. When they sell out, the store closes until the next day.

There is the 20-foot-long doughnut bar with its doughnut display case and a griddle. On the other side of the shop is a five-seat bar and community tables.

There, guests can either eat their doughnuts or order a beer or mimosa, or do both. They have eight beers on tap including Four Peaks, Huss Brewing Company, Papago Brewing's Orange Blossom and SanTan Brewing.

They also have three types of mimosa: traditional, pineapple and mango.

The Scottsdale location is the first franchise store for the company. They have plans to open another location in Tucson and others throughout California, but timeframes were not announced.