Sam Fox is opening four more restaurants in the Valley: Here is what we know 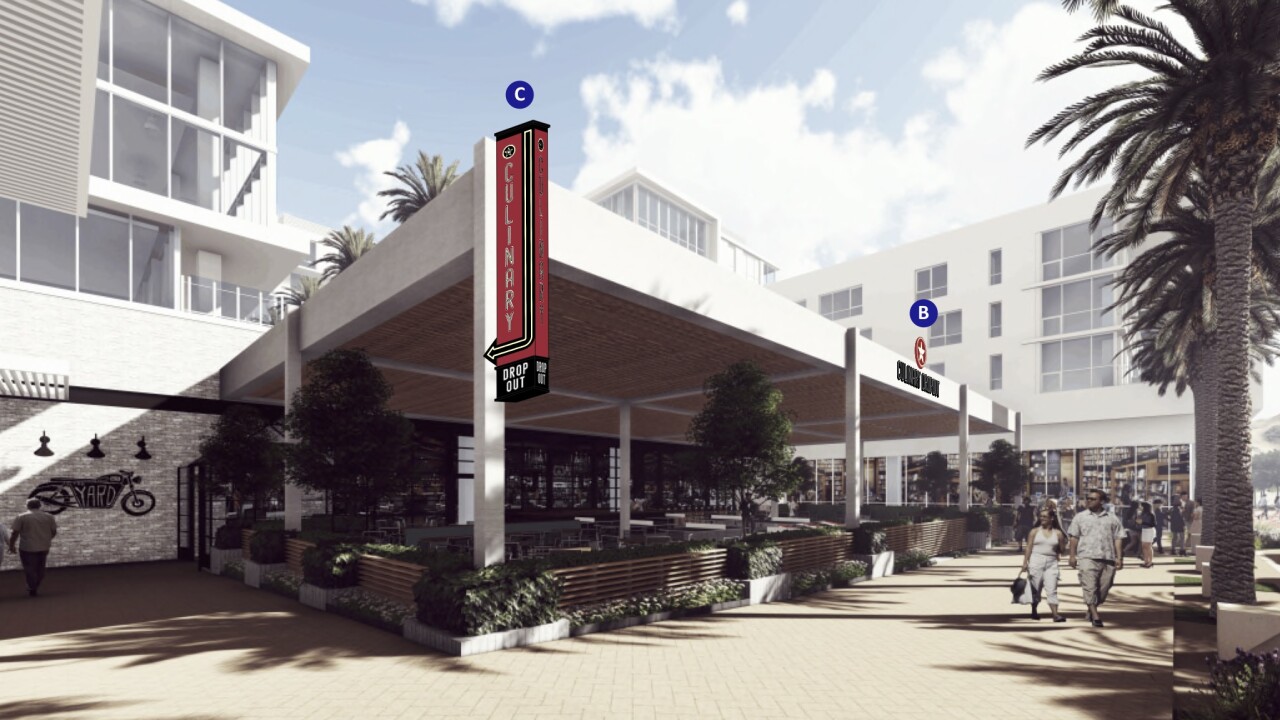 Flower Child, North Italia, Blanco Tacos + Tequila, and Culinary Dropout at the Yard are all opening new locations around the Valley, primarily in downtown Phoenix and the East Valley, Fox Restaurant Concepts said Friday morning in a news release.

Blanco Tacos + Tequila: The announcement on Friday is more of an update from the Fox Restaurant Concept team. Blanco's expansion to downtown Phoenix was actually announced back in January. On Friday, it was announced that the Mexican concept was expected to open sometime during the first half of 2020. It will be part of Block 23, the residential-office-retail project near Washington and First Streets, across from CityScape. The restaurant itself will be across from Fox's other restaurant, The Arrogant Butcher.

It will mark Blanco's sixth location in the states. Others are located at Biltmore Fashion Park in Phoenix, Sky Harbor International Airport (Terminal 4), Scottsdale, and Tucson.

Flower Child & North Italia: Earlier this week, ABC15 reported that Fox had filed business plans related to Flower Child and North Italia with the Town of Gilbert. Friday's announcement confirmed those plans. Flower Child, Fox's health-focused concept, and North Italia, his Italian concept, will open on the northwest corner of Williams Field Road and SanTan Village Parkway, near Firebirds Wood Fired Grill and Living Spaces. They will share an L-shaped building and a courtyard, but will operate as independent restaurants. It is not known when construction is expected to start nor when those restaurants are expected to open.

The openings will be Flower Child's fifth restaurant in Arizona. Others are located in Arcadia, Desert Ridge Marketplace, Uptown Plaza, and Scottsdale. North Italia has three restaurants in Arizona: Phoenix, Scottsdale, and Tucson. This will be the brand's fourth.

Culinary Dropout at the Yard: Culinary Dropout is headed to the Scottsdale Quarter. Construction recently started on the 15,000-square-foot restaurant, the company said in its news release. It will be located on 73rd Place, across the street from The Quad and water fountain. Like the one in downtown Gilbert, which opened earlier this year, it will have indoor and outdoor dining, a bar, private dining rooms, and outdoor games, such as cornhole, ping-pong and shuffleboard. It is anticipated to open during spring 2020.

In an interview with ABC15 on Friday, Fox said the Scottsdale restaurant would have an enclosed patio that could be warmed in the winter and cooled during the summer months. "When it's beautiful out, the walls come up and it has a really great feel, indoor and outdoor," he said.

He also said the building would have more of an upscale feel compared to other Culinary Dropout locations.

The opening will mark Culinary Dropout's sixth restaurant in Arizona. Others are in Gilbert, Phoenix, Scottsdale, Tempe, and Tucson.

In July, it was announced that The Cheesecake Factory would acquire Fox's company and all of its brands in a multi-million deal and that Fox would remain as CEO. The two companies have a relationship as Cheesecake had previously invested in the North Italia and Flower Child brands.

"The last three month have been great, Busy. Working on our development plan and continuing to grow the company" Fox said in an interview Friday afternoon with ABC15. "Working with our partners at Cheesecake has been great. It's been seamless. It's been sort of a non-event."

In an interview after the summer announcement was made, Fox said customers should not notice any changes, and that it would ultimately mean more opportunities to open more restaurants. He teased then that there were upcoming announcements regarding Gilbert.

"It means we have an exciting future ahead of us. You know, we obviously have an incredible partner with The Cheesecake Factory, and we're excited about the growth and the opportunity of building a brand all around the country with, whether its North [Italia], or Flower Child, or The Henry, or Blanco, or any of the exciting brands that we have," he said at the time.

Fox also has plans to build a five-story boutique hotel near 44th Street and Camelback Road. The hotel will be part of a $300 million multi-use project by RED Development that includes the new training facility for the Phoenix Suns and Phoenix Mercury, office space, restaurants and shops, a self-storage facility, and office space. Construction on that development is expected to start next summer.

He said the team is still working on securing a couple of easements, but if all goes well, the hotel will have about 100 rooms, restaurants and bars, a spa, gym, and a rooftop lounge.