Roadhouse Cinema in Scottsdale announces it will reopen on June 10 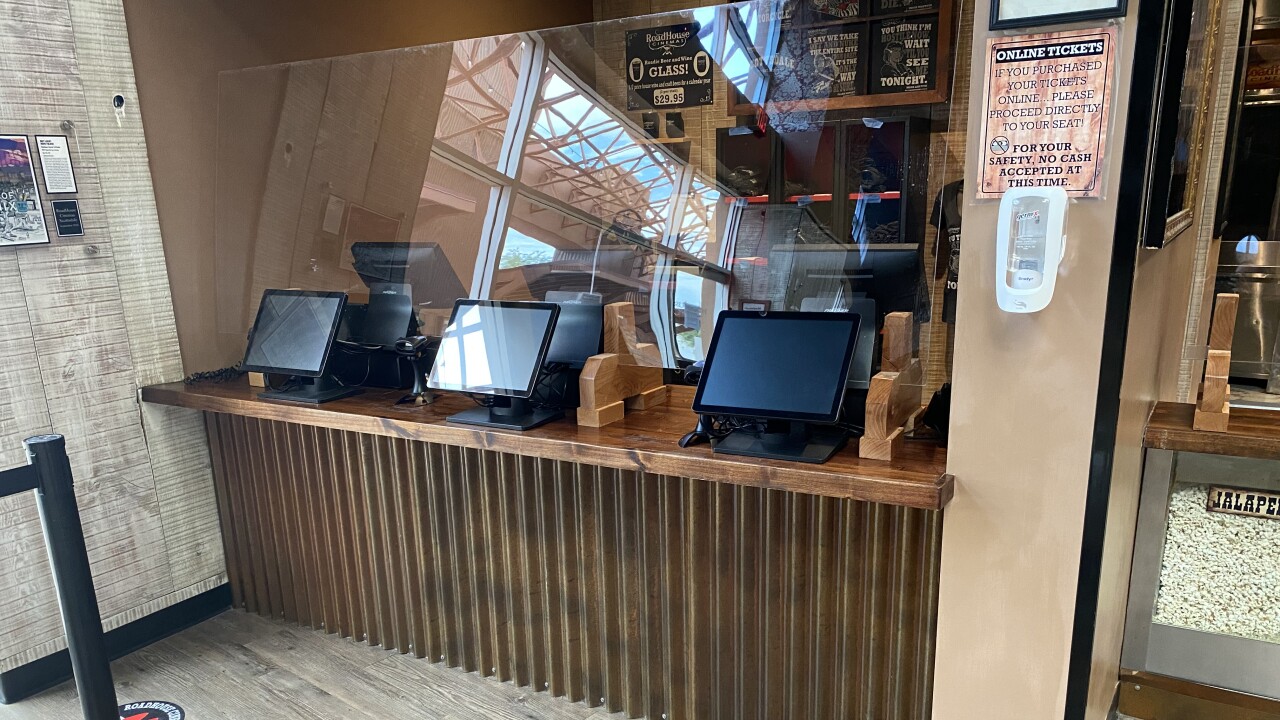 Roadhouse Cinema Scottsdale
In an image provided to ABC15 from Roadhouse Cinema in Scottsdale, the movie theater has installed Plexiglass and hand sanitizer at its box office, as well as placed markers on the ground to illustrate the six-foot recommendation for social distancing. 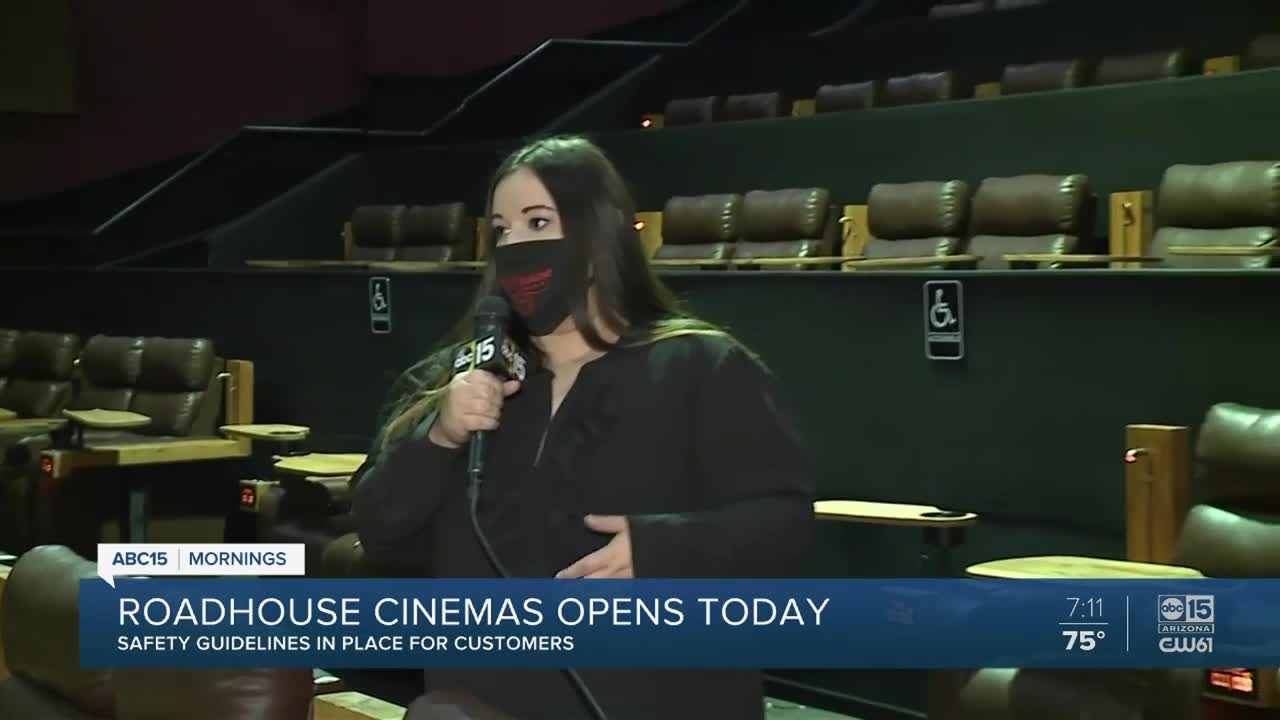 SCOTTSDALE, AZ — Roadhouse Cinemas near Scottsdale has announced that it will reopen on Wednesday, June 10, nearly three months after closing because of the coronavirus pandemic.

"This may just be the news you've been waiting for... WE'LL BE RE-OPENING WEDNESDAY, JUNE 10TH!" a post on the movie theater's Facebook page read. The theater is located within The Pavilions at Talking Stick Shopping Center, part of the Salt River's Talking Stick Entertainment District, near Loop 101 and Talking Stick Way.

"We are cleaning and sanitizing from top to bottom and working tirelessly to make your return to RoadHouse safe and comfortable!" the theater said in its post. "More on our new safety protocols to come - stay tuned!"

The dine-in theater chain's location in Tucson will also reopen on June 10, according to a post on its Facebook page.

General manager Azra Bajraktarevic spoke to ABC15 via phone on Friday and said the theater has made a number of changes to encourage social distancing and to maintain safety.

She said people would be encouraged to purchase their tickets online and that every second seat would be restricted to maintain social distancing, something she said the theater started doing in March as attractions were adapting to COVID-19, but before movie theaters were ordered to shut down.

Plexiglass barriers have been installed at the bars and at registers, six-foot markers have been placed around the theater, and hand-sensitization stations will be located in each auditorium, she said.

They have switched to paper menus and removed condiments, such as ketchup, from their tables, she said. Employees will wear masks and gloves, be required to wash their hands every 15 minutes, and to undergo daily temperature checks.

When it opens, the theater plans to screen classic, family-friendly films, such as Lord of the Rings, Harry Potter, and The Wizard of Oz. Admission will be reduced to $4 - $5.

It is one of two movie theaters that have reopened, so far, in the Valley.

FatCats, a Utah-based company that has locations in Gilbert and Mesa, reopened its venues and movie theaters last week.

Harkins and Cinemark have alluded to possible mid-summer openings, which is when some of the movie studios plan to release their summer blockbusters. Regal Cinemas, Studio Movie Grill, and AMC remain closed.