Report: Some Subway restaurants may stop selling the $5 footlong sandwich 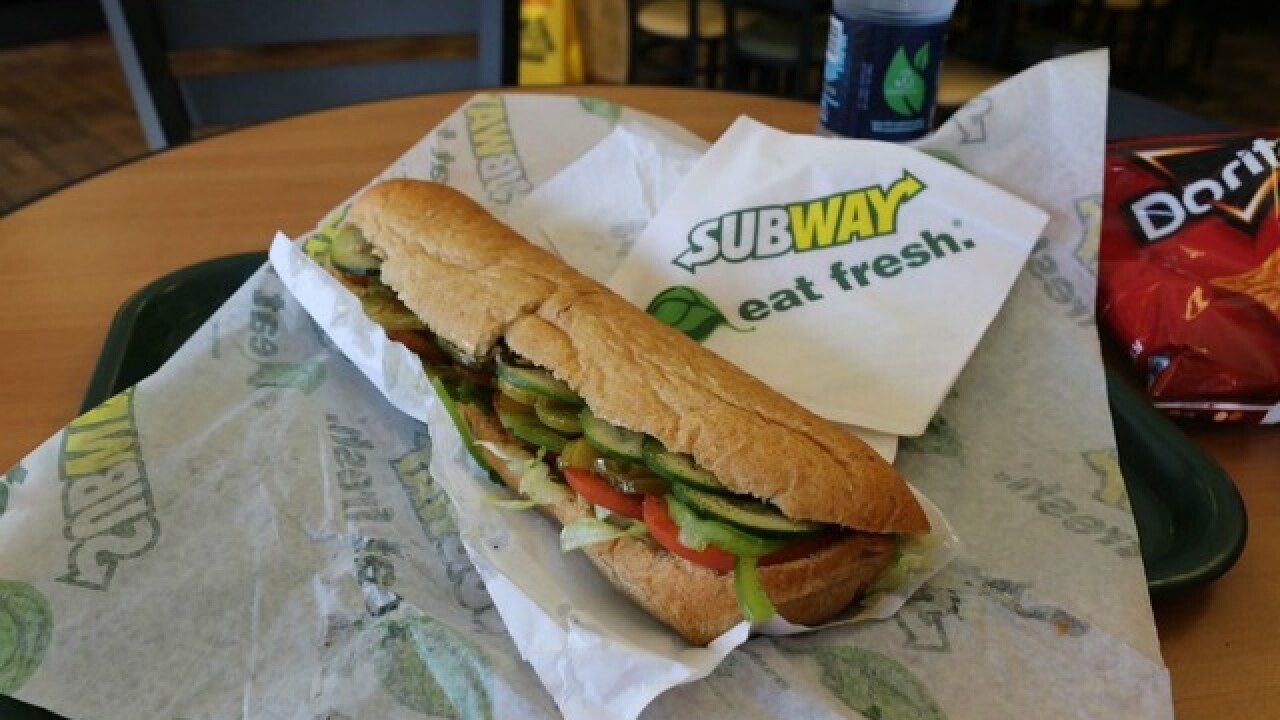 Copyright Getty Images
Getty Images
<p>A Subway sandwich is seen in a restaurant as the company announced a settlement over a class-action lawsuit that alleged that Subway engaged in deceptive marketing for its 6-inch and 12-inch sandwiches and served customers less food than they were paying for on October 21, 2015 in Miami, Florida. While it denies the claims, Subway said that franchisees would be required to have a measurement tool in stores to make sure loaves are 12-inches</p>

Subway's $5 footlong may soon disappear from restaurant menus with paninis set to potentially make an appearance, according to a report by USA Today 's Zlati Meyer.

In the report , Subway's CEO Trevor Haynes said beginning in September, restaurant franchises will no longer be required to offer the $5 footlong promotion, which became popular during the recession.

That does not mean the $5 footlong promotion is dead. It means it will be up to the individual locations to decided whether or not to offer it.

Franchisees reportedly complained that the $5 promotion cut into already slim margins, according to USA Today's report .

"How do we help our franchisees with more of a regional value message, so they're able to (have) a value proposition that fits with their economic model," Haynes told USA Today . "If you look at California, there's a very different cost of business than in Arkansas.

He also said the sandwich chain is testing new sandwich combinations and paninis at restaurants in California. The report did not specify if -- or when -- those would be rolled out nationwide.