Regal Cinemas to temporarily close all 536 of its U.S. theaters on Thursday, including Gilbert theater 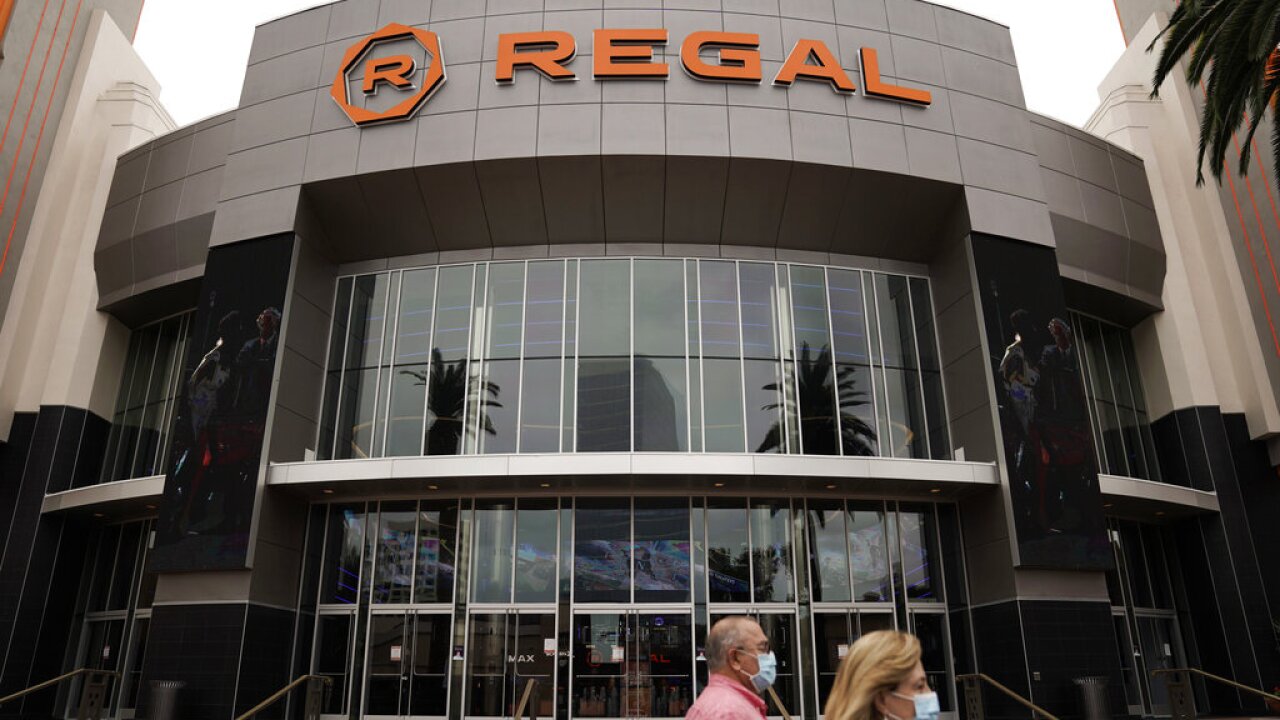 PHOENIX — Regal Cinemas will again temporarily close all 536 of its U.S. movie theaters, as well as its movie theaters in the United Kingdom, after its last showings on Thursday, Oct. 9, its parent company, Cineworld, announced Monday. Regal Cinema has one Arizona movie theater in the Town of Gilbert. That location reopened on Aug. 28 after Maricopa County met the state's benchmarks allowing movie theaters -- and other industries -- to reopen at reduced capacities, according to its website. Mooky Greidinger, the CEO of Cineworld, said in a news release that the closures are the result of two issues: a lack of blockbuster films being released and that movie theaters in some top U.S. markets, such as New York, remained closed because of the coronavirus pandemic. "This is not a decision we made lightly, and we did everything in our power to support a safe and sustainable reopening in the U.S.– from putting in place robust health and safety measures at our theatres to joining our industry in making a collective commitment to the CinemaSafe protocols to reaching out to state and local officials to educate them on these initiatives," Greidinger said in a news release. "Despite our work, positive feedback from our customers and the fact that there has been no evidence to date linking any COVID cases with cinemas, we have not been given a route to reopen in New York, although other indoor activities – like indoor dining, bowling and casinos were already allowed. The prolonged closures have had a detrimental impact on the release slate for the rest of the year, and, in turn, our ability to supply our customers with the lineup of blockbusters they've come to expect from us. As such, it is simply impossible to continue operations in our primary markets," he said. Nearly 40,000 U.S. employees will be impacted because of the closure, according to a news release. Cineworld said it would continue to monitor the situation to determine a reopening plan, but did not announce a specific timeline. AMC Theatres, Arizona-based Harkins Theatres, Roadhouse Cinema, Picture Show, Alamo Drafthouse, Flix Brewhouse, and other theater chains, have reopened their locations in Arizona. Some have shown new releases as they've come out, while also relying on discounted family-friendly flicks and movies that had their theatrical releases cut short at the beginning of the pandemic to entice people back to the theater.