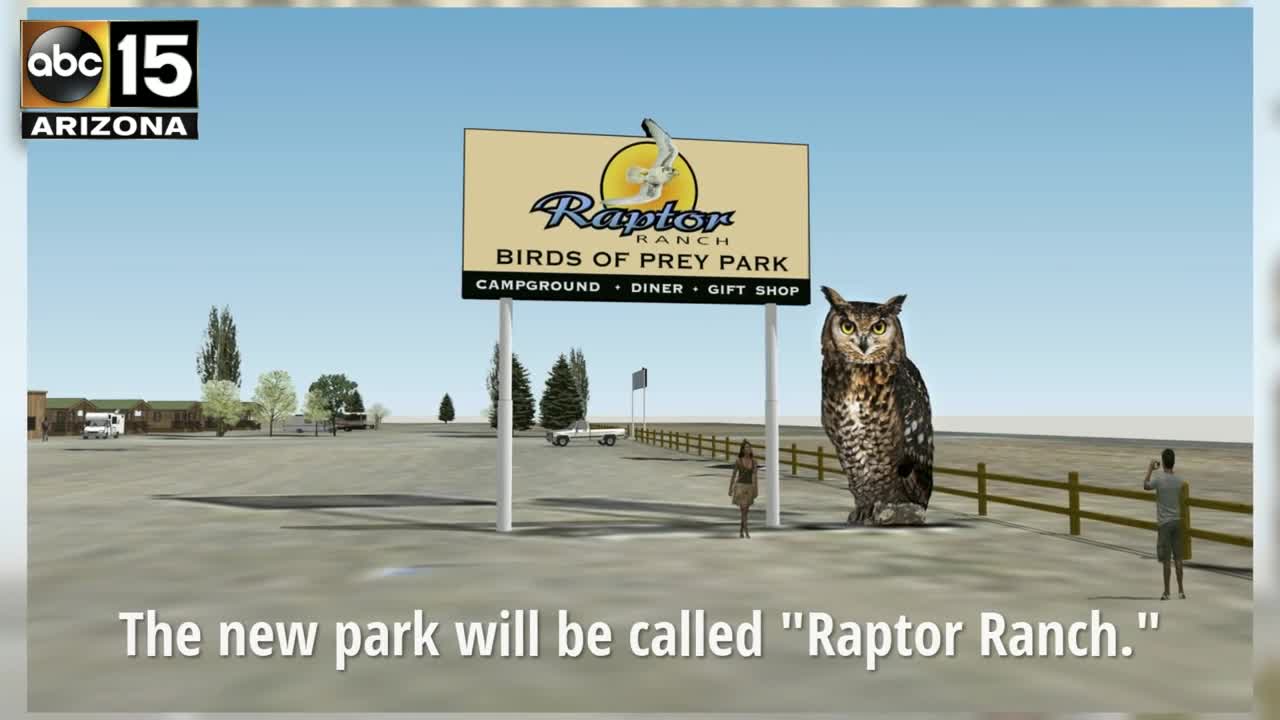 New owners are in the process of buying Bedrock City Arizona, the Flintstones-themed attraction in Northern Arizona. They plan to turn it into Raptor Ranch, an animal attraction and park featuring eagles, hawks and owls. We're getting our first look at what the new concept could look like. 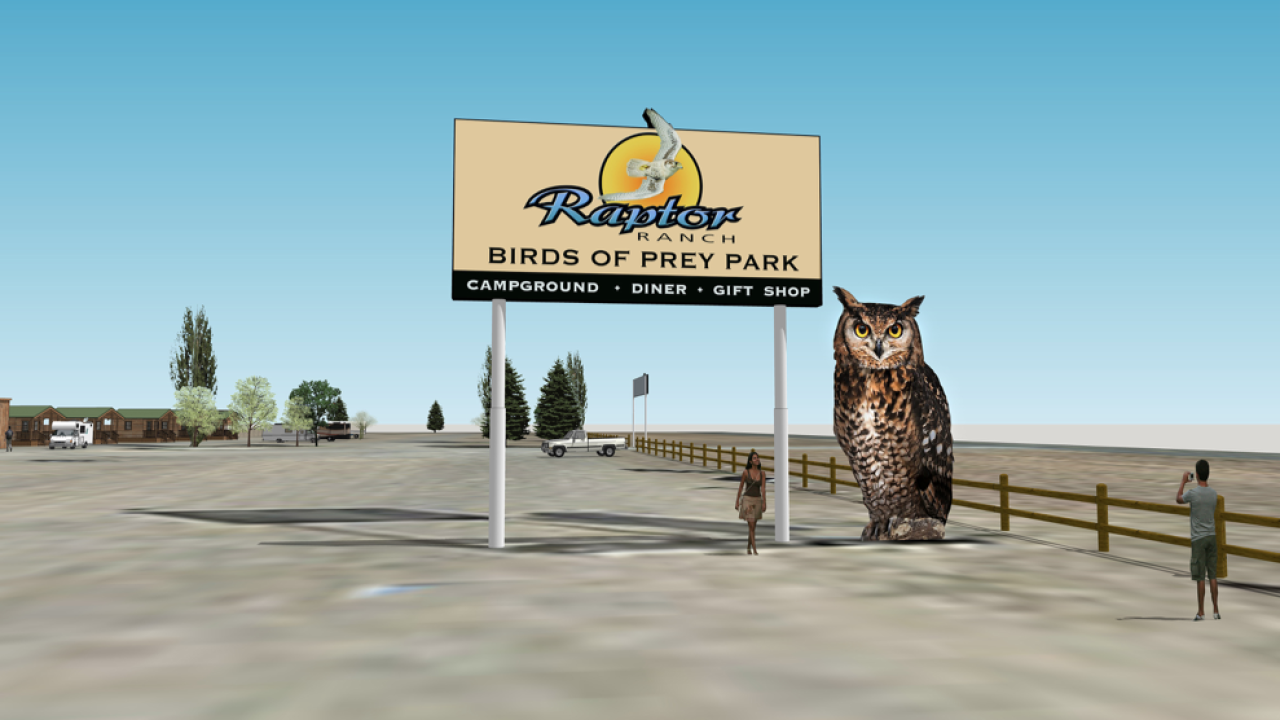 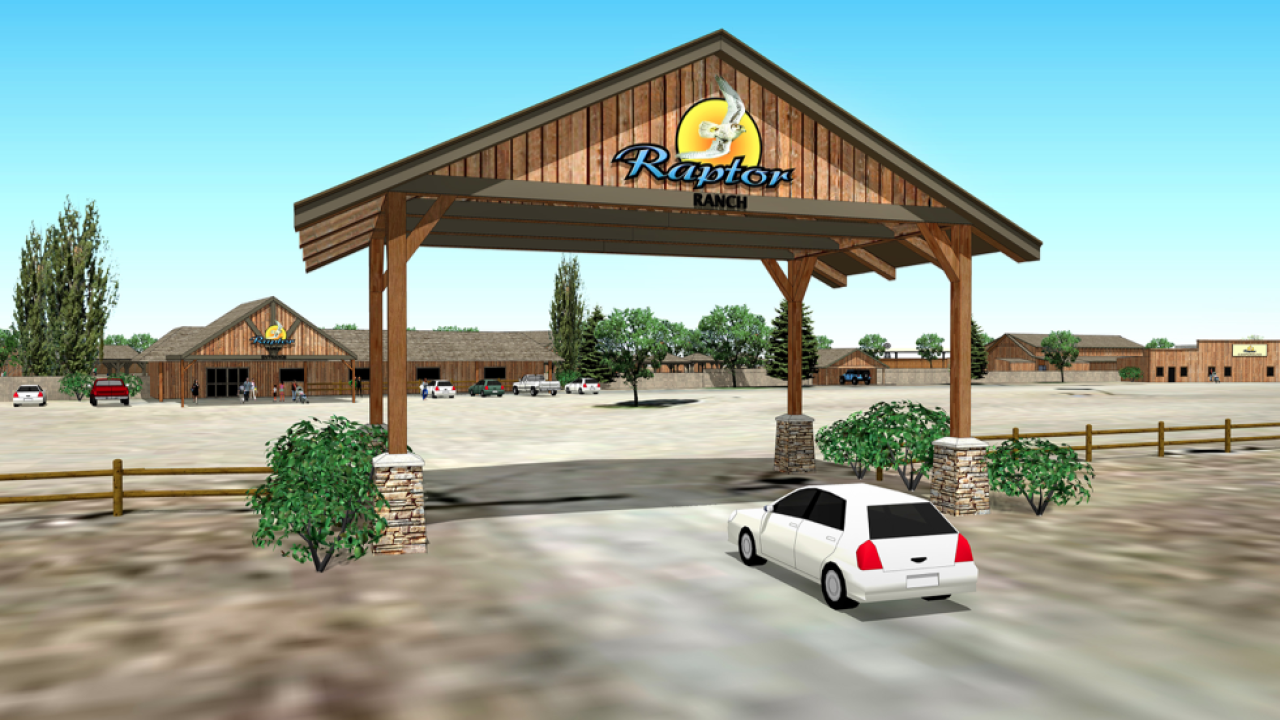 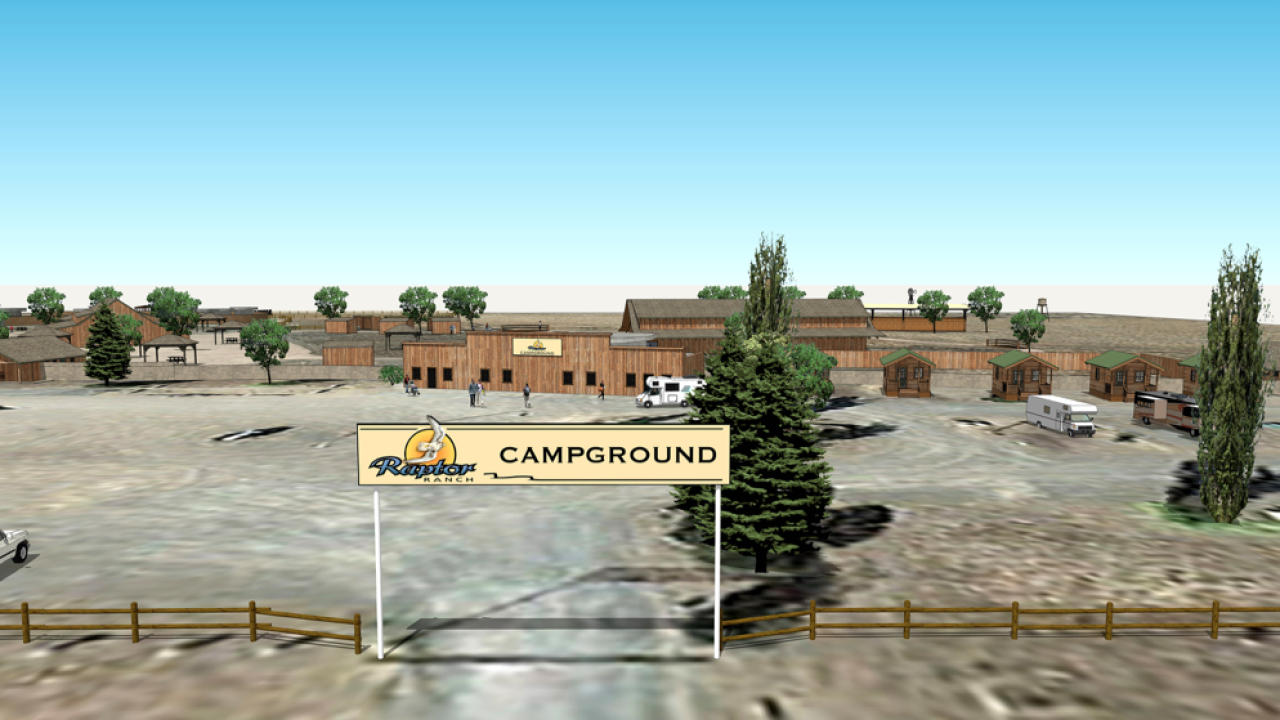 VALLE, ARIZONA — Fred, Wilma, Barney and Betty have moved out of Bedrock City, at least in Northern Arizona, and another attraction focused on birds of prey will eventually take its place. However, the remnants of what was Bedrock City will remain in place for the next few months, according to the soon-to-be new owners.

Troy Morris and his business partner, Ron Brown, are in the process of purchasing the land at the junction of State Route 64 and Highway 180, nearly 20 miles south of the Grand Canyon. They are set to close on the property on Thursday, he said.

In its place, they plan to open Raptor Ranch, an attraction where guests will be able to watch bird demonstrations, and interact with other birds of prey, such as owls, hawks and eagles.

PHOTOS: View artist renderings of what the new park is expected to look like

"Raptor Ranch is going to be a birds of prey venue based up on the fast-action, high-flying birds of prey of North America, and the world," Brown told ABC15 in a FaceTime interview on Wednesday, en route to Arizona from California.

"We're going to demonstrate the actual hunting-type situations, how birds of prey act in the wild," he said. "It's going to be different than any other bird show that's been shown before." Instead of showing birds fly from point to point -- where a bird flies from a perch to a trainer's hand or arm -- "we're actually going to show how these birds hunt in the wild," he said.

They will use artificial lures, he said.

They will also have falconry classes, a breeding barn where people will be able to watch birds rear their young, a rehabilitation center, a rock climbing wall, and an archery field attraction, Brown said.

He said the attraction will likely close for the next 30-60 days for immediate renovations. They hope to re-open in the spring to allow people to walk the grounds of Bedrock one last time, albeit it, missing a few key characters. The dinosaur slide and Wooly Mammoth statues have been saved.

Over the next 24 months, they'll redevelop the land and buildings and add the attractions that will be key to Raptor Ranch.

"It is going to take the time to make the changes," Brown said.

In 2015, the owners of Bedrock City Arizona put the property up for sale with an asking price of $2 million, according to ABC News. It is not known how much the property was ultimately sold for.

ABC15 attempted to reach the owners of Bedrock City on Tuesday and Wednesday. Multiple emails and phone calls went unanswered. Radio station, KJZZ, was first to report the attraction's closure on Monday.