How to watch President Trump's Phoenix rally on ABC15 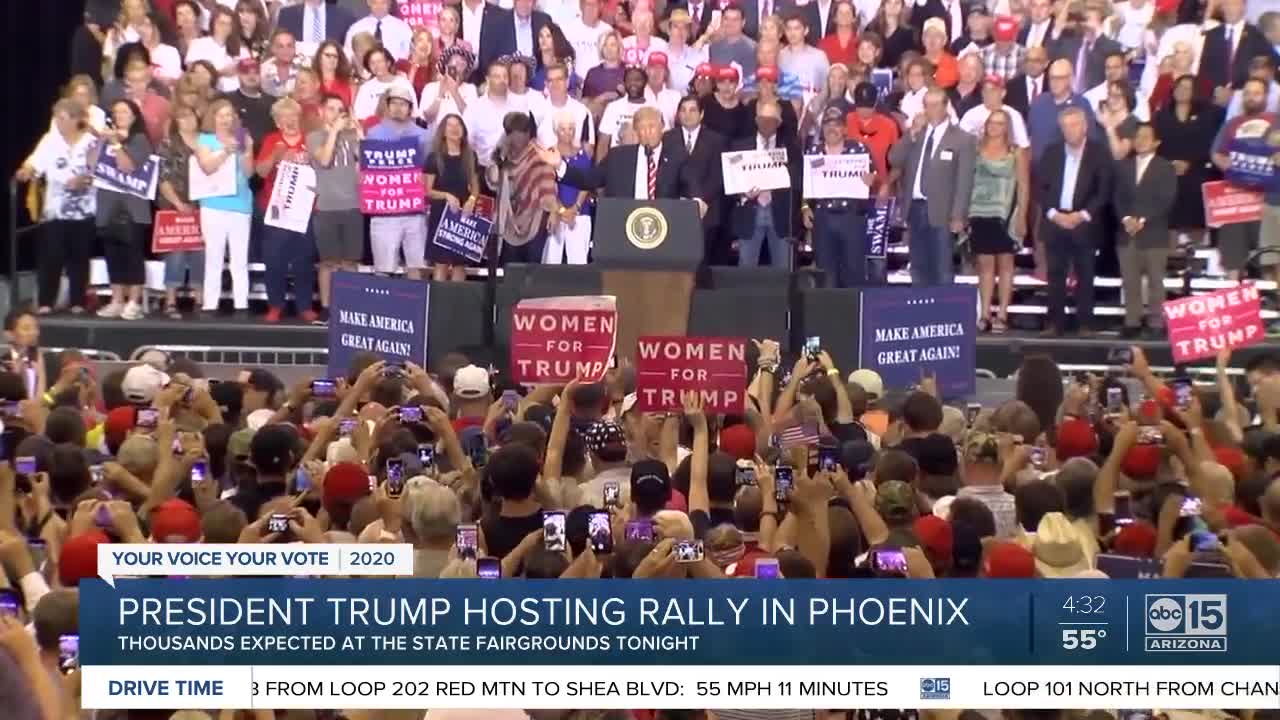 President Donald Trump will be in Phoenix on Wednesday evening, Feb. 19, to hold a "Keep America Great" rally at the Arizona Veterans Memorial Coliseum. PHOENIX — Phoenix will be back in the national political spotlight Wednesday when President Donald Trump holds a "Keep America Great" rally at the Arizona Veterans Memorial Coliseum.

ABC15 News has multiple crews covering the President's event -- from Air Force One's landing at Sky Harbor Airport to wheels up following his rally -- and everything in between.

If you're not able to make it to the rally, we have you covered with extended live coverage throughout the evening. Make sure to have the ABC15 app downloaded on your Roku, Amazon Fire Stick, Apple TV or Android TV, and join us for continuous coverage from 4 p.m. to 10:30 p.m., with expert analysis, crews at the rally, and the President's full speech.

RELATED: Going to President Trump's Phoenix rally? Everything you need to know