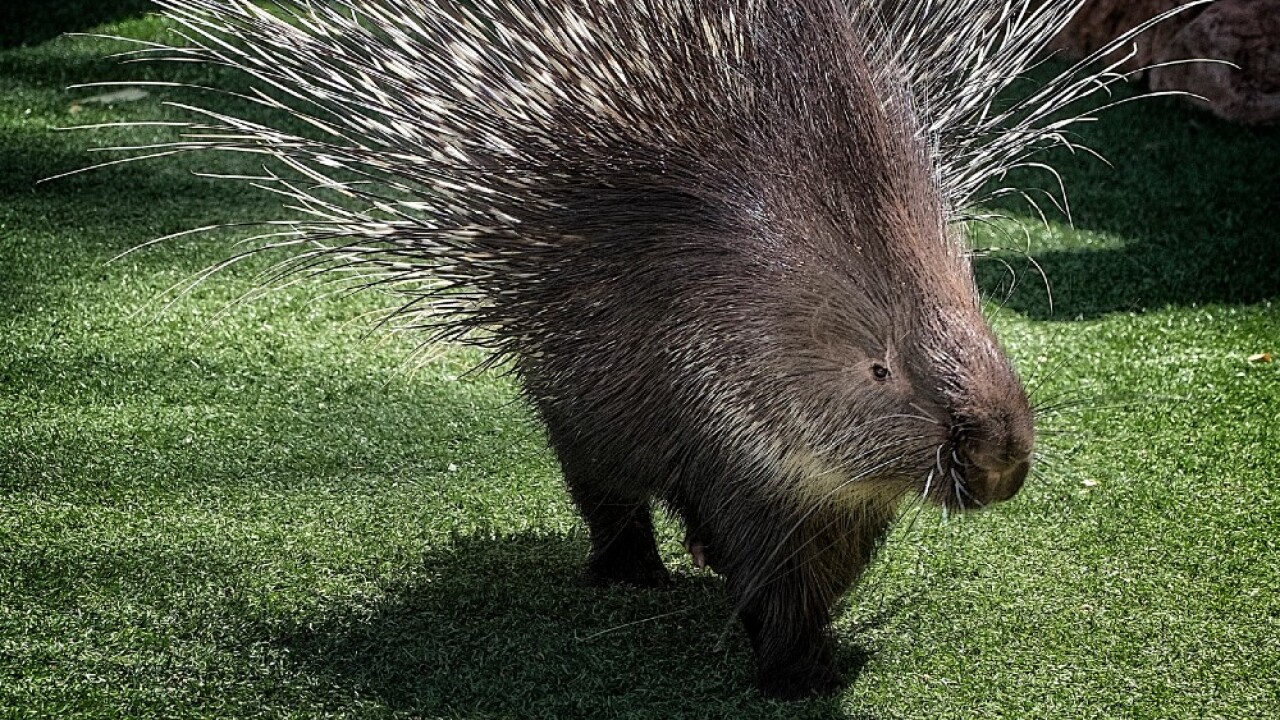 Courtesy of the Phoenix Zoo

PHOENIX — Kumari, an 18-year-old Indian crested porcupine and one of the Phoenix Zoo's animal ambassadors, recently underwent surgery to remove a cancerous mass that was found in her mammary glands. She is now recovering at the zoo's Animal Care Center.

The zoo announced the news on Friday to coincide with Breast Cancer Awareness Month, which is recognized in October, and to remind people that animals can have breast cancer too, according to a news release.

Though considered to be rare, there are a few reports of breast cancer in porcupines, the zoo said.

Because the cancer was located in a "high motion area" and porcupine skin is known to be rather fragile, the zoo said great care was needed to perform the surgery.

The operation was performed by Dr. Jeffrey A. Steurer and intern Dr. Fung, of Southwest Veterinary Surgical Surgery, alongside the zoo's veterinary teams, the zoo said.

“The mass was relatively encapsulated and encompassed two mammary glands," said Dr. Steurer in a statement. "Although the tissues were very fragile, we feel confident she will heal well.”

As an animal ambassador, Kumari, who came to the Phoenix Zoo from the Little Rock Zoo in Arkansas in 2002, participates in the zoo's camps and programs, interacts with guests, and occasionally makes appearances on the local news.

She will continue to be monitored daily in the Animal Care Center, the zoo said, and they expect her to be back on exhibit soon.

Here is to a speedy recovery, Kumari!