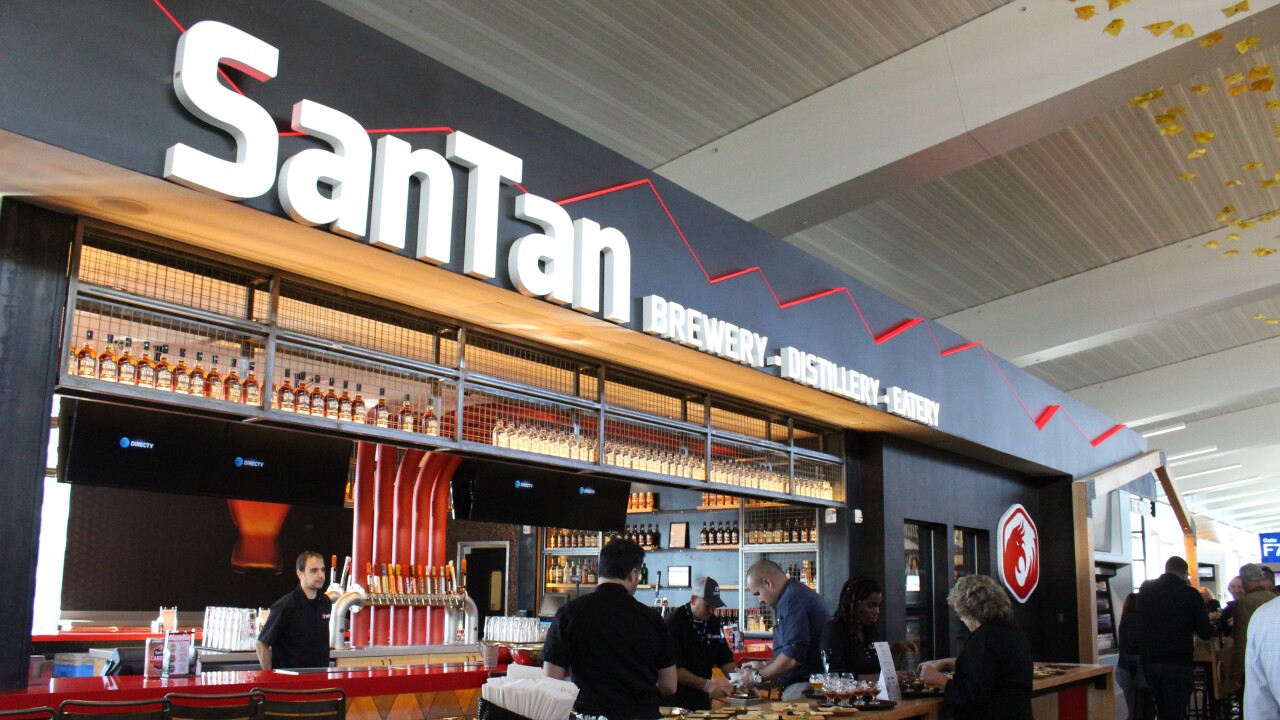 PHOENIX — Passengers traveling through Phoenix Sky Harbor's "John S. McCain III" Terminal 3 will soon have a number of new restaurants to eat at and shops to peruse while waiting for flights.

The newly-revamped terminal, which was recently re-named after the late Arizona senator, will open its South Concourse Monday evening, airport officials announced during a media preview earlier that morning.

"My husband was so excited to know that he's going to be a part of the aviation history of Arizona, but such an important part of it as well," Cindy McCain, the wife of John McCain, said at the press conference.

"The aviators up there are the best. I can say, John would've loved that," referring to the large art sculpture by Donald Lipski of aviator sunglasses hung on a wall outside the South Concourse entrance. McCain died in August after a year-long battle with brain cancer.

The terminal boasts a mix of local and national restaurants and bars, including:

Valley restaurateur Mark Tarbell will open The Tavern, and James Beard Award-winning chef Christopher Gross will reopen Christopher's inside Terminal 3. Both concepts remain under construction. Opening time frames for both concepts were not immediately available, according to Heather Lissner, public information officer for the City of Phoenix Aviation Department.

There are also a number of retail stores and grab-and-go markets:

The terminal has 15 gates for Delta, Frontier, Hawaiian, JetBlue, and Sun Country airlines; seating areas with outlets; floor-to-ceiling windows that either look out toward Camelback Mountain or to the airport runways, depending on what side of the terminal you're on; and a small room for traveling pets to use the bathroom and stretch their legs.

Mustache Pretzels, the local food truck that services mustache-shaped pretzels, is located near the "F" gates between Shake Shack and Panera Bread. Coming up on five years in business, founder Greg Golden said being a part of the airport was a great opportunity.

"This is the first and last touch point for people when they come through the Valley. So to be able to bring a unique and local flavor is really, it's an opportunity that we're thrilled to be a part of," he said.

In 2016, the airport completed the first phase of the $590 million Terminal 3 Modernization Project. The South Concourse was the second phase. The third phase is the renovation of the North Concourse. That is estimated to be completed in 2020 and will add more shops and restaurants.