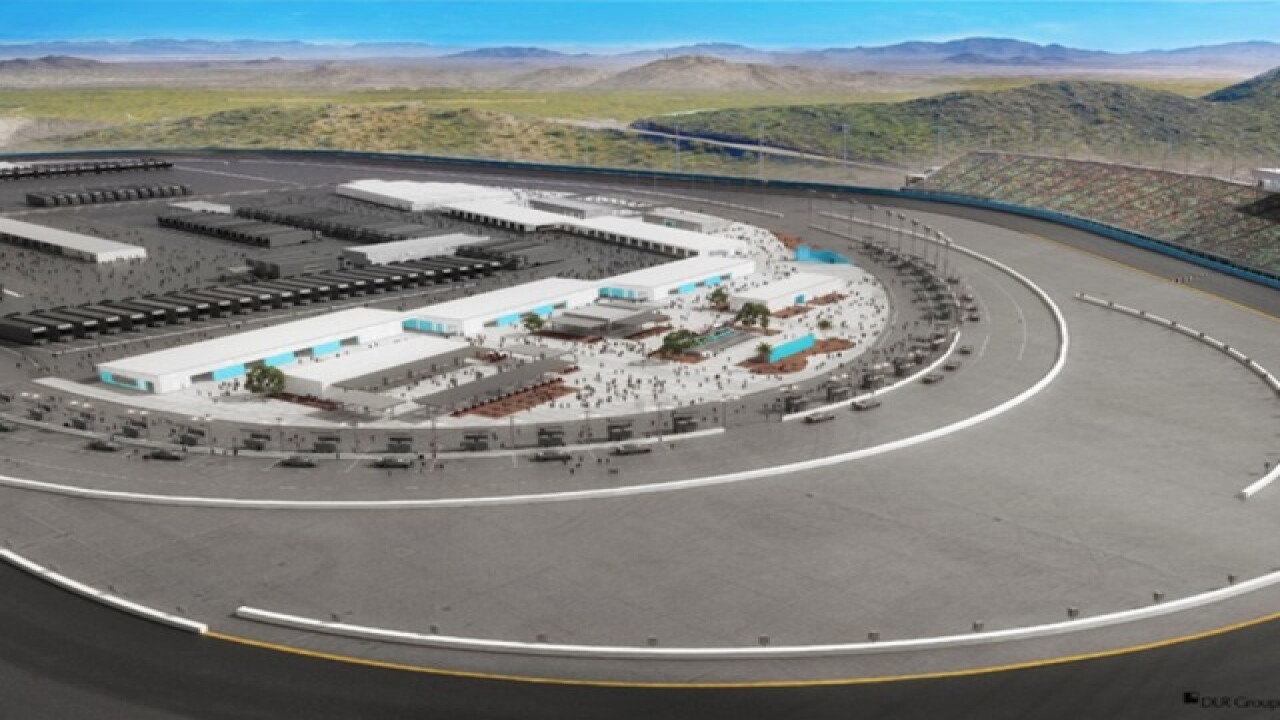 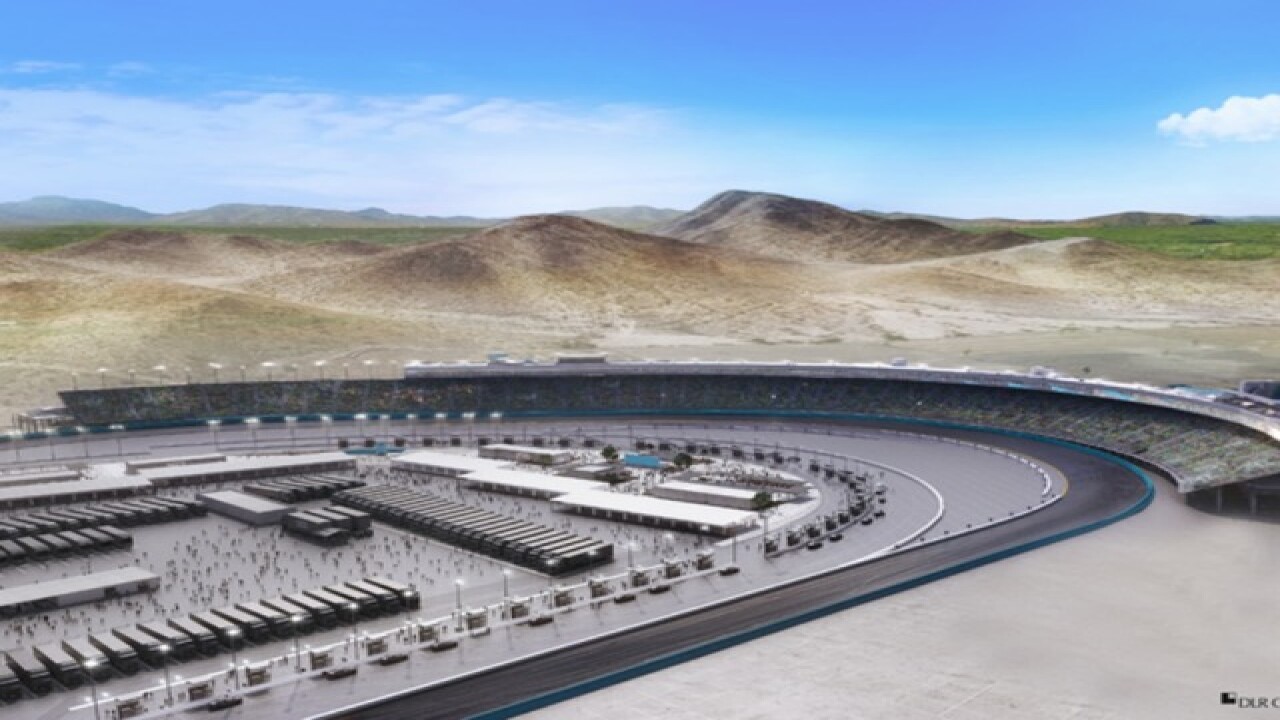 On Monday, officials with Phoenix International Raceway announced a $178 million modernization project that will bring upgrades to the track and fan experience, including upgraded grandstand and seats, renovated suites, Midway and shifting of the start-finish line.

The upgrades are expected to be completed ahead of the fall 2018 race weekend, officials said at a Monday afternoon press conference. The project is sponsored by DC Solar.

Scroll down to learn about each of the upgrades:

GARAGE FAN ZONE: The infield fan zone will be overhauled, according to a news release, "placing fans face-to-face with the superstars of the sport." There will be a redesigned pit road, pedestrian tunnel connecting to the grandstand, a "fan zone" bar, two more restrooms, and more dining areas.

SHIFTING OF START-FINISH LINE: The start and finish line for Phoenix International Raceway will be shifted in Turn Two to before the "dog leg"

"By shifting the start/finish line to Phoenix Raceway's famed dog leg, fans will be perfectly positioned to watch one of the most exciting turns in motorsports," said Bryan R. Sperber, president of Phoenix Raceway, in a news release.

NEW GRANDSTAND & SEATS: Under the project, the benches that make up the Bobby Allison Grandstand near Turns One and Two will be replaced with individual stadium seats. They'll be 20-inches across and have an armrest. The grandstand will be extended will more individual seating.

The project will add 19 suites and renovate 32 current suites, according to the release.