Phoenix Comic Fest 2018: What to know about security, props and getting there 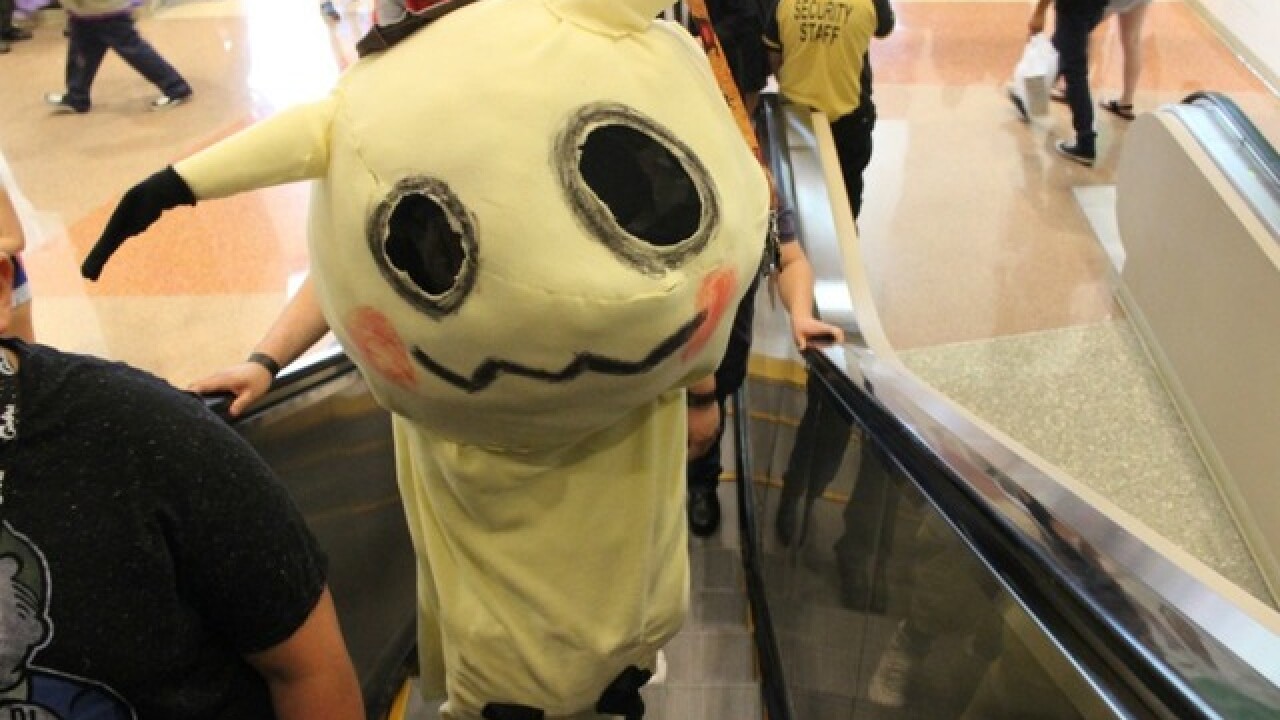 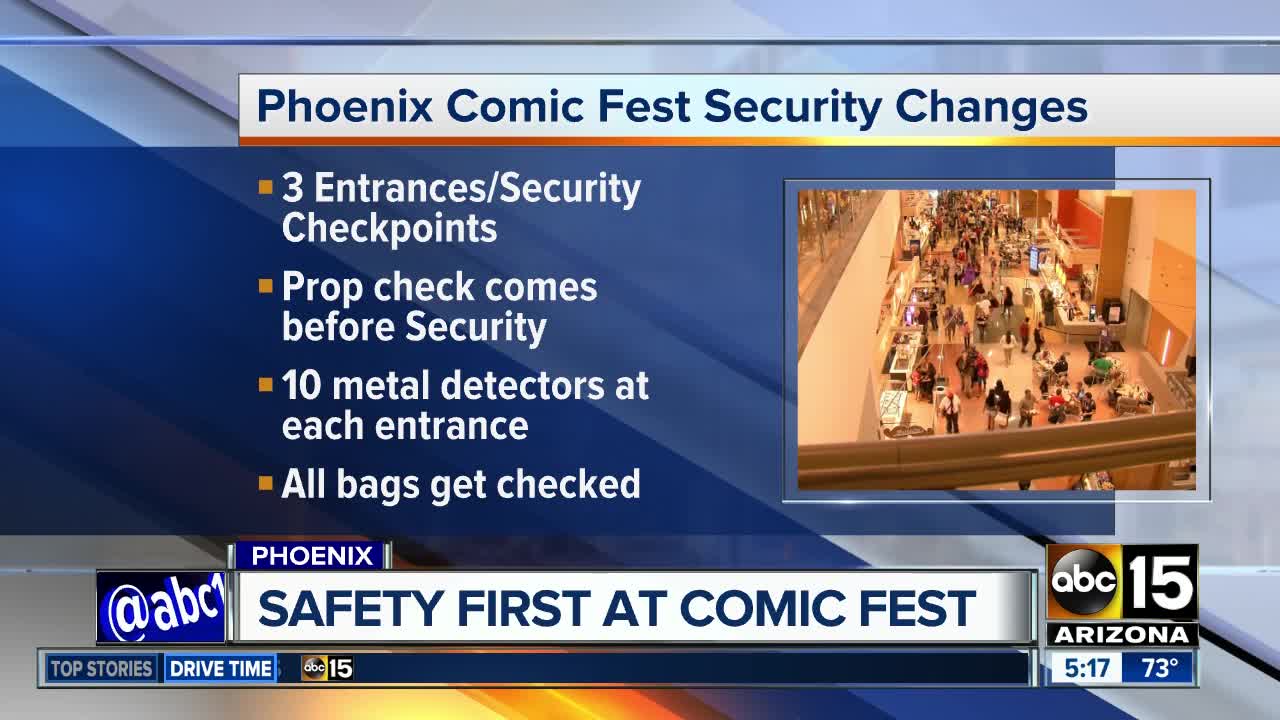 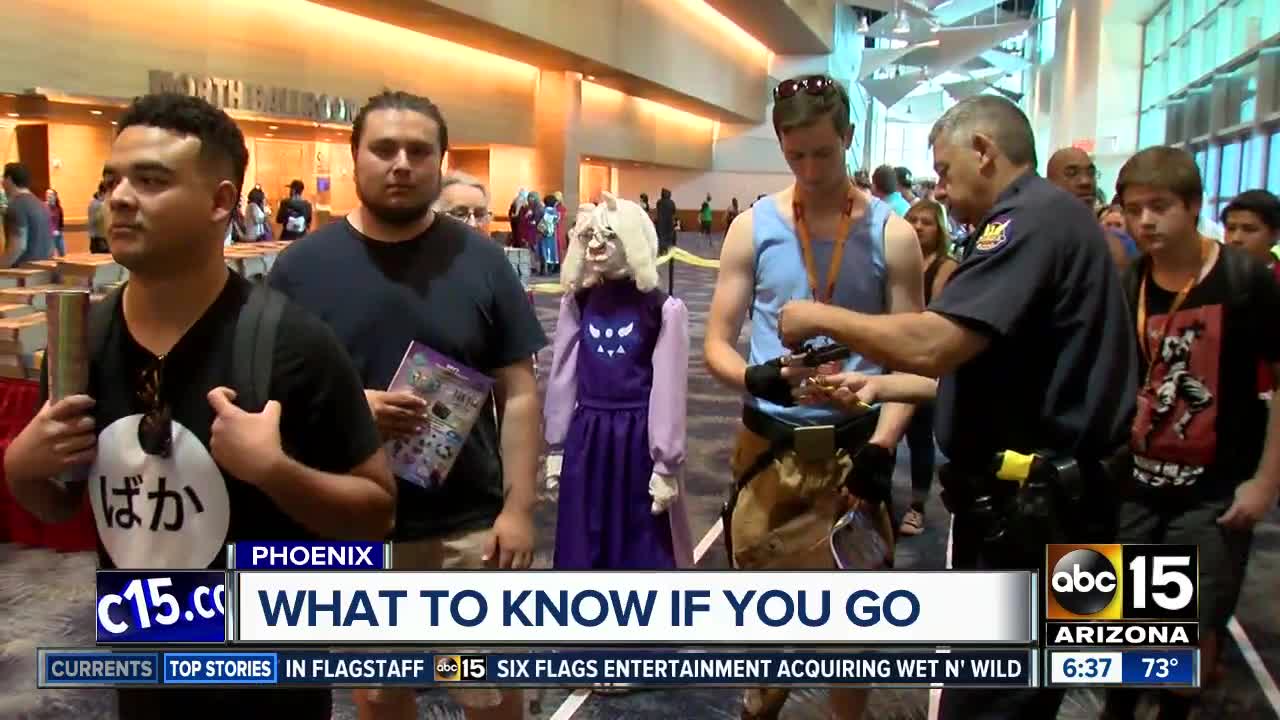 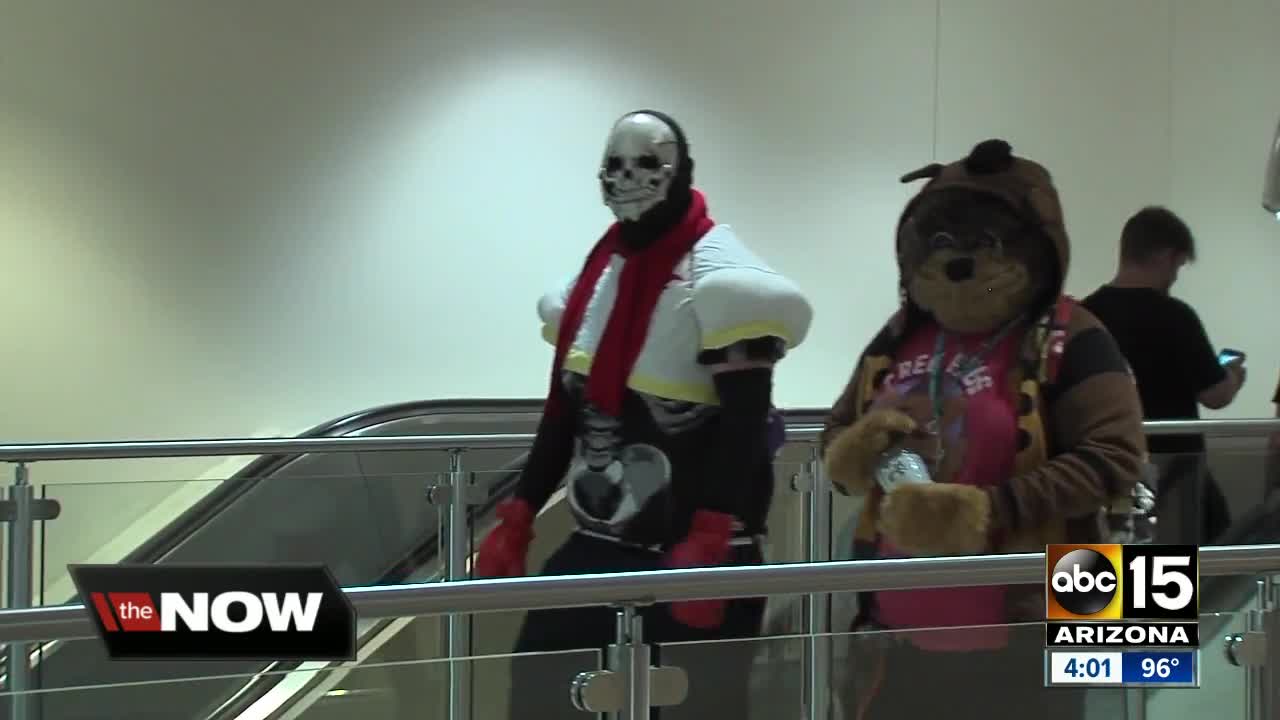 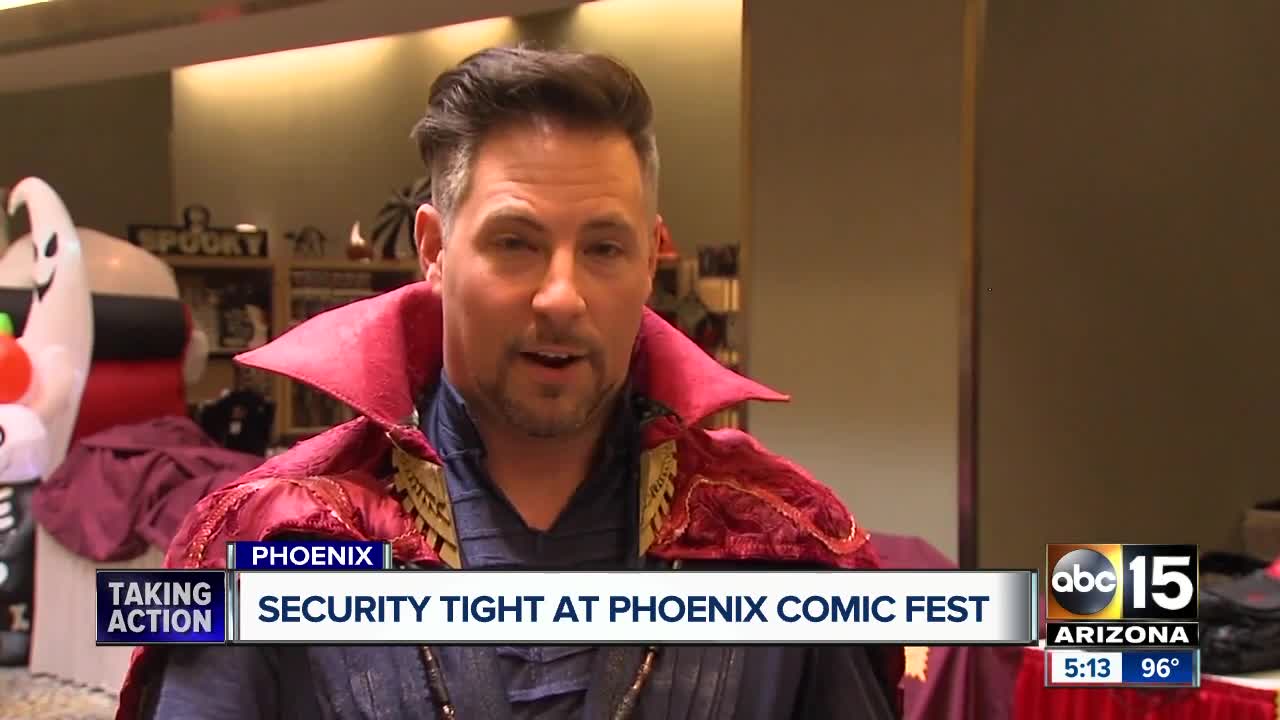 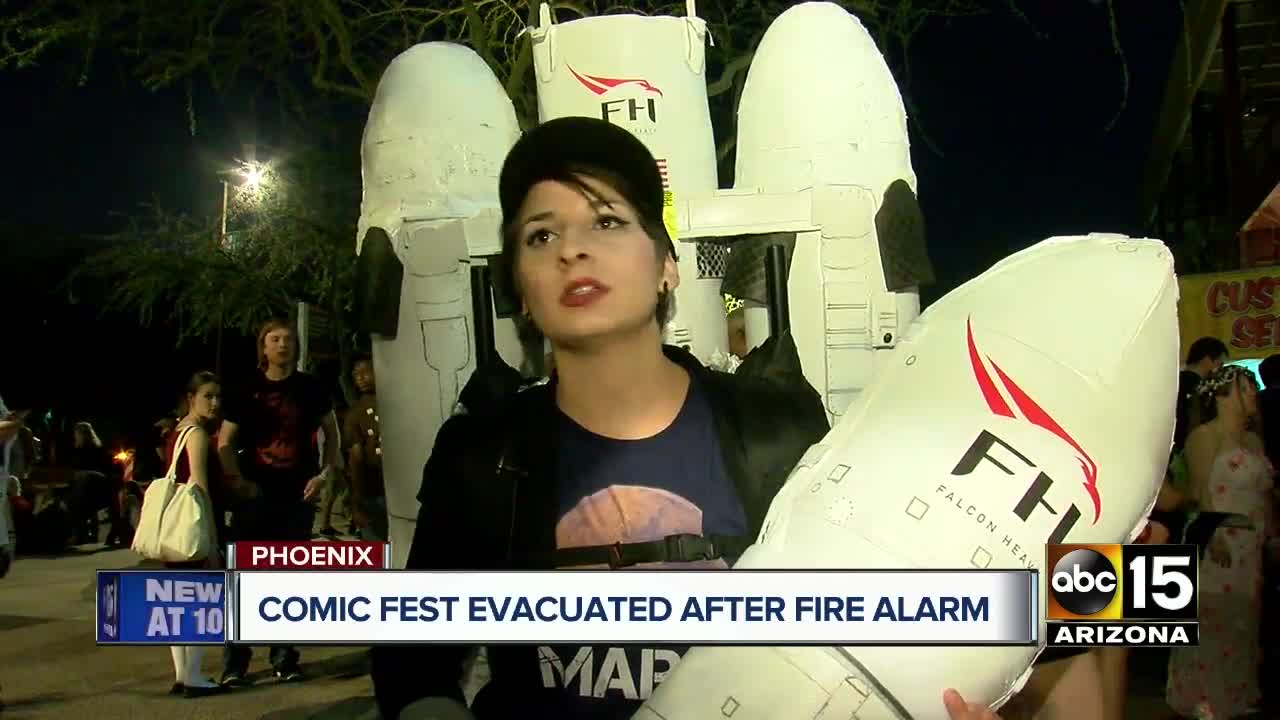 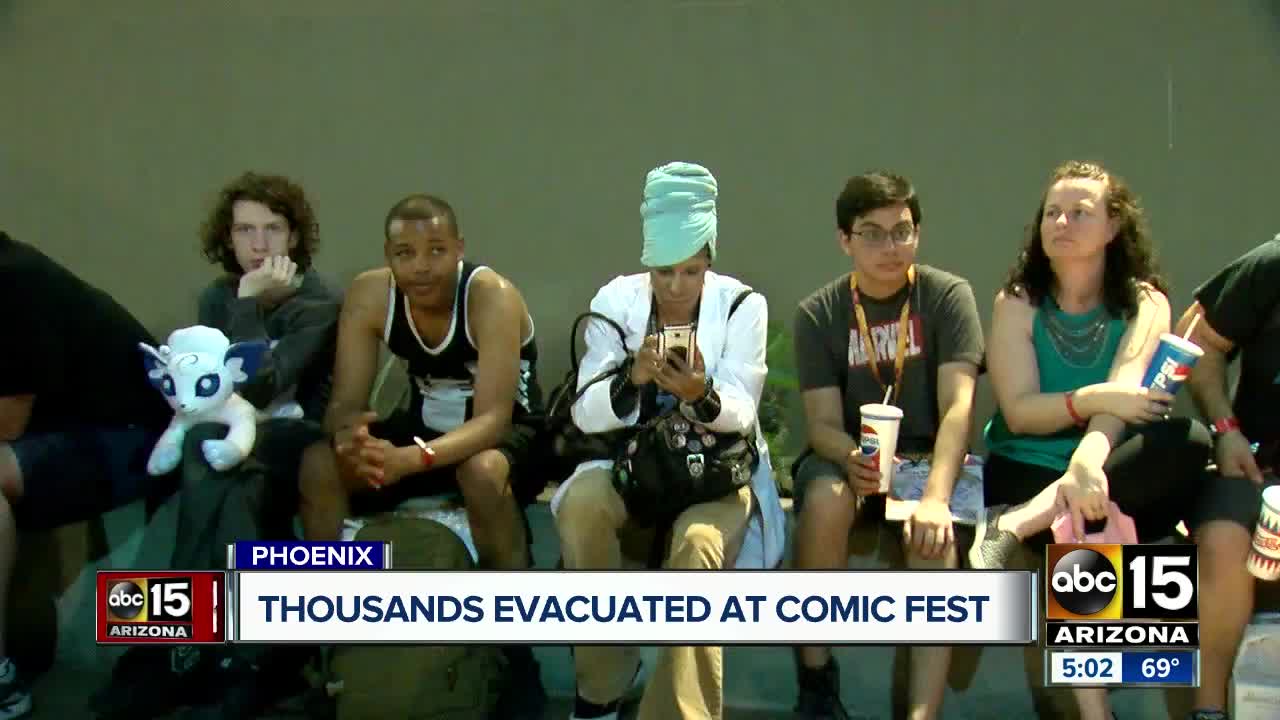 Here is what you can expect and what you need to know about getting to the convention center.

While Phoenix police and fire investigated, festival-goers patiently lined up and waited outside the security checkpoints. Four hours later, Comic Fest organizers canceled the remainder of the evening's events.

Here is the view from the entrance at Washington and Third streets. A lot of people waiting in line to get back in. #phxcomicfest pic.twitter.com/z1TRVkZfxm

Officials said, citing preliminary information, that the fire alarm was a "false alarm." It is not yet known what triggered it.

The good news is that the festival is still happening on Sunday -- the final day. Because of the situation that happens, organizers said those who had Saturday-only passes will be able to exchange them for a Sunday pass. They just need to bring their wristband to a redemption booth on Sunday.

if you are onsite and have a Saturday badge, please see a square egg entertainment staff or crew member for a Free Sunday wristband. #pcf #dyig

An updated news release did not say if the canceled events would be rescheduled for Sunday. Phoenix Comic Fest officials have scheduled a press conference for Sunday at 7 a.m.

RELATED: Deals to take advantage of during Phoenix Comic Fest

SECURITY: WHAT TO EXPECT

There will be three entrances into Phoenix Comic Fest: Third Street and Monroe Street, Second Street and Adam Street, and between the Convention Center's West and North buildings.

Each will be met with "prop check" and security screenings. We're also told that each security line will have water stations and be shaded by tents.

Prop check: Every person must have his or her costume prop, or props, inspected and tagged before entering the festival. Prop check stations will be before the security line. Scroll down to see which props are allowed and not allowed into the event.

Security: Like with prop check, every person attending the event must go through a security screening. There will be metal detectors at each entrance, along with security wands. Bags will be searched so organizers recommend having a clear bag or no bags to make the process faster.

PROPS: WHAT IS ALLOWED AND NOT ALLOWED?

We're told any props, helmets or armor that is made of metal will take longer to go through security.

You can find more info on the prop policy, here.

Streets in the immediate area will be closed. However, there are parking garages, lots and meters throughout downtown that will charge various events-based pricing.

The Valley Metro light rail may be the easiest way to get to the convention center.

The nearest platform will be at Washington Street and Central Avenue.

The Third Street and Washington Street platform (westbound trains) will be closed every day from 10 a.m. - 3 p.m. during Comic Fest, organizers said.

Memberships, or tickets, for Comic Fest are still available. They can be bought online, through the app or at the convention center. Organizers said people should buy passes online because tickets at the gate cost more and will take time.

Photo ops and autographs are extra and vary depending on the person.

You can view a complete schedule, here.