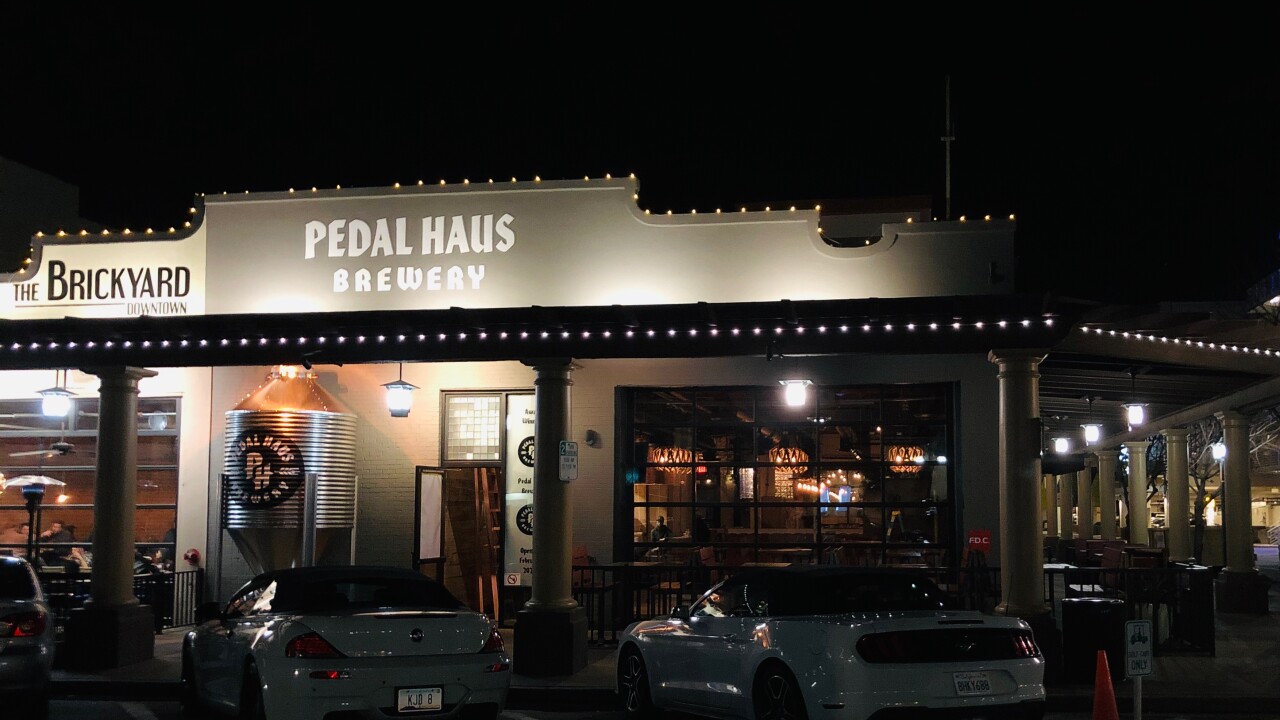 The brewery will open on Friday, Feb. 21, 2020, though it is considered to be a soft opening, Wright said via a text message. A grand opening is planned for March 7.

It takes over the corner space near Boston and Oregon streets that formerly housed Wright's Mexican concept, Las Palmas Cantina, which closed at the end of the year. Before that, the space was home to Vintage 95.

All of Pedal Haus' beers will continue to be brewed at its Tempe brewery, which is located near Mill Avenue, and will be delivered to the Chandler location daily, according to a news release.

The Chandler restaurant will also feature many of the brewery's staple dishes: smoked wings, smoked salmon, a German-style charcuterie board, and chicken pot pie.

"People can expect the same award-winning beer and delicious food that we are known for at our Tempe location," Wright said in a statement.

Like the concepts before, there is a 2,000-square-foot patio in the back of the restaurant and a smaller, L-shaped patio that overlooks Boston and Orange streets.

Wright told ABC15 in December that he also signed a lease to open a third location in the Valley -- a second satellite location -- in downtown Phoenix. That location will be part of the MonOrchid building along Roosevelt Row. It will not replace any of the existing concepts there he said.

Wright said construction on the downtown Phoenix location would likely not begin until the fall.

It marks the latest in a number of new concepts that have opened in downtown Chandler. Among them: Flix Brewhouse, Truland Burgers & Greens, Gadzooks Enchiladas and Soup, The Sleepy Whale, Over Easy, The Screamery, and Cheba Hut.

Tipsy Egg, a breakfast and brunch restaurant, and The Uncommon, an arcade bar, are still reportedly in the works. Both are under construction near Boston Street and Arizona Avenue in the former Modern Margarita and La Bocca spaces.

DC Steak House is expected to move to New Square, a large multi-use development located south of Boston Street, in March, according to the owners. Its restaurant in downtown Chandler remains open.