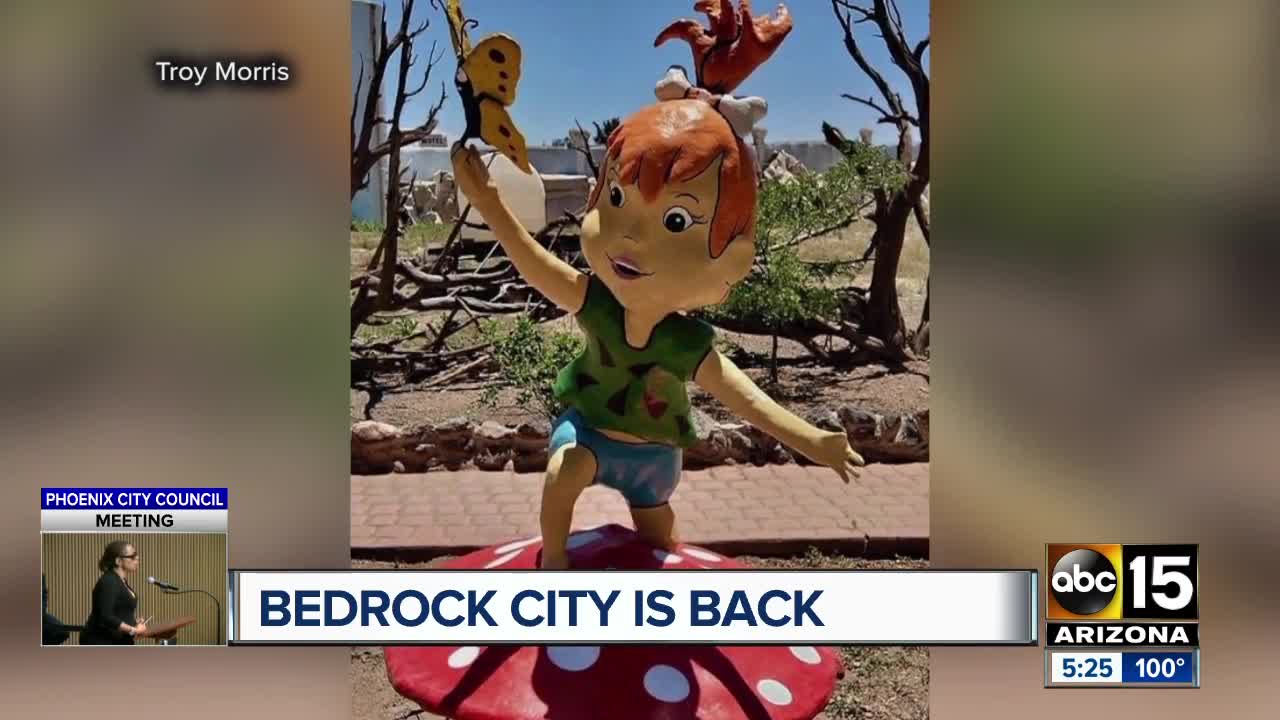 Arizonans and tourists will have one last opportunity to walk around Bedrock City this summer. 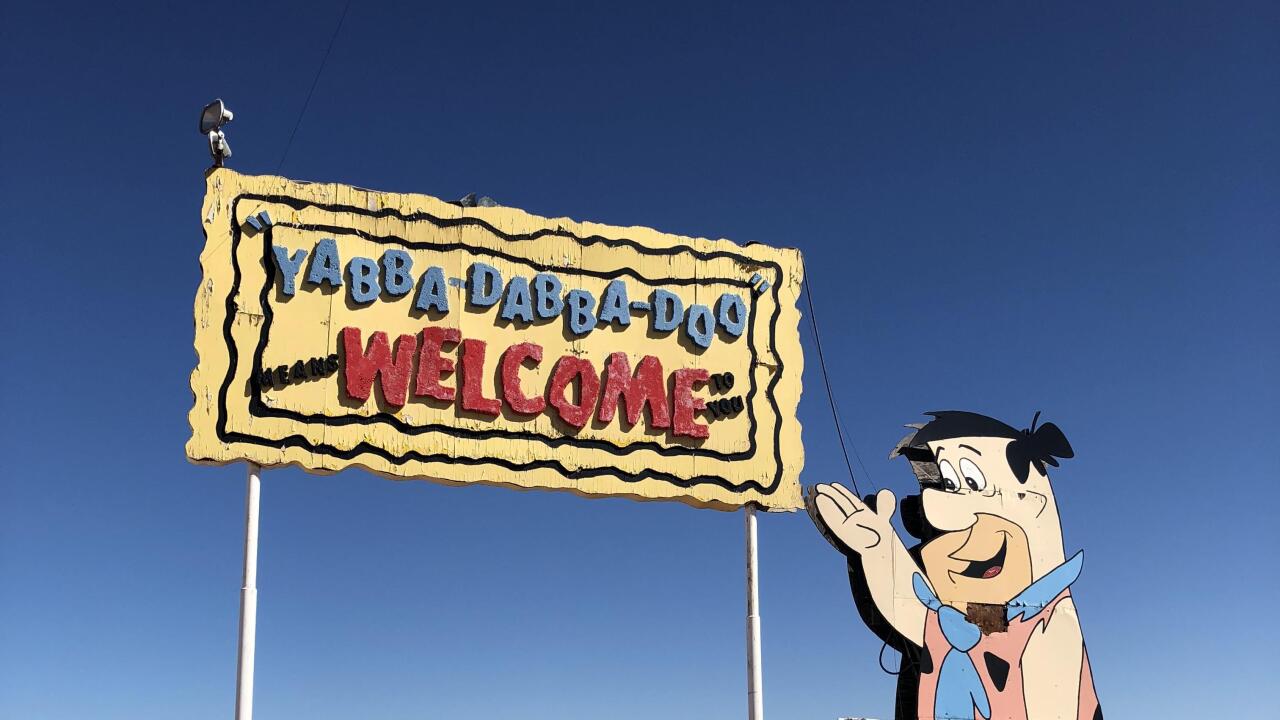 WILLIAMS, ARIZONA — When news broke earlier this year that Bedrock City, the Flintstones-themed roadside attraction in northern Arizona, had been sold and would close, our post on the ABC15 Facebook page received hundreds of comments and thousands of shares from people sharing photos and memories from past visits, and comments from those who either hadn't yet been and wanted to visit, or were unaware that such an attraction even existed.

Well, Bedrock is rising from extinction, though it is temporary.

Arizonans and tourists will have one last opportunity to walk around Bedrock City this summer.

Troy Morris, who purchased Bedrock City with his business partner, Ron Brown, earlier this year and is turning it into Raptor Ranch, a bird-of-prey attraction (more on that later in the story), told ABC15 that Bedrock City and the campground would reopen on Friday, June 21, and would remain open throughout the summer.

It is located an hour or so northwest of Flagstaff at the intersection of Arizona Highway 64 and U.S. Highway 180 or 20 miles south of Tusayan, the town just outside of the Grand Canyon National Park.

Tourists will be able to walk the grounds of Bedrock City, designed after the popular 1960s animated TV show. All of the buildings are still there, including Fred Flintstone's house, plus the green dinosaur slide, Sabertooth cat, woolly mammoth, Pebbles, and Bamm-Bamm, Morris said.

The large Fred Flintstone sign with his famous catchphrase also remains up, he said.

Because they do not have the licensing for Fred, Wilma, Barney and Betty, those character statues have been removed.

THE FUTURE OF RAPTOR RANCH

Since buying the property, Morris said they have painted the buildings that faced the roadway, installed new roofs on some of the buildings, and fixed plumbing issues. Near the campground, they installed a new laundry facility, and added wireless internet, he said.

New electrical panels will be installed at the campground within the next month, he said.

They have been routinely posting photos of the renovations on their Instagram page, @raptorranchatthegrandcanyon (Raptor Ranch at the Grand Canyon).

As for Raptor Ranch, Morris said the birds-of-prey amusement would be built in three phases, which would likely take three years to complete. He said the first phase of construction is expected to start in the fall with the hope of opening in spring 2020.

Morris is also encouraging anyone planning to visit Bedrock City to bring copies of their old photos of family trips and visits. He said the plan is to include them in a permanent collage.