Odysea in the Desert changes name to Arizona Boardwalk; adding three attractions and a hotel 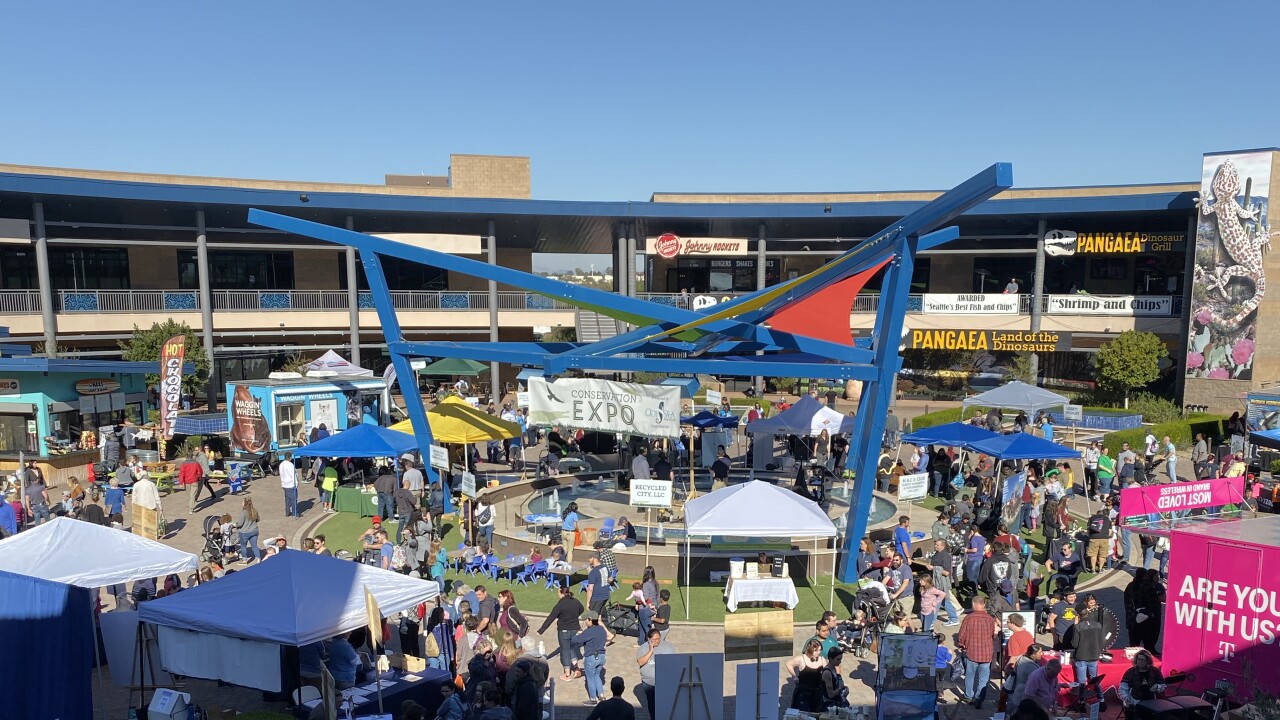 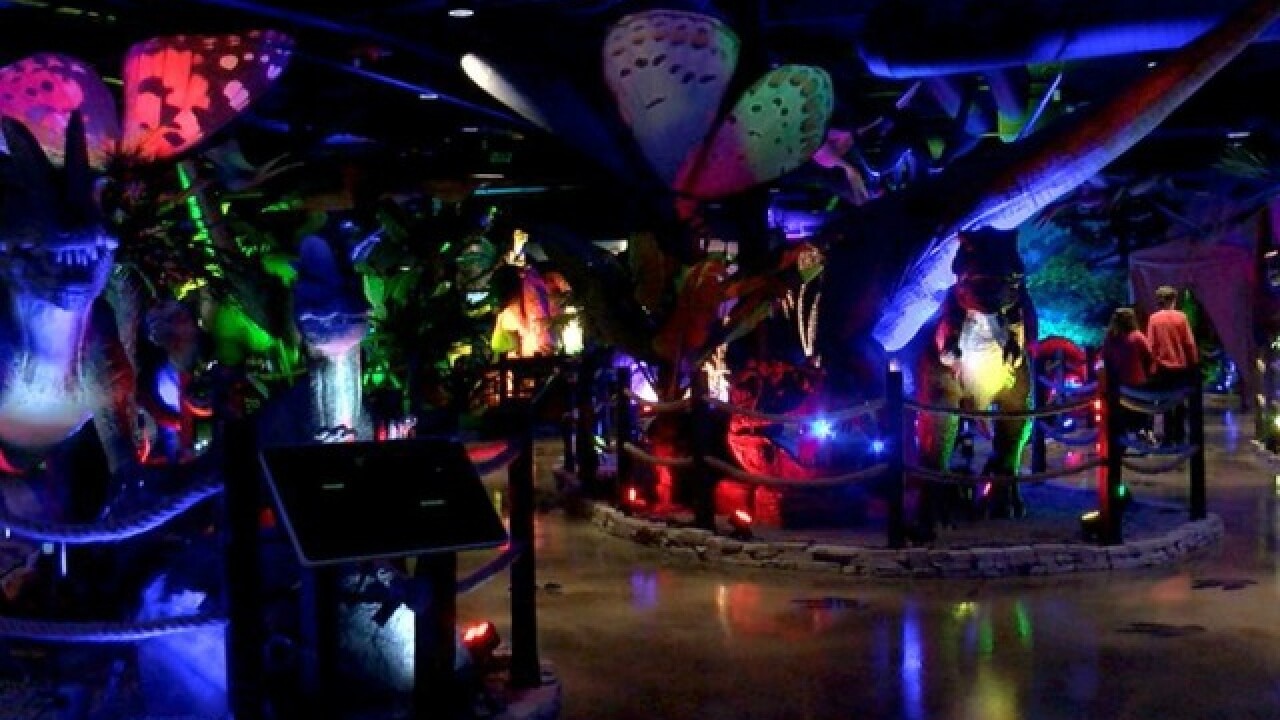 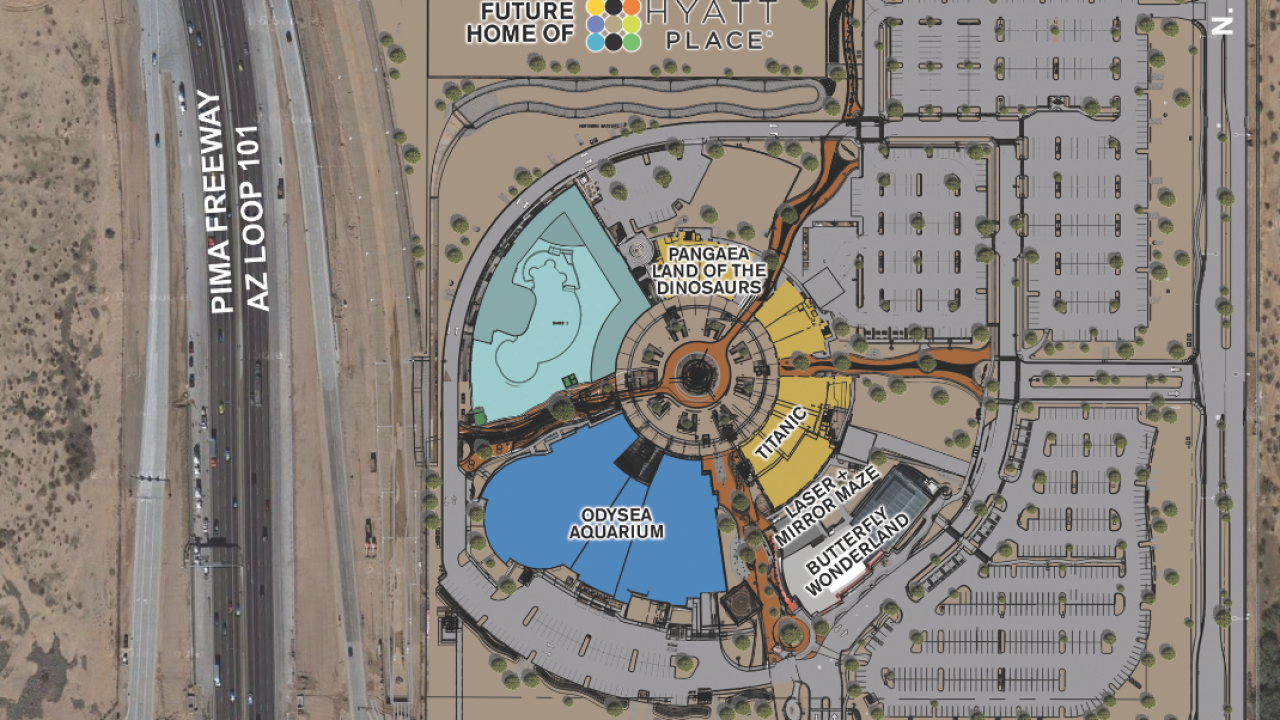 TALKING STICK ENTERTAINMENT DISTRICT — The "Odysea in the Desert" entertainment complex near Scottsdale has a new name: "Arizona Boardwalk."

Executives decided to change the complex's name because people often confused the complex, which is home to a number of different attractions, restaurants, and stores, with Odysea Aquarium, one of its major tenants.

"So many people thought that everything existed inside the aquarium and all we were at the end of the day is just an aquarium, and that's not the case," said Ran Knishinsky, chief marketing officer for the complex, in an interview with ABC15.

The name change was announced Thursday morning during a news conference.

The complex, which is located within the Salt River's Talking Stick Entertainment District near the Loop 101 and Via de Ventura, near Scottsdale, is home to a number of attractions: Odysea Aquarium, Butterfly Wonderland, Pangaea: Land of the Dinosaurs, Polar Play Ice Bar, Surprise Your Eyes, and Titanic: The Artifact Exhibition.

More attractions are on the way.

During the press conference, executives announced that three attractions were joining the complex: The Science of Ripley's Believe It Or Not, VR Xtreme, and an 10,000-square-foot inflatable park.

Ripley's will replace the Titanic attraction, which is expected to close in October. It was supposed to close in May, but was extended due to demand.

Knishinsky said Ripley's was expected to open in the fall, potentially as early as November, depending on how long it takes to uninstall Titanic and install Ripley's.

VR Extreme is expected to open in March and will have 24 virtual reality experiences, including driving, marksmanship, a roller-coaster ride, Project Cars 2, and Raw Data. That will open where the bumper boats are now.

Karin Gallo, spokesperson for Arizona Boardwalk, said in a text message that the bumper boats would be moved out and "eventually the boats will be incorporated into a new area of Arizona Boardwalk when we build out a new kids area."

The third attraction, touted as the "world's largest inflatable," would be more than 10,000 square feet and "full of obstacle courses, pop-ups and mazes," a news release said.

It is not known specifically when it is expected to open, but Adi Knishinsky, chief strategy officer at the complex, said during the news conference that the attraction would open "soon."

A topic that was not outwardly discussed at the press conference was the future of Dolphinaris, the dolphin attraction that closed in February 2019 after Kai, a male bottlenosed dolphin, died, the fourth dolphin to die at the facility since it opened in 2016. (The remaining four dolphins were later transferred to Coral World Ocean Park in the U.S. Virgin Islands).

In March, the complex announced that they were told by Ventura Entertainment, the company that opened Dolphinaris and currently owns the building it was housed in, would open a new attraction and that it would not feature live animals. No other updates have been announced since then. The building remains vacant.

"We're waiting for them (Ventura Entertainment) to announce what is that new attraction at this point," said Ran Knishinsky on Thursday.

When asked what kind of conversations, if any, he has had with the group since Dolpinaris' closure, Knishinsky said: "At this point in time, they've kept in touch with us, but they haven't announced any new attractions. As soon as I know what they're looking to do, we'll announce it, but it will not be animal-based."

Executives also announced that a 155-room Hyatt Place hotel would be built at the property. That project is expected to break ground in May, officials said.

They also announced that they have acquired an additional 50 acres north of the complex for future development, though officials were not ready to announce any specific projects for that land.

"The timeline for that to be fully developed, we've got a few years thankfully to continue working. Our focus right now is on developing the Hyatt Place at Talking Stick, making sure we bring these attractions in 2020 and 2021, and continuing to cement our position as the number one in the Phoenix metropolitan area," said Ran Knishinsky.

For those who've been to the complex over the last year, they have likely seen a visitor center promoting and offering memberships to "Paradise Earth, A Rainforest Adventure," an attraction that is described in a brochure as a "magical rainforest where thousands of free-flying birds, monkeys, sloths, giant land turtles, poisonous dart frogs, and exotic plants live and reproduce."

Last year, there were stickers placed on some of the brochures that said "arriving 2020." That timeline has since been updated.

There is no available timeline for when Paradise Earth could begin construction or could possibly open, he said.