No more swimming at Fossil Creek waterfall? Forest Service has proposed the idea to protect it

Swimming in Arizona's Fossil Creek waterfall could be a distant memory if a proposal by the Coconino and Tonto national forests is approved.

The proposal is part of a government-mandated Comprehensive River Management Plan, or CRMP, that the forest service has put together to better protect the 17-mile river corridor in northeastern Arizona.

There are five versions of the plan -- known as Alternative A, B, C, D, and E -- of which three of them would prohibit swimming at the waterfall.

Alternative E, which is the option the forest service considers its "proposed action", would allow swimming at all recreation sites along the river. However, "Waterplay to then be prohibited at the waterfall after development of access points elsewhere in the creation segment of the Wild and Scenic River corridor," the plan reads.

What that means, according to Brady Smith, public affairs officer for Coconino National Forest, is that trails would lead to lookouts and views of the waterfall, but no swimming.

Other proposals being considered include adding year-round designated campsites, park benches, a 4-mile motorized trail, and updates to current trails.

Traffic has increased fivefold from 2006, when just 20,000 people visited the site, according to the forest service.

The problem is that thousands of people who drove up to Fossil Creek then had to be turned away because the occupancy limit was reached.

To help manage that, the forest service created a permit reservation system this year, which guaranteed people a parking spot and a visit to Fossil Creek on a specific day. This year, the first year of the permit system, 13,000 people were turned away. 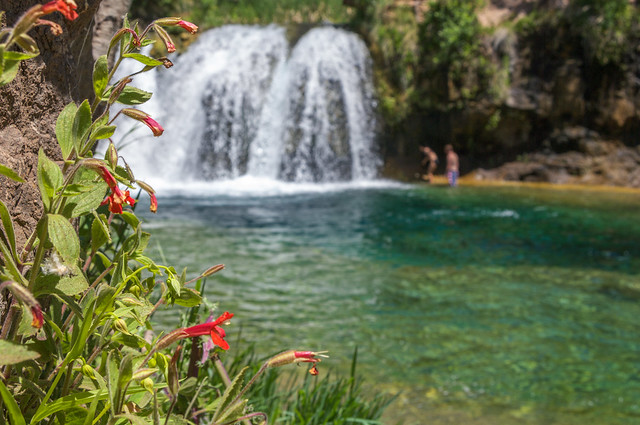 That same report indicated trash collection has decreased by more than 50 percent (11,000 pounds in 2015, 4,400 pounds in 2016) and that the number of violations, such as parking issues and illegal campsites, were at their lowest point in five years.

The National Park Service has scheduled three public meetings to learn about the proposals and ask questions. More information on meeting details.

The public can comment on the five proposals through Jan. 13, 2017.

You can read more about the plan, background and history on the Coconino National Forest website.