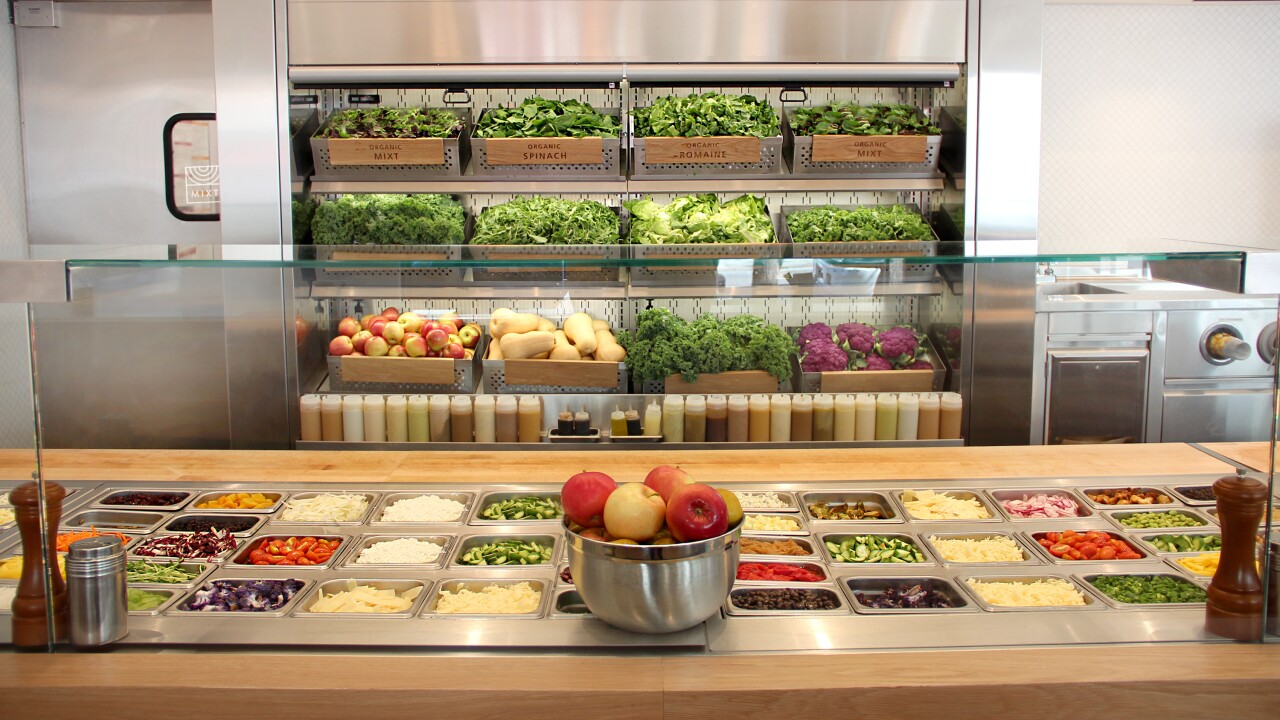 SCOTTSDALE, AZ — The Scottsdale Quarter is home to a number of restaurants and shops, including Grimaldi's, Dog Haus, OBON Sushi, West Elm, and Apple. In the coming months, it will add at least six stores and a restaurant to its lineup.

Many of them will make their Arizona debuts at the shopping center near Scottsdale Road and Butherus Drive, across from Kierland Commons.

Here is what we know about each, and when they are expected to open.

Mixt: Those looking to grab a healthy lunch or dinner will be able to grab a salad, grain bowl, or sandwich from Mixt. The California-based health-conscious eatery will open its first restaurant in Arizona at the Scottsdale Quarter, according to Alison Goodman, marketing director for Scottsdale Quarter. It will be part of the new development on the east side of the property, she said. It is slated to open in January 2020, a spokesperson for the restaurant told ABC15.

Gorjana: Two Arizona State University alums, Gorjana and Jason Griffin Reidel, founded the jewelry brand in 2004, and opened their first store in Laguna Beach, California in 2016. Since then, they've opened a dozen locations mainly along the coasts of California and New York. They will open their 13th store -- and first store in Arizona -- at the Scottsdale Quarter in October. It will be located within the newly-constructed "L Block" between 73rd Place and 73rd Street, joining Paige and Vineyard Vines.

PAIGE: The California men's and women's clothing brand will open its 16th store at the Scottsdale Quarter. It offers California-style collections, seasonal outfits, and wardrobe staples. The store is expected to open during the holiday season, a release said.

Vineyard Vines: Known for its pink whale logo, the American clothing brand will open its first store in Arizona at the Scottsdale Quarter. They have clothing for men, women, and children. The store is scheduled to open in November, said Goodman.

Destination Maternity: The maternity clothing brand will also make its Arizona debut at the Scottsdale Quarter. Its store is slated to open in September on South Street near Grimaldi's, Goodman said.

Royal Bee: The cosmetics brand's store is under construction, said Goodman, but will open on South Street near Obon Sushi. It is not known when that store is expected to open.

Luxe Nail Bar: The luxury nail salon will join Destination Maternity and Royal Bee on South Street, said Goodman. It will be located between Drybar and Sunglass Hut, according to an online map. It is not know when it is expected to open.