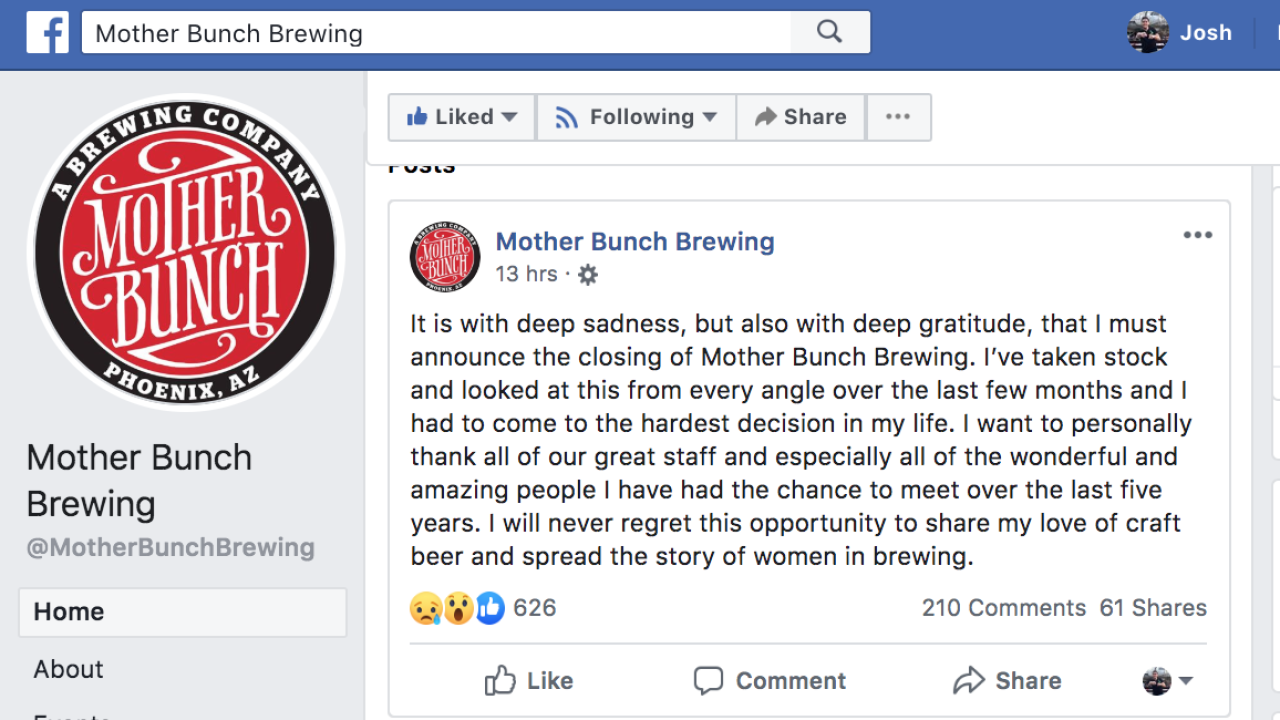 Julie Meeker and Jimmie McBride opened the brewery near 7th Street and Garfield Street in September 2014. The closure was announced in a Facebook post late Sunday.

"It is with deep sadness, but also with deep gratitude, that I must announce the closing of Mother Bunch Brewing. I’ve taken stock and looked at this from every angle over the last few months and I had to come to the hardest decision in my life," the statement said. "I want to personally thank all of our great staff and especially all of the wonderful and amazing people I have had the chance to meet over the last five years. I will never regret this opportunity to share my love of craft beer and spread the story of women in brewing."

News of the closure was met with nearly 200 comments from people lamenting the news and expressing well wishes to the owners.

It is the latest in a string of closures in downtown that have been announced one week into 2020.