It stands for "Members Only Bar" and refers to the members-only cocktail lounge that recently opened on the third floor of the old Hanny's Department Store building near First and Adams streets in downtown Phoenix.

It takes guests to an open-air terrace that lead past a series of windows to another door that leads into the lounge.

"This is a much more refined atmosphere," said Michael Skwiat, the concept's designer.

He points out the gold-trimmed mirrors on the wall, the gold-and-gray floral wallpaper, the $5,000 leather armchairs, the $4,000 curved leather chairs, and the eight $1,000 bar stools that line the marble bar.

"The timings ideal for something like this," he said. The idea was to create a space that was elegant, but not too luxurious or exclusive that it was off-putting or unapproachable.

He wants it to be a place for date nights, networking and social gathering. Not the obnoxious drunk crowd that other bars may attract.

Members will make a reservation to guarantee themselves a seat, and hostesses will take drink orders.

The bar menu consists of 15 signature cocktails that focus on the five main spirits: vodka, whiskey, rum, tequila, and gin. They make all of their syrups in house.

They also have a handful of beer and wine choices. 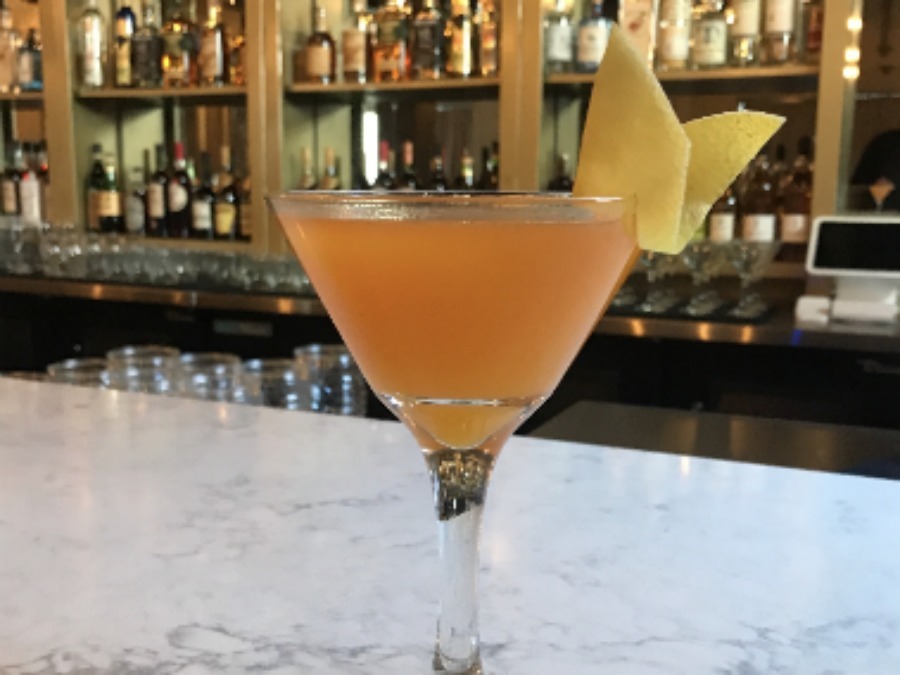 So, how does the membership work?

A membership is $250 a year, plus $50 a month that applies as a credit towards drinks. It is a use-it-or-lose-it credit and does not roll over into another month.

Skwiat said he plans to sell 1,000 memberships total. A "couple hundred" have already been sold, he said.

He added that memberships likely will increase over time, but those that claim theirs early would be "grandfathered" in.

Memberships can be purchased at the bar or via email, mobsocialclubaz@gmail.com.

Until all the memberships are sold, the bar is open to the public so people can see the inside and get a taste of the atmosphere and the bar's drink menu.

There is no food nor is food allowed in. One exception is the 10-person private dining room that can be used for special events.