Meet Roses By The Stairs Brewing: 'Scrappy,' experimental brewery to open in Phoenix 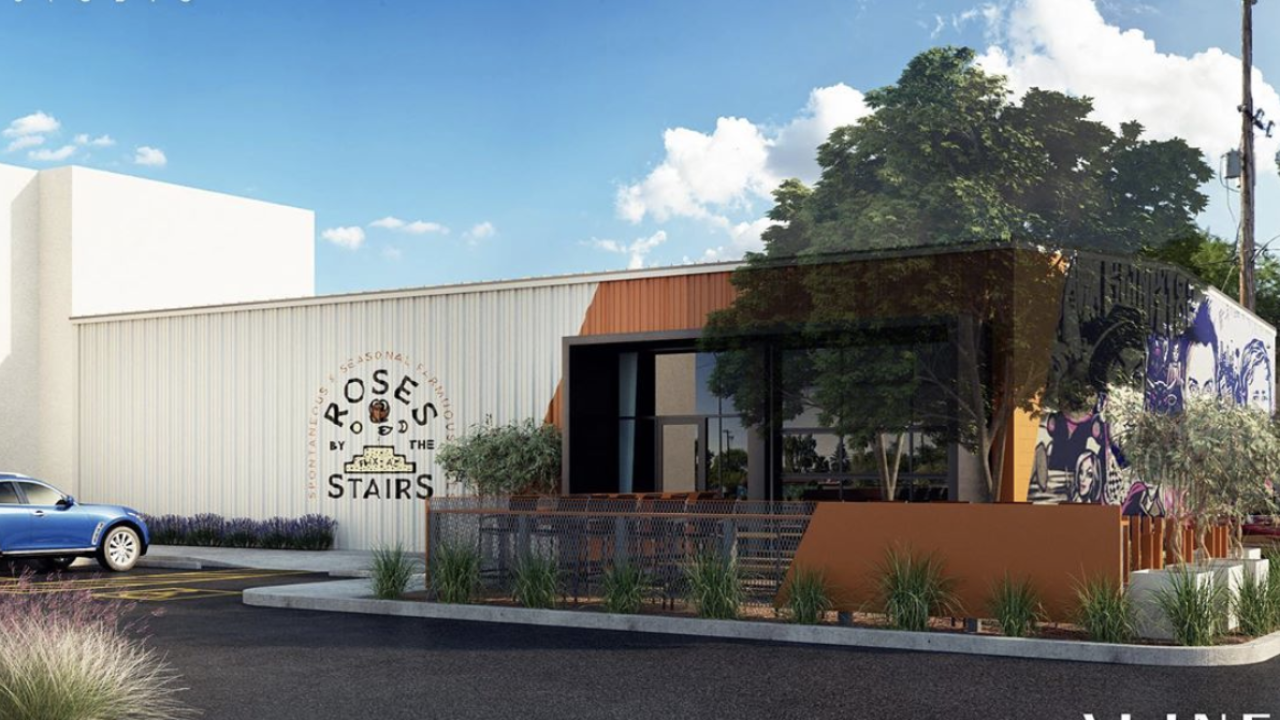 PHOENIX — Roses By The Stairs Brewing, a scrappy, no-waste brewery named after a lyric in a popular Blink 182 song, is set to open in part of the building that formerly housed Easley's Costume Shop. (Easley's closed in 2019 after 72 years in business.)

Owner Jordan Ham, an engineer and hobbyist homebrewer, said his "farmhouse-inspired brewery" would focus on experimental brews using Arizona ingredients grown by local farmers, such as prickly pear and Saguaro fruit, as well as sours, barrel-aged sours, IPAs, stouts, and "modern takes on the normal stuff."

"We want to challenge some people's taste buds," he said in a recent video interview with ABC15.

The brewery will take over about 4,200 square feet of the former Easley's building, split evenly between the brewery's production room and taproom, he said. It will also have a dog-friendly outdoor patio.

The taproom will have an 18-seat rectangular bar and a mix of lounge seating, farmhouse tables, and community tables, according to a schematic that was shared on the brewery's Instagram account.

Ham said he is building some of the tables and furniture himself using reclaimed wood.

"You’re going to see some dings on the furniture, might be a little crooked," he said, laughing. "We’re building from a family budget. You’re going to get the vibe of a kind of scrappy group of people trying to build a great business."

In a July post on Instagram, Ham wrote that he built three coffee tables using old wood pallets that he found.

There will be no food served at the brewery, though Ham said people would be allowed to -- even encouraged -- to order takeout from nearby restaurants and bring it with them to the taproom.

The brewery will also be 100% zero waste, using compostable materials and recycling the malt that's used to make its beer, he said. It will also support various causes, including 1% of the Planet, an organization that networks with other environmental organizations, education-related charities and causes, and breast cancer research.

Ham, whose mom died of breast cancer, said he wants to have a year-round pink beer on the menu that would raise money to help find a cure for the disease.

"We’re small. We’re not going to change the world ourselves, but I think we want to inspire other people," he said.

The brewery is in the permitting and approval part of the process. Construction has not yet begun, but once that starts, Ham said he is aiming for December 2020 at the earliest, but said early 2021 is probably more realistic.

He has hired a head brewer to lead the brewing operations, Ham said.

As for the name, Ham said he wanted the brewery's name to be different and unique.

"I was struggling with the name, and I thought, "All the small things" came on. I loved Blink 182 growing up, and I heard that line, I said, 'that’s it.' It's weird and people will probably shorten it, [but] people have loved it so far," he said.