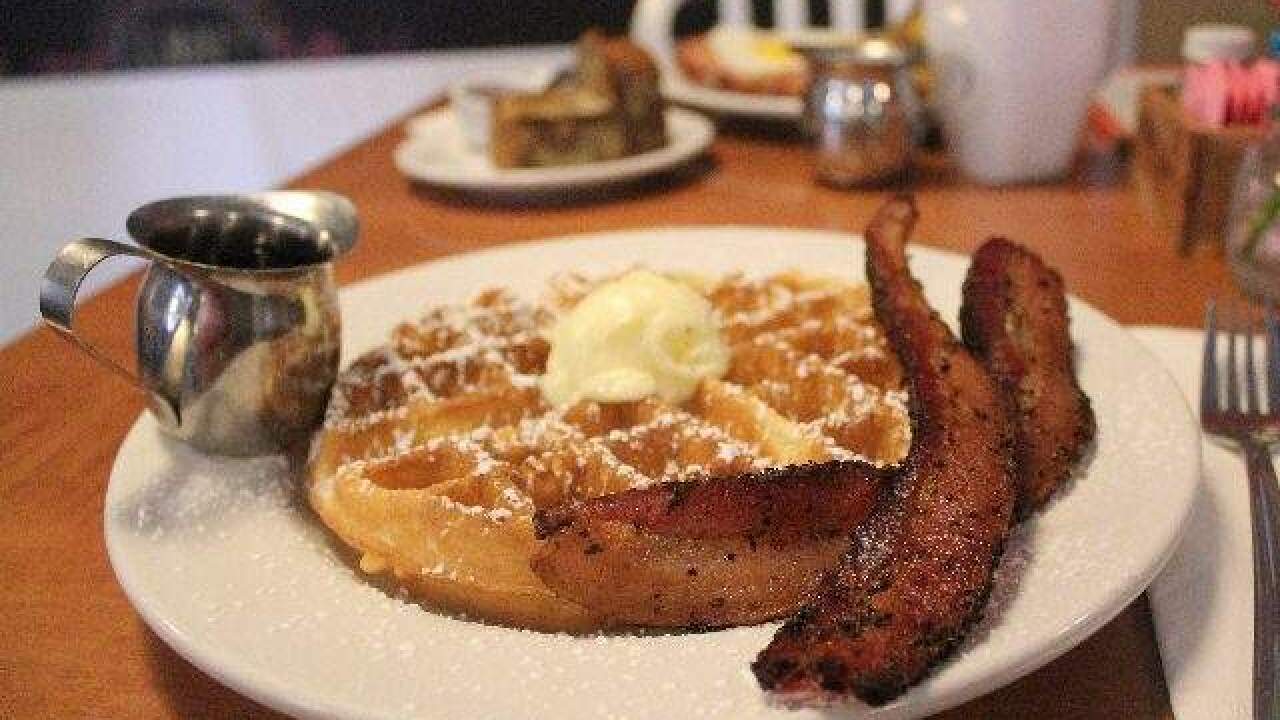 Copyright 2017 Scripps Media, Inc. All rights reserved. This material may not be published, broadcast, rewritten, or redistributed.
At <strong>Matt's Big Breakfast</strong>, Guy tried the Chop & Chick, which is two eggs, a skillet-seared pork rib chop with homefries and toast. Other staples include Matt's waffles and bacon. Since the show, Matt has expanded to four locations, including at Sky Harbor International Airport, Tempe, and the Biltmore Plaza.

SCOTTSDALE, AZ — Matt's Big Breakfast will open its latest restaurant in the Valley next week in north Scottsdale.

The restaurant, located on the southwest corner of Thunderbird and Scottsdale roads in Scottsdale, will open at 6:30 a.m. on Friday, Jan. 17. The first 50 people in line will receive free bacon for six months, according to a news release.

"Expect this location to have its own local feel, but the same quality, consistency, and service you've come to know and love from Matt's," Pool said in a written statement.

The opening will mark owner Matt's fifth restaurant in the Valley, which includes locations in downtown Phoenix, Tempe, and inside Terminal 4 at Phoenix Sky Harbor International Airport.

Pool founded the restaurant in 2004 inside a small building in downtown Phoenix before moving years later to a larger space down the street. The restaurant has also been featured on Food Network's "Diners, Drive-Ins and Dives."

Up until now, all of Matt's Big Breakfast locations have been located in the East Valley.

As we reported last year, the local restaurant chain has signed on to open a restaurant -- its first in the West Valley -- at the development near 75th Avenue and Rose Garden Lane in Glendale. It is the same development where Lou Malnati's plans to open a location focused on carryout and delivery. That location is expected to open sometime this summer, Pool previously told ABC15.

Matt's is known for its farm-fresh ingredients an all-day breakfast. Staple items include The Hog & Chick, which is two eggs, thick-cut bacon or country sausage; The Chop & Chip, Two eggs and a skillet-seared Iowa pork rib chop; and its pancakes. They also have burgers and sandwiches.