Maryvale Baseball Park, the Spring Training home of the Milwaukee Brewers, will undergo more than $56 million in renovations at the end of the current Spring Training season.

Construction is scheduled to begin in late March and will be completed before next year's Spring Training games, said HKS Architects, the company contracted to do the renovations, in a news release.

The renovations include a new entrance, dubbed the Home Plate Gate, with an upgraded ticket office, retail store, restrooms, and concessions. The players will notice new locker rooms, practice field and batting tunnels. 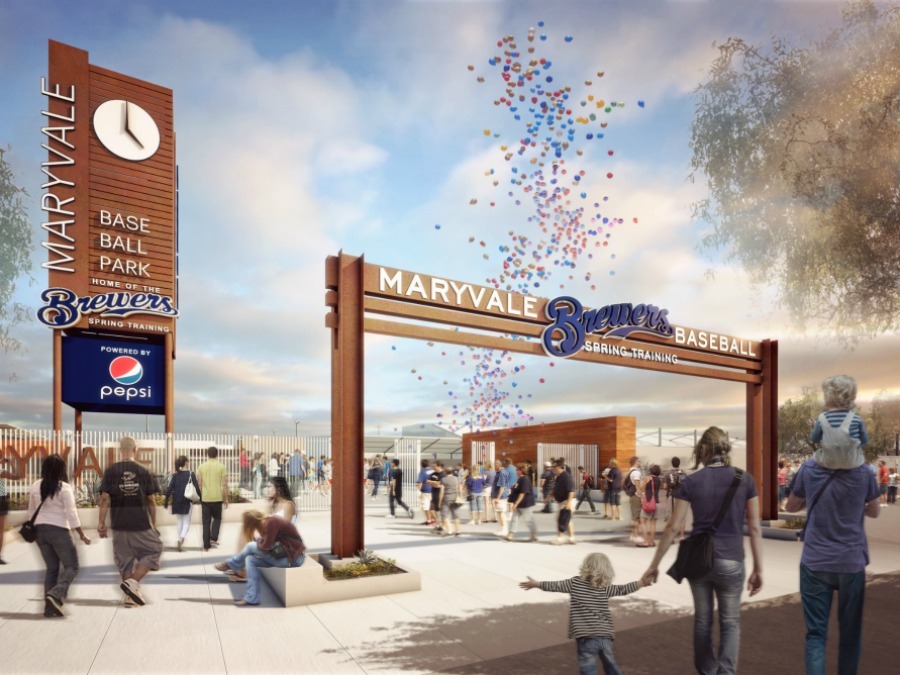 The renovations include an upgraded entrance, plaza and gate behind home plate. It will also include a new ticketing office and access to the team retail store.

The Brewers also plan to build a "flagship" retail store at Maryvale Ballpark. It will be near the new home plate entrance gate and people will be able to visit the store on non-game days.

The current scoreboard will be replaced with a new one and located in left field. 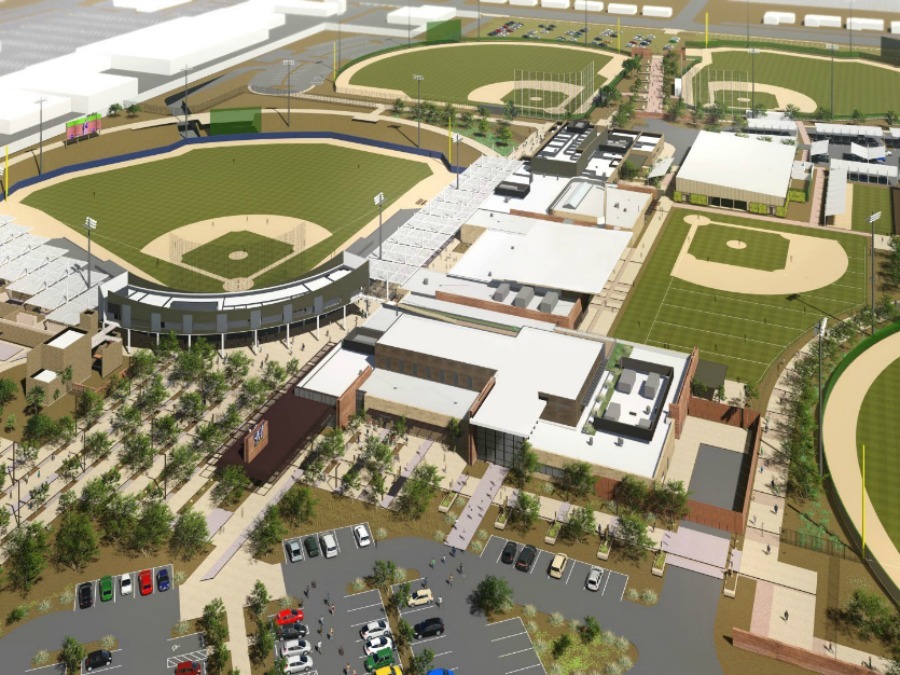 A two-story, 82,000-square-foot building will be constructed at the stadium and connect to the current Major League clubhouse building. The building will have new locker rooms and training spaces for teams; the new retail store and ticketing office; restrooms and concession stands.

As part of the construction, the first base concourse will be "widened to accommodate better pedestrian traffic," the release said. The current Minor League building and another building along the first base line will be torn down.

The current clubhouse will be renovated to add psychological services and business operations offices.

The stadium will take on an "Oasis" theme, according to the release, "with a goal to provide improved aesthetics, help define circulation paths and use areas." Irrigation will also be installed.

The press box, GM suites and party suite will get new windows, paint and other finishes.

WHO IS FUNDING THE UPGRADES?

Phoenix City Council approved a measure in November 2017 to renovate the ballpark. The Brewers will invest $56 - $60 million and will take over operations and maintenance of the facility after 2018 Spring Training.

GALLERY: See more photos of what the renovations are expected to look like

Phoenix will provide $10 million ($2 million each year for five years) toward the renovations and the Arizona Sports and Tourism Authority will provide $5.7 million.

The team has also partnered with Grand Canyon University to create a "Learning Lounge" where students in the area can receive free tutoring.

The Brewers have been at Maryvale Baseball Park since it opened in 1998. Under the new agreement, the team will remain in the Cactus League through at least 2042, and will have the option to purchase the property at an appraised value at the end of the lease.