Think you can earn a place on the wall by dominating one of these food challenges in Arizona?

It has been a few years since Adam Richman hosted Man v. Food on the Travel Channel (it's now called Man v. Food Nation), but that does not mean the food challenges he tackled -- er, tried to tackle -- have gone away.

In one of his episodes, Richman took on three challenges at Phoenix restaurants -- Chompies, Alice Cooper's Cooper'stown, and Los Reyes De La Torta.

Down in Tucson? Richman visited Mi Nidito and Lindy's on Fourth.

Looking for more? Here are 12 food challenges to try around the Valley

Here's a look at those challenges featured on Man vs. Food. 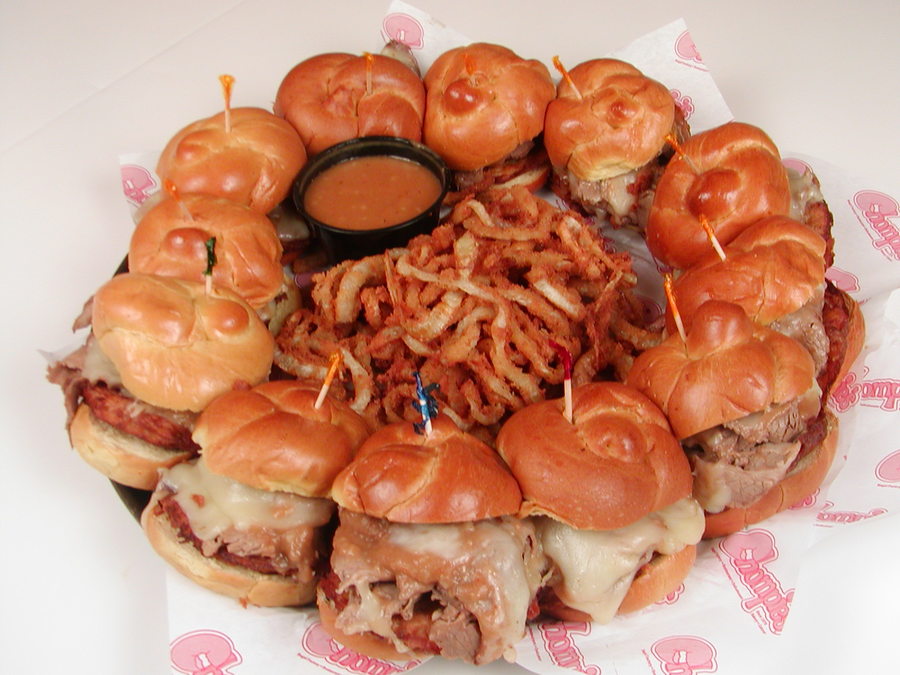 Adam visited Chompies in 2010 to take on their Jewish Slider Challenge. Each slider has brisket and a potato pancake smothered in cheese, between a challah roll. The challenge is to eat a dozen of them in 30 minutes. Just you. No help.

IF YOU GO:
Chompies has five locations in the Valley: Chandler, Glendale, Phoenix, Scottsdale and Tempe
www.chompies.com

Alice Cooper was born in Detroit, Michigan and later moved to Phoenix, where he began his rock career. He also opened Cooper'stown, a restaurant and bar named after him, which features some cool music memorabilia. Adam stopped by to check out "The Big Unit Hot Dog," a 22-inch, one-pound Vienna hot dog served in a baguette, with a side of crispy fries. The "Man v. Food Bases Loaded Big Unit" is topped with chili, cheese sauce, sauerkraut, jalapenos, chopped onions, diced tomatoes and relish. Oh yeah, it's served with fries, too.

The challenge is simple -- to finish it.

Los Reyes de la Torta is a Mexican eatery with two Valley locations that focuses on flavors from Mexico City. Adam stopped by to try the Torta Del Rey. While not labeled a challenge, it is a BIG sandwich. The meats alone include ham, pork sirloin, breaded beef, sausage and chorizo. It's topped with cheese, tomatoes, avocado, chipotle sauce, refried beans, and potato ruffles.

Again, no official challenge here, but if you can finish it -- gold stars for you.

IF YOU GO:
Three Valley locations: Two in Phoenix and one in Tempe
www.losreyesdelatortaphx.com

Mi Nidito is a Mexican eatery in Tucson. Adam tried a variety of dishes, including the Carne Seca, or dried beef. They've served a few famous guests over the years, including President Bill Clinton and singer Enrique Iglesias.

When you read what this burger is made of, you'll understand why it is called the "OMFG." (During, Adam's appearance, it was the OMG burger.) It's nine 1/3 burger patties, each covered with cheddar and Swiss cheese, lettuce, tomato, onion and Lindy's Sauce. That equates to three pounds of meat and one pound of cheese. The challenge? You have to eat it in 30 minutes or less.