Luci's at the Orchard debuts its bubble gum 'unicorn shake' 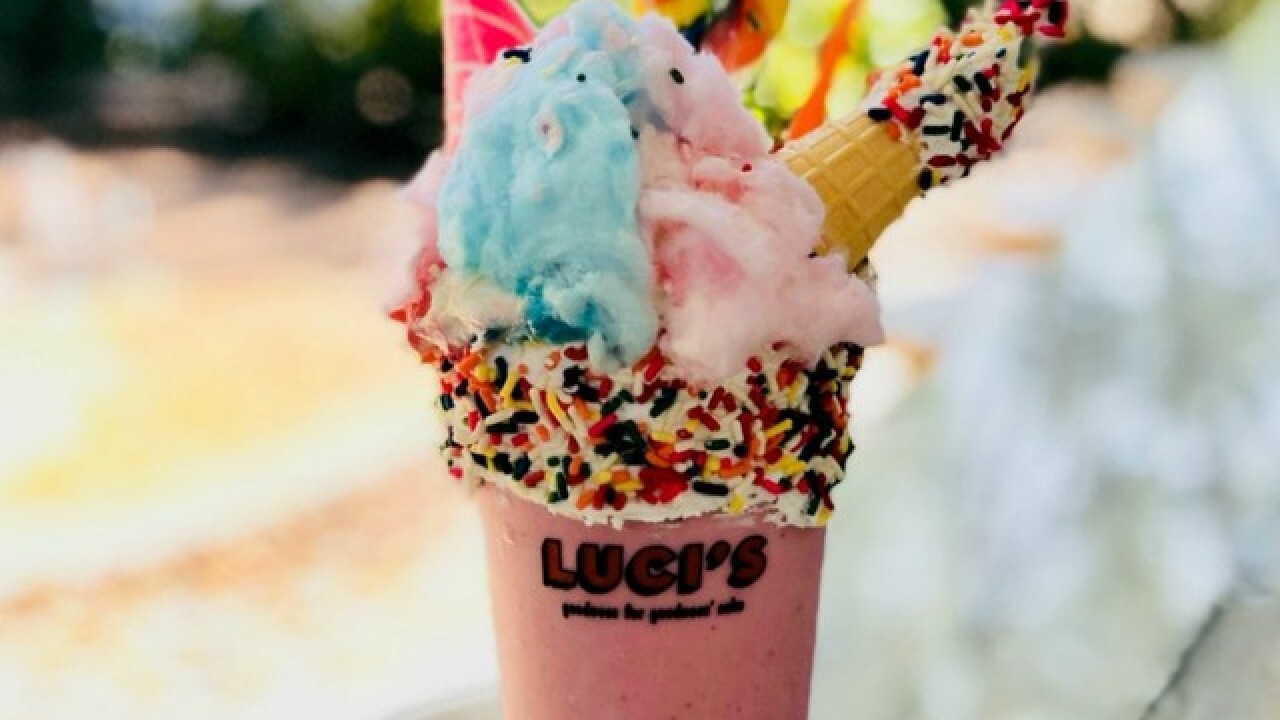 Unicorns may not be real, but the "Unicorn Shake" sure is.

Based on the ingredients alone, it's practically a candy store in a cup. (And we're not complaining about that.)

The milkshake starts with a vanilla frosting-coated cup crusted with sprinkles. The inside is filled with bubble gum-flavored ice cream, followed by a few puffs of cotton candy, a swirl lollipop, and two frosting-covered ice cream cones.

Looking for another crazy dessert shake to try this summer?

This is the "Unicorn Shake" at Luci's At The Orchard. It is bubble gum ice cream topped with cotton candy, a swirl lollipop & mini cones. The cup is frosted with vanilla frosting & covered in sprinkles.

Sugar high? Probably. Calories? Do you really want to know?

It recently made its debut at Splurge Ice Cream at Luci's at the Orchard, 7100 N. 12th Street, Phoenix AZ 85020, part of Luci's Urban Concepts, the same people behind Luci's Marketplace.

Other dessert shops in the Valley have come up with some over-the-top creations, including cereal ice cream sandwiches at Creamistry; the "Show Stopper Shake" at Hotel Valley Ho; and the cake shake at Great Gadsby Bakery in Gilbert (they were taken off the menu for a while, but have since been brought back.)