LIST: Spring Training, other events changing plans due to rain in Phoenix 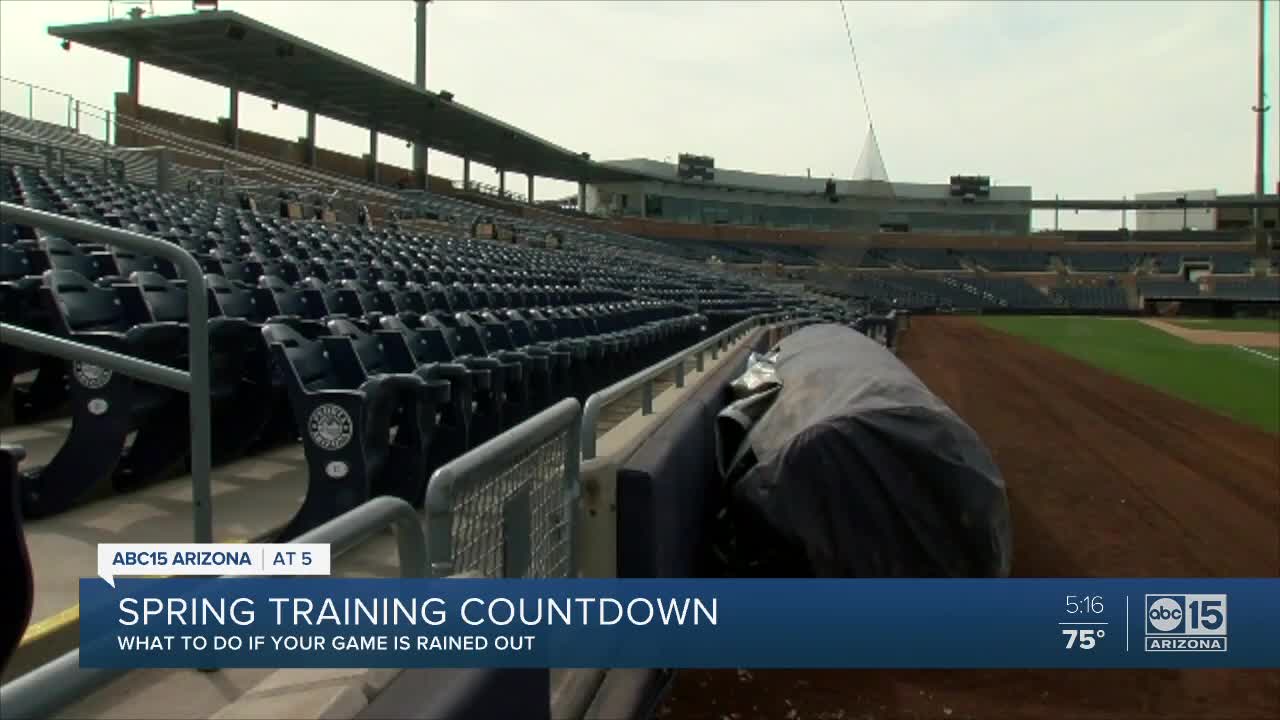 Final preps are being done for the slew of spring training games scheduled for Saturday, but with rain in the forecast, many of those games may be washed out. 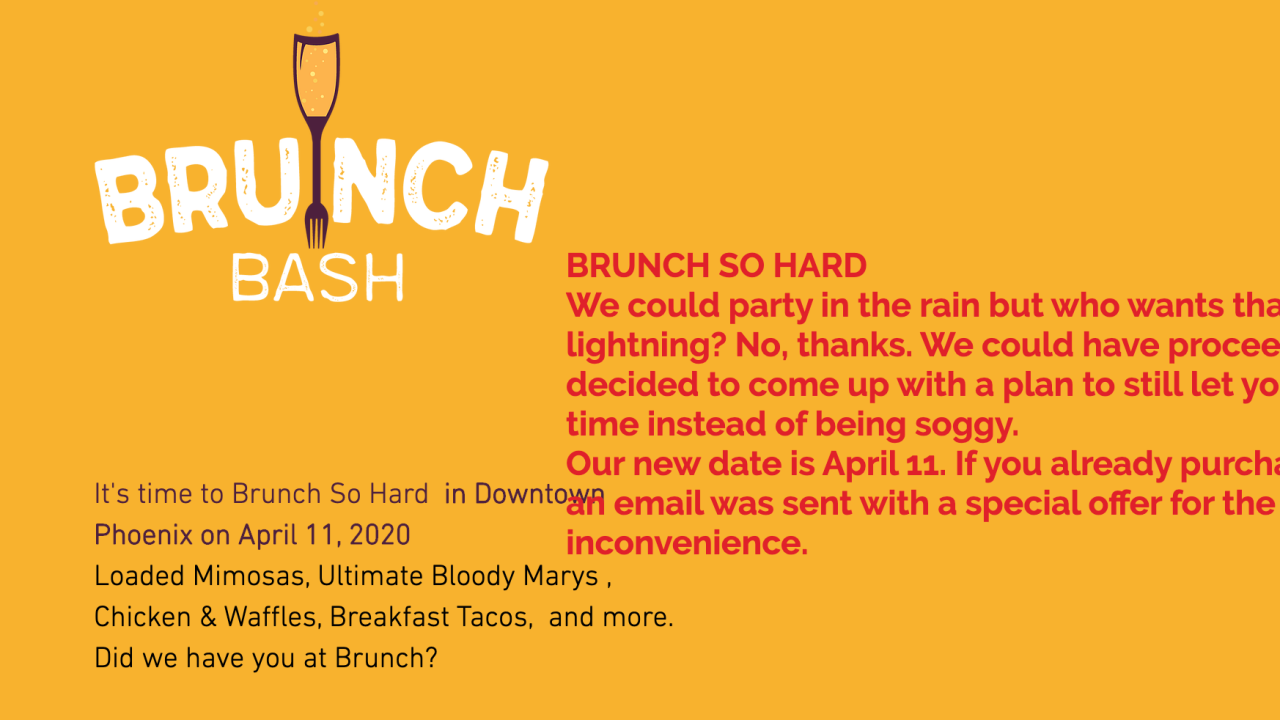 PHOENIX — With rain falling on much of the Valley on Saturday, some events and festivals have made the decision to reschedule their events.

Saturday also marks opening day for Spring Training in Arizona, though specific decisions about those games will be made closer to game time, we're told.

Here are the event changes we know about, so far:

Organizers decided to rescheduled the brunch-themed food festival, which was scheduled for Saturday at Civic Space Park. According to an update on the event's website, the festival has been rescheduled to April 11, 2020.

The Gilbert Outdoor Expo, which was set to happen on Saturday at the Riparian Preserve, has been rescheduled for March 7, according to the Gilbert Parks and Recreation Facebook page.

Those planning to attend Devour Culinary Classic on Saturday should bring their umbrellas and rain boots, according to organizers, because the event is still on, rain or shine. The food festival is sold out.

No matter the rain, the Japanese cultural festival will go on Saturday as planned, according to the festival's website. The free festival will take place Saturday and Sunday at Steele Indian School Park. There will be live performances, food and drinks for purchase, and a marketplace.

MARDI GRAS AT THE QUARTER

Because of the rain, The Scottsdale Quarter has decided to cancel its planned Mardi Gras celebration. The event has been rescheduled for March 7.