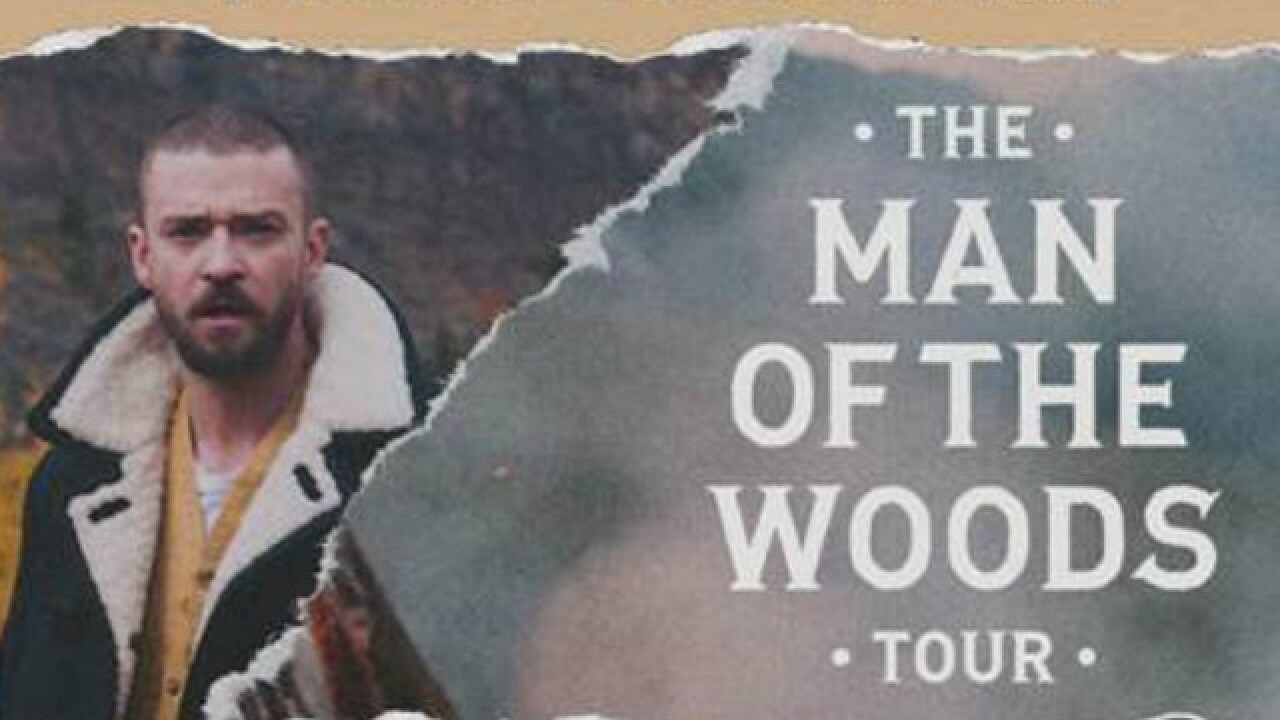 In a statement, Live Nation said the singer has bruised vocal cords.

Timberlake's "Man of the Woods" tour was scheduled to return to Phoenix for a second show on Thursday, Nov. 29. It made an earlier stop in May.

*ATTN* As a result of bruised vocal cords, the @jtimberlake concert scheduled for this Thurs, 11/29 is postponed.

Fans, please hold onto your tickets pending updated show info - they will be honored at the rescheduled date. Justin is sorry for the inconvenience to his fans. pic.twitter.com/fBXeNPQC7x

Those who have tickets to the show should hold on to them, Live Nation said, because they will be honored at the rescheduled show. A new date has not yet been announced.

The singer also canceled his concert at Los Angeles' Staples Center, which was scheduled for Tuesday, Nov. 27.

The next scheduled stop is Dec. 1 at T-Mobile Arena in Las Vegas.