Is Eegee's headed back to Phoenix? Tucson chain shows interest in opening 3 locations 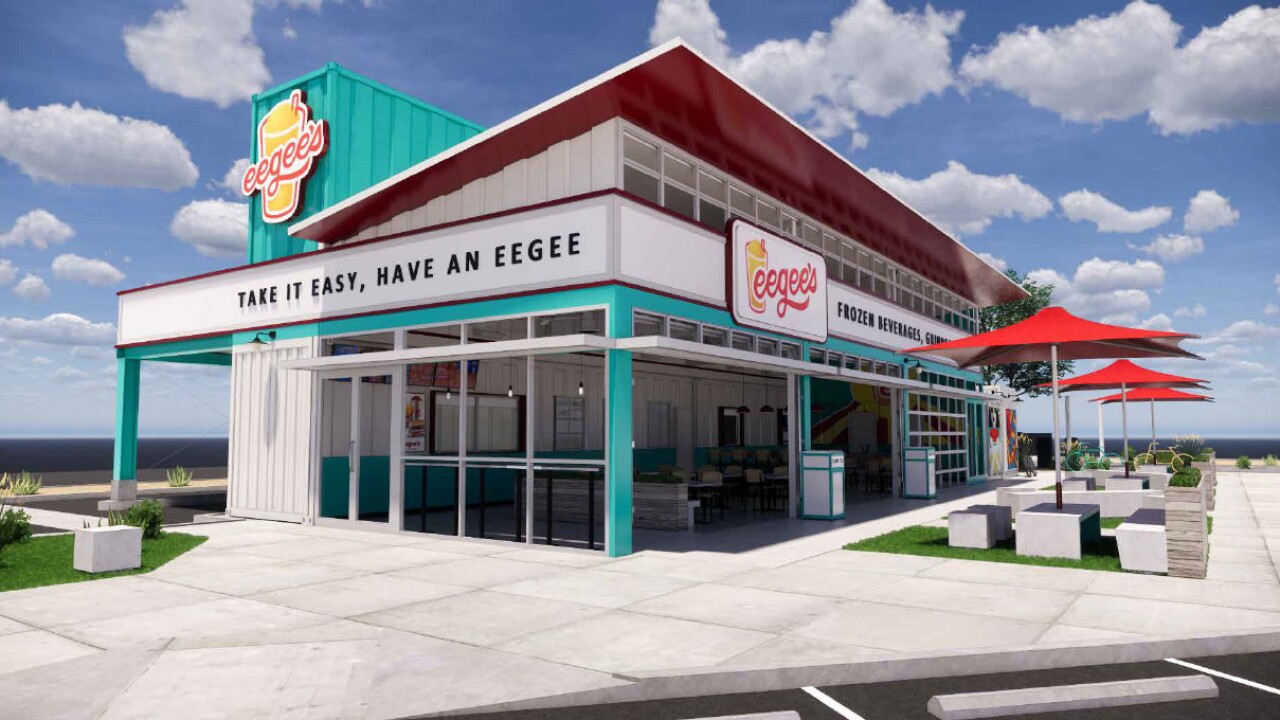 PHOENIX — Update (Oct. 16): It is official: On Friday, Eegee's confirmed that it was headed back to Phoenix and would open five restaurants in the Valley. Here is our latest story.

Eegee's, the popular fast-food chain in Tucson with a cult-like following, is in the midst of an expansion and it appears that expansion includes a return to Phoenix.

Earlier this week, eegee's announced that it would open seven more restaurants in the Tucson area in 2021, including at least one that would be made out of shipping containers, a new design for the restaurant chain.

“The shipping container prototype has been in the works all year, and we’re very excited to unveil it this fall,” CEO Ron Petty said in a statement. “The look and feel of eegee’s has evolved, but the menu will continue to feature our classic favorites.”

That location is expected to open in January at The Landing on Irvington Road shopping center in Tucson, a news release said. Specific locations for the other six restaurants were not announced.

But, what about Phoenix?

While there has been no official announcement from eegee's yet, the fast-food concept has bought Facebook ads teasing a "secret" in Phoenix and has also submitted initial documents to potentially open at least three restaurants in the Valley.

A spokesperson was unable to confirm any plans for Phoenix when reached by ABC15, but said the chain did have locations in the Valley back in the 1980s. Those have since closed.

"Hey Phoenix, we have a secret to tell you," one recent sponsored Facebook post read, followed by a photo featuring a trio of eegee's signature frozen drinks.

Eegee's has filed or submitted plans to open restaurants in Gilbert, Mesa, and Phoenix.

In Gilbert, eegee's submitted documents requesting to modify the exterior and to add a canopy over the drive-thru of an old Arby's restaurant near Val Vista Drive and Baseline Road, according to Jennifer Harrison, deputy director of the Office of Digital Government for the Town of Gilbert.

In Mesa, eegee's has submitted a pre-submittal application, the first step in the development and planning process, to open a restaurant near the U.S. 60 and Crismon Road, according to the economic department's website.

Eegee's had a pre-application meeting regarding a location near 35th and Peoria avenues, according to the City of Phoenix, but has not yet filed further documents.

No applications or documents have been submitted in Chandler, Scottsdale, or Tempe, according to city spokespersons.

Eegee's was founded in 1971 in Tucson by Ed Irving and Bob Greenberg. The restaurant chain was sold in 2006 to CEO Foods, a restaurant group based in Southern California, and was sold again in 2018 to 39 North Capital and Kitchen Fund.

The menu at eegee's features sandwiches, grinders, salads, hot dogs, and seasoned fries, as well as pretzels and their signature slushies. There are at least 24 locations in Tucson, according to the online menu.

Editor's note: This article was updated to include some additional information about the history of eegee's in Tucson.