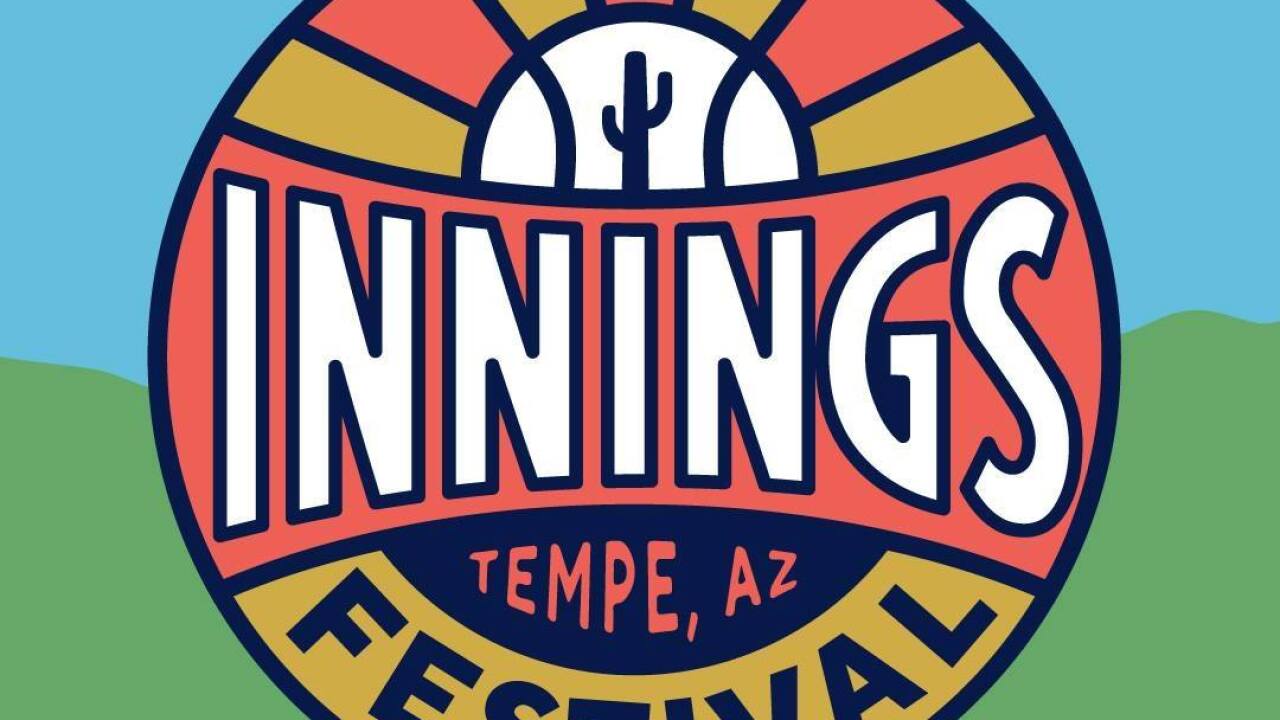 TEMPE, AZ — The 2021 edition of the Innings Festival has been canceled.

Organizers quietly announced the news Thursday in a brief statement posted to the festival’s website.

“The next edition of Innings Festival will take place in early Spring of 2022, a decision made out of an abundance of caution for fans, artists, partners, staff and the Tempe community. We are thankful for all Innings Fest fans, and we can’t wait to see you then!”

The weekend baseball-inspired festival is usually held in the spring during Spring Training at Tempe Beach Park, and features food and drinks, music, and visits from past MLB players.

Dates for the 2022 festival were not announced.

Last week, the City of Tempe said it would temporarily stop approving permits for large events due to the increase in COVID-19 cases around the state, which effectively canceled the fall edition of the Tempe Festival of the Arts and the Ironman competition.

A decision regarding the Rock ’n’ Roll Arizona races in January has not been determined yet.

A spokesperson for the City of Tempe said staff has been in communication with race organizers to determine if a permit will be issued for that event.

Typically, permits are issued 30 days ahead of the event, she said.

Due to the pandemic, the Fantasy of Lights parade and boat parade in downtown Tempe we also canceled, as was the APS Light Parade in Phoenix.

Instead, Downtown Tempe will host a holiday special via its Facebook page on Thanksgiving.

Join us for our #DowntownTempe Holiday Special on Facebook Live at 7 p.m. on Thanksgiving Day presented by @EdwardJones! We have some special surprises, holiday tunes and warm messages from Tempe mayor @mayorcoreywoods, Tempe City Council and a guest from the North Pole! 🎅🏼 pic.twitter.com/zxurUjUs4L

ABC15 plans to re-air portions of the 2019 APS Light Parade with updated messages and videos in a 60-minute holiday special on Sunday, Dec. 6 at 4 p.m.